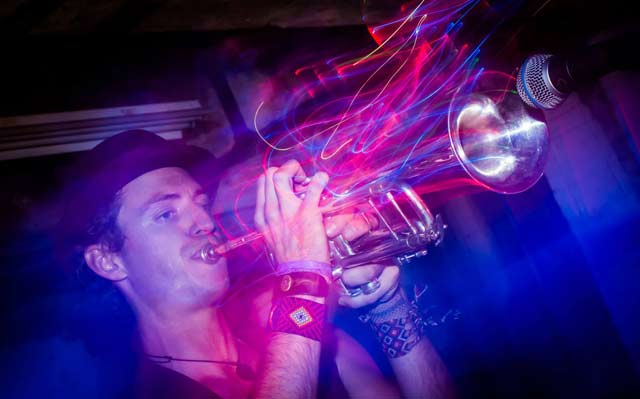 This disc is not your common and cursory visit to Latin America to sample the sounds of its popular music. It is not a mash-up, a proverbial collision of musical cultures either. Rather it is a full-fledged immersion into the heart of the native cultures of Brasil and elsewhere. It is a talented young artist’s rather risqué adventure into the shamanistic world of Brasil (and elsewhere). Ben Harris or Iemanjo as he likes to call himself is that young artist and he is to be commended for not only taking the road less taken, but following it with the soulful privations of a later-day Carlos Castañeda. Likewise Iemanjo seemingly happened almost as if the mystical nectar of peyote seeped into the music’s very pores. 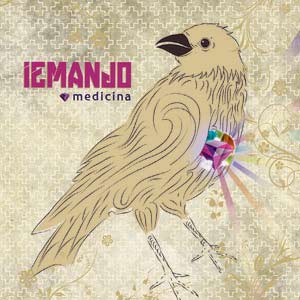 I like very much the stark quality of the package. There are no frills here; just a very inventive way of showing how with a little mistura fina Iemanjo has experienced life in the raw, so to speak. The multi-instrumentalist chose what seems to have been the harder way to connect with native cultures: via the world of shamans and medicine men and women. Admittedly the ten tracks of Medicina are gems in an uneven offering, but listening to these visceral performances, of most glowing and delectable instrumentalism and vocalastics, I am left quite taken by each and every one of them.

Viscous and raw-toned, with formidable power and dexterity, when required, all of these performances recreate the deepest heart of the native idiom, vivacious and drenched in the emotion and drama of musical medicine to a rare degree. Iemanjo captures all of the excitement of the chase through the tropical heat and he is thrillingly away with the horns and the hounds of the jungle strut. His way with the proclivities of sacred worship to Lemanjá is hauntingly beautiful and makes you yearn to be a part of the roistering celebrations.

The success of the album lies in the depth of feeling in each of the songs, culminating in the ethereal track “A Vision” played simultaneously dark and enlightening, aloof and immediate – a seemingly complete transformation of the musical mind. It is a song that pays tribute to the idioms and of the world that Iemanjo inhabits, albeit for this brief time of the music-making. But he does so with utter honesty and with total empathy. This is probably not a record for the faint-hearted but rather for those who enjoy dark and menacing regions of the mind.

In saying so, I am tempted to go the distance and suggest that big things are yet to come from Iemanjo. I for one will be watching and waiting in the hope that he might not only pay another visit to Latin America, but also carouse with the shamans once again through its musical topography to produce a somewhat longer recording digging deeper into the bottomless world of mystery.

Born in Berkeley, California, Ben Harris grew up in the cultural melting pot of the Bay Area, where he developed an insatiable musical appetite and a discriminating ear as he learned to play the trumpet and various Afro-Latin drums. A move to Seattle in 2007 led to Harris expanding his oeuvre, playing everything from Mariachi and Samba/Bossa Nova to orchestral rock, jazz and Balinese Gamelan music. Read more…