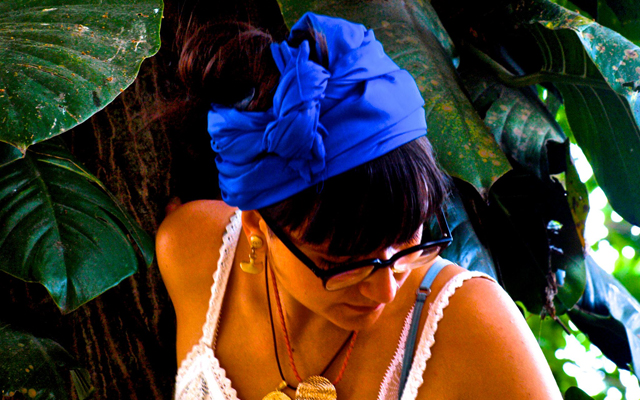 Little is known about the Colombian poet, Rubén Dario Giraldo. His daughter, an extraordinary musician who also happens to be a pianist and vocalist has recently produced Padre, a work dedicated to him, which sets some of his poetry to music. The package includes a single sliver of watermarked paper with four of his poems. Here get a sense of the tormented genius that Ruben Dario Giraldo was. He has, we find, an elemental connection with his soul, that innermost being, and this gives him a mystical connection with the earth, from the depths of its fecund soil to the vanishing dome of the limitless sky. The space in between is peopled by the spirit of angels and disappearing friends, and of a heartache that he felt for a land of his birth that never left him especially after he moved his family to the safety of Canada. The striking imagery of Giraldo’s poetry is informed a fecund world always out of reach yet beckoning his restless, weeping spirit. All of this complex inner beauty, spun out in smoldering metaphors might have been difficult to set to music, were it not for his daughter who has almost magically made a connection with her father’s very soul. 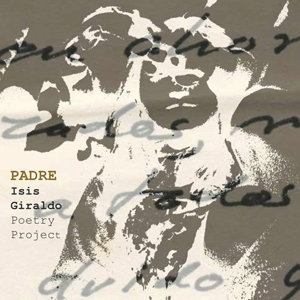 Isis Giraldo, the poet’s daughter has created a mesmerising song-cycle based on these poems, whose mysterious protagonist comes alive once again. Ms. Giraldo expresses both the fragility and force of Ruben Dario Giraldo’s poems through glinting, gauze-like textures and moments of clattering tumult. The richly varied vocal writing can be said to draw on Claudio Monteverdi’s technique of ‘stile concitato’ where the voice rapidly repeats a single tone, here capturing the poet’s doubt and urgency. Isis Giraldo’s agile, luminous voice is ideal, and sings with power and subtlety, superbly matched by her own pianism complemented by the virtuoso playing of the musicians who accompany her – especially Jane Chan’s eerie cello, bowed with great intuition as she brings colour to the recitatives. Ms Chan illuminates Isis Giraldo’s characteristic handling of textures clearest in the lyricism of entwined voices (hers and the rest of the superb vocalists). These sections, while exquisite in their ensemble, are also marked by a warmth of individual tones absent in many recordings of this kind.

This disc is also unique in the way it embeds Ruben Dario Giraldo’s poetry, written in a uniquely Colombian idiom, in a modern setting informed by diaphanous classical aria-like songs, with just the right elements of improvised music. Wedged between these effects are dance, song, and keyboard solos performed by Isis Giraldo together with an ensemble including superb work by Simon Millerd on trumpet, Mike Bjella on clarinet and tenor saxophone and Kai Basanta on drums. It is magical to listen to the haunting manner in which this instrumentation has been idiomatically written into the piano, cello, Ben Dwyer’s bass, and vocal parts. We are given a superb view of what inspired the poet – especially in music set to ‘Lagrimas y Aullidos’ and ‘Verde’, performed with aching beauty by Ms. Giraldo – both in her handling of the recitatives and the piano as well. In ‘Amigo’ Isis Giraldo gives us this melody as her own poetic arrangement for piano and ensemble shows her powers to reinvent and draw us into the world of her father Ruben Dario Giraldo.