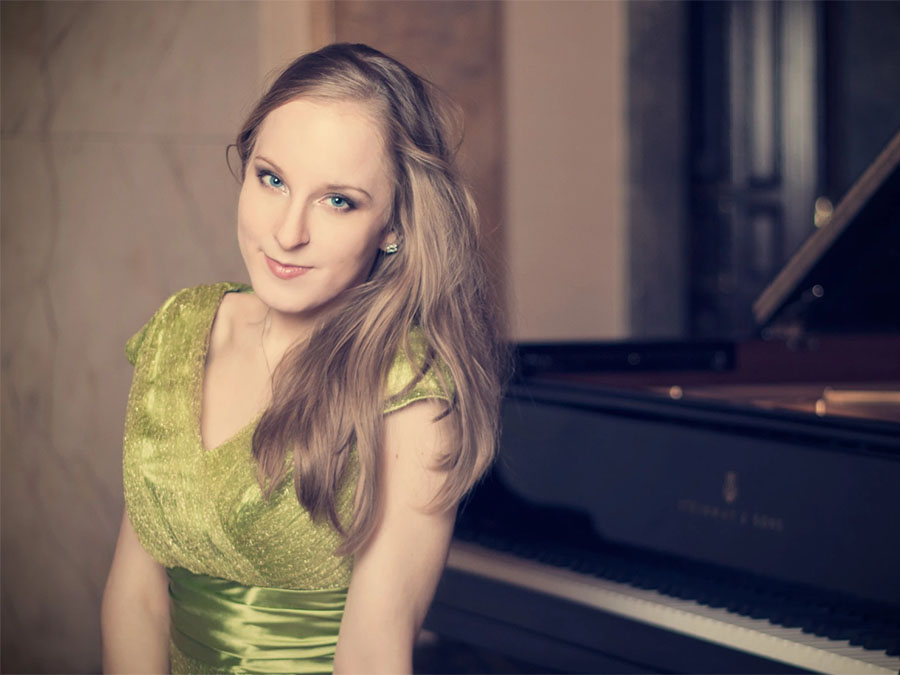 The lack of recognition for the work of Grazyna Bacewicz [1909-1969] – even among music’s cognoscenti – is something of mystery. The Polish violinist and composer, a pupil of the legendary Nadia Boulanger, deserves to be better known than she is, not only in her native Poland, or Europe, but in the rest of the world as well. The compositions on this recording by the young pianist Joanna Sochacka reveal the composer’s prodigious gift for composition and a radical approach to the instrument as well.

Broadly, however, Miss Bacewicz’s creative soundworld may reveal overt references to traditional classical music, but like works by Chopin and – more especially Liszt – she recontextualises the flavour of European classicism in an inimitably personal manner and often expresses herself in a complex harmonic and rhythmic style in which conflicting layers of harmony and tempi are used to drive the music forward.

Grazyna Bacewicz’s music clearly goes beyond tonality and atonality, and beyond postmodernism. This utterly unique musical voice seems to speak in a very special way to Miss Sochacka, who approaches their often finger-breaking complexity with a fearless sense of adventure. It is with that very bold, questing exploration at the heart of Miss Sochacka’s pianism that opens up the composer’s singular soundworld to us. By placing the repertoire in the reverse chronological order in which they were composed we return to an earlier place in Miss Bacewicz’s career to discover a remarkably well-formed composer two years before her association with Miss Boulanger in Paris.

However, whether we join Miss Sochacka in the “Piano Sonata” of 1930 or dig deep with the pianist in the “Piano Sonata 1” [1949] or the Piano Sonata 2 [1953] which unlocks the portal to Miss Bacewicz’s world we are witness to a composer who is bold and profound virtually reinventing the classical form – as she also does in the “Two Piano Etudes” [1952] and the hauntingly memorable “Concert Etude” [1949]. Writing as if possessed of a Lisztian sensibility, Miss Bacewicz explores the keyboard with visionary fearlessness. For her part Miss Sochacka traverses the instrument by unlocking the interplay of right and left hands – the effects of dazzling harmonic interaction with breathtaking dynamic and a multiplicity of rhythm and tempi.

The two premiere recordings – the “Concert Etude” [1949] and the “Piano Sonata” [1930] – are spectacularly revealed; the former in a mistily impressionistic veil of sound and the latter as a marvellous union of poetry and technique, at once beautifully evocative and utterly original. Here, as everywhere else, Miss Sochacka manages the technical and polyrhythmic challenges with complete assurance, and brings out a kaleidoscopic array of nuances and colour. All of this is in keeping with Grazyna Bacewicz’s visionary gift for creating hauntingly memorable sounds.