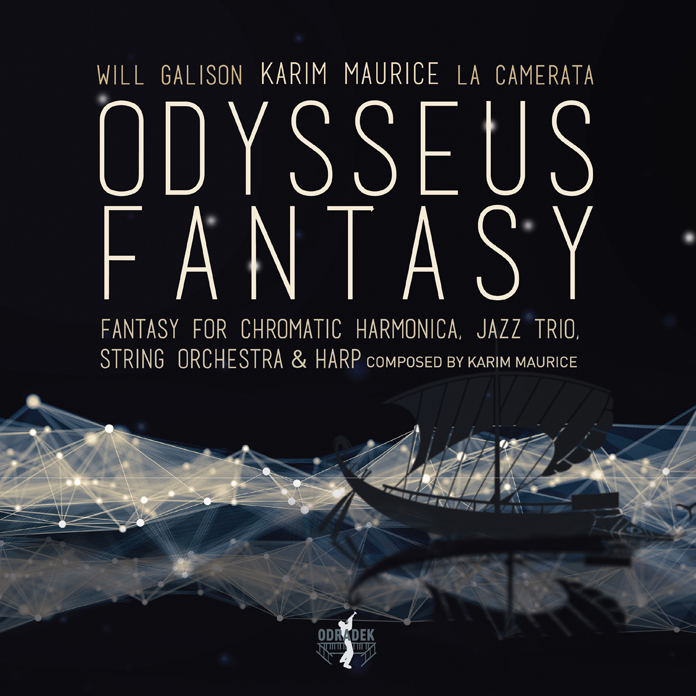 Among the most eminent works of music that celebrate the gods and titans is Beethoven’s Prometheus Overture, which was written by the master for his longer, two-act heroic-allegorical ballet Die Geschöpfe des Prometheus (The Creatures of Prometheus), Opus 23. Also towering over many symbolic works is Wagner’s monumental cycle Der Ring des Nibelungen (The Ring of the Nibelung), WWV 86 based loosely on Der Nibelunge liet (The Song of the Nibelungs), an epic poem from around 1200 written in Middle High German by an anonymous poet likely from the region of Passau. The Odysseus Fantasy from the pen of Karim Maurice is more aligned to the latter work although likely also draws inspiration from the heroic-allegorical nature of Beethoven’s 1801 work. The work is, of course, based on The Odyssey, Homer’s sequel to the 8th century epic The Iliad; the former tracing the decade-long voyage of King Odysseus back to his kingdom of Ithaca after the decade-long Trojan War.

Recordings that bode well on paper are often disappointing in reality. Others fall short when fine playing is compromised by the poor sound quality itself. But every now and again a recording comes along that stops the breath and makes your heart skip a beat, making you want to hand out copies of it to complete strangers. Odysseus Fantasy is one of those instances. This has everything to do with the work itself – one that is episodically set in seven parts beginning with Odysseus’ encounter and entrapment by the goddess Circe, cutting back to the fate of his wife Penelope’s dilemma and challenge of dealing with suitors for her hand and the kingdom of Ithaca after (they have declared) Odysseus dead in the ill-fated Trojan War, to his penultimate challenge with the Sirens’ Song and his final return to Ithaca where he is revealed as King and is reunited with Penelope.

As the work progresses, one is bedazzled by the composition by Mr Maurice who has combined a masterful sense of epic drama and an unerring instinct for pacing. His work combines the intellectual, Wagnerian acumen with the sense of heroism and of Romanticism that marks Beethoven’s work. The work moves seamlessly from its foreboding opening of “Circe” to the sure narrative sense, as involving as if it possessed the Homeric text itself. This is, of course, the guideline for the work and in booklet notes we have a fragment of a verse from Homer’s (translated) poem that serves as a guide to the narrative and the situation that Odysseus (had) found himself in.

The main attraction in terms of the performance is the masterful interpretation of the music by Will Galison, who brings his chromatic harmonica and its leaps and swoops to the rising and falling emotions of Odysseus as his trials ensue during his journey. Time and again you marvel at the confidence and sureness of Mr Galison’s playing, combined with the finesse and musicality that he always displays. It’s the kind of playing, in fact, where comparisons cease to matter. That being said, however, it is unlikely that one would not consider that the torch has, indeed, been passed by the great pioneer of the chromatic harmonica, Toots Thielemans, to this new generation that includes Mr Galison together with players such as Hendrik Meurkens and Grégoire Maret.

Mr Maurice is compelling on the piano as he “plays” some of the other characters in this dramatic interpretation of the Greek epic as is the chamber orchestra, La Camerata, masterfully directed by Gaël Rassaert. It must also be noted that the featuring of Karine Hahn-Rassaert on harp is a master-stroke. She handles the work assigned to her with sufficient momentum and also playing with a strikingly dreamy sense of wonder. Together with Mr Galison – the main instrumental protagonist here – the musicians hand the work symphonic range of thinking that Mr Maurice has infused it with. Soloists and ensemble raptly capture raison d’être of Mr Maurice’s work which, in turn, has exquisitely captured the power and emotion of Homer’s great epic.