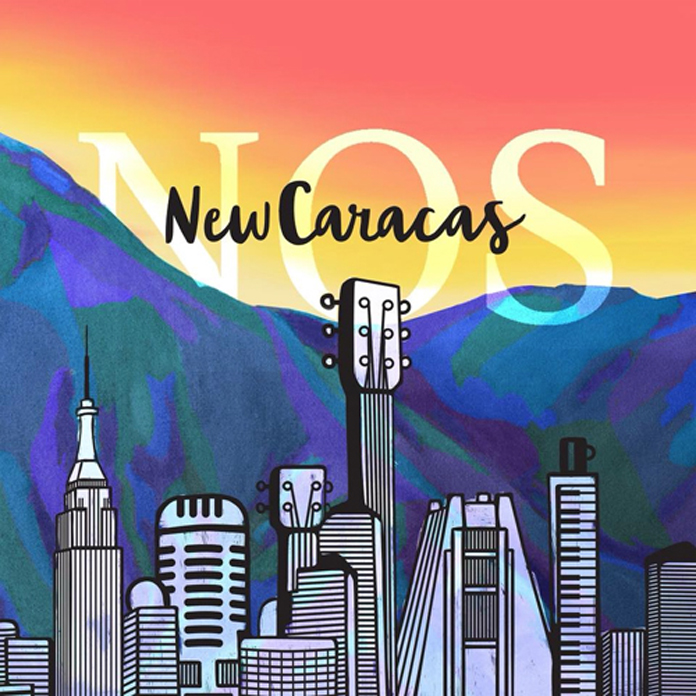 That music this beautiful and life-affirming can arise from the death-defying Venezuelan consciousness of principal songwriter Luis D’Elias and this group New Caracas comprising musicians from North and South America, is a testament to the fact that this music is a pure, healing instrument, a way of coping and overcoming the hard experiences and even harder emotions that come with them. It also takes real expertise to achieve this without descending into empty sentimentality. D’Elias with his lithe, fragile-sounding guitar and the other members of New Caracas – keyboards-specialist Evan Waaramaa, bassist PJ Duffy and drummer percussionist Brenden Pajak have all of this in spades. And it shows – especially in songs such as “Más Allá Del Sol”, “Hijos De La Sabana” and “En Los Llanos, La Piel”.

Like a majestic poem, Nos is a true portrait of the sociopolitical struggle the people of Venezuela is experiencing. It is the voice of a nation fighting for survival and for the reaffirmation of their identity in foreign lands during extremely difficult times.

And the strength hidden in Nos is buried in the delicacy of the music, a web of sympathetic parts working as one but held together not only by the large ensemble but principally by the elegiac voices of Alea, Andrea Tierra, Nella, Madám and the magical Jonathan Hoard who take possession of your sensibilities with their enthralling vocals; each of whom penetrate the heart of the songs that they have been selected to sing. The music, in turn, gives up its secrets in a manner that is utterly magical. Each singer has a special way of unlocking the emotions of the characters in the narratives using their shimmering imaginations. Mr Hoard, the only male, brings his wine-dark voice, noble emotional articulation and, when required, a flashing virtuosity. And he is more than matched by the ladies in all departments including their fine instincts for expressive phrase shaping and ample tone for shading the music with deeply-felt emotion.

Luis D’Elias for his part has inspired the rest of the cast – horns, reeds, woodwinds and strings – to deep-dive into his South American world and they have responded brilliantly. The North American musicians among the group, for instance, have taken up the gauntlet and abandoned, in exchange for which they have glorious new identities stemming completely from the culture of the music. It has meant leaping off into the unknown for some and the rewards have been to acquire singular voices that speak as if they now belong to the broader artistic family – in this case a Venezuelan (and even South American) one that explores the sorrows and joys of South America through the unique rhythms of the joropo and the galerón and a myriad other traditional music and dance forms. The ensemble of 10-plus musicians breathes life and drama into this exquisite music simply entitled Nos.