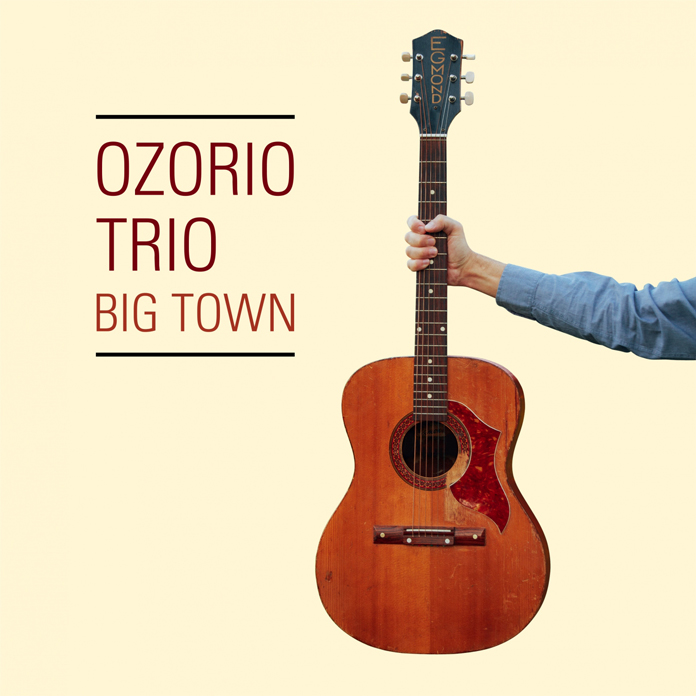 One of the most exciting discoveries to make in music – something like excavating something you never knew existed in archeology – is a new recording by the Ozorio Trio, a Brasilian ensemble like none other – in Brasil, at any rate. The music of the group revolves around the acoustic steel-string guitar of Marcelo Ozorio, a paulista who, you would think, has fallen into a time warp where he happily co-exists with musicians that include folkies such as Woody Guthrie and Bob Dylan, bluegrass giants such as Jerry Garcia and the Stanley brothers; but also early Milton Nascimento (of Último Trem fame).

In reality Mr Ozorio, we are told, was inspired, not only by those musicians but also by Jumbo Elektro, Labo and Dudu Tsuda. His latest project has, in fact been named in honour of some of the founders of the famous Bando da Lua: Armando Osório, Stênio Osório and Afonso Osório, the first Brasilian act to have success abroad, working with Carmen Miranda and Bing Crosby in the 1930’s. And yet at the same time the music of this Trio evokes feelings of authentic Brasilian saudade in the high and lonesome wail of the harmonica, the guitars and strings, which appear on some tracks on Big Town.

Ozorio Trio’s 2020 release, Big Town shows the group heading into the countryside of America and making friends with cowboys and folksy ramblers; characters not only who inhabit the sertão, but also urban folks seemingly down on their luck and living on the edge. You can hear the sense of both desperation and freedom in the melodies that tumble from the guitar of Mr Ozorio. The elegance of his playing, for which he – like many other Brasilian instrumentalists – is renowned, can be heard throughout this music. It draws in its wake the performances by the rest of his accompanying musicians too.

Instruments join one another to become part of a kind of natural sound scape that mixes beauty and danger, as well as loneliness and camaraderie. Listening to this music is to be drawn in – mesmerised really – by its softness and often spooky elegance. It is evocative of lonely nights and long rainy days. Sometimes a piece of music might take us into some wild place; at other times a frenetic jug dance (“Phil the Groove”) might elevate our exuberance to ecstasy.

The album begins and ends with music with such energy as contained in those songs and with that we are left in wander and awe not only at how such disparate musical styles can come together, but indeed at how small the world can be if we only focus on the essential humanity of every one of us. And that may be the true extent of Marcelo Ozorio’s genius.