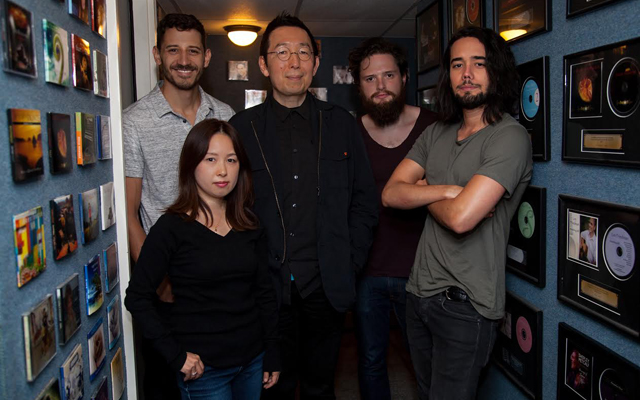 Hiroaki Honshuku’s connection with Miles Davis runs deep. The great trumpeter was an early follower of the influential musical system that George Russell suggested, Lydian Chromatic Concept of Tonal Organisation, reflected in his 1958 recording Milestones. Honshuku studied with Russell, delving into the Lydian Chromatic Concept, then had his mind expanded at a concert by Miles Davis in 1987 and became an ardent disciple thereafter. But the flutist was also a dyed-in-the-wool Brasileiro and has acquitted himself performing soulful Brasilian music both in the US and in Japan, some of it on record as well. So when he decided to do a tribute to Miles Davis, naturally he took the road less travelled, combining Lydian modes with Samba, Maracatú, Afoxê and Baião. As you would imagine, that would be quite something to behold. And it is. 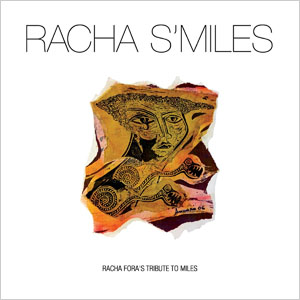 Racha S’Miles is a record so utterly fresh and viscerally exciting that it would not be shocking to find yourself holding your breath as the music whips past like a movable carnival. There are 12 tracks on the album of which six are Miles Davis compositions, two are composed by Wayne Shorter for the Miles Davis Quintet and two are Honshuku originals. But don’t expect to hear anything even remotely resembling traditional-sounding Miles Davis music. For one thing Racha Fora is a Brasilian band without a trumpet. The group may lean towards Brasil, but worships at the altar of originality. The album also features guest-star and legendary saxophonist Dave Liebman on three tracks. And then there is this:

The lead voice on the album – or at least the co-lead – is the striking violin of Rika Ikeda. It is through this sublimely talented violinist that the bitter-sweet voice of Miles Davis is reflected. You will hear a hint of Davis’ biting sarcasm and his behold a conjuring of his long-limbed lines in Ikeda’s wailing violin. She even all but eschews double-stops for the linearity of a Davis approach. But a violin is not a trumpet. And Ikeda’s playing is also informed by dazzling glissandos and impossible-sounding arpeggios interrupted by notes and phrases that dally in the air with just a puff of Davis’s horn. Now add to all of this the mighty flute of Hiroaki Honshuku, playing like a man possessed of Paganini-like virtuosity and the magnificent soli by Dave Liebman on Milestones, Solar and Wood Row and you have a singular classic.

Miles Davis refused to play like himself. He was the epitomé of the adage that the only thing constant in life is change. But he did have a signature to his music. It was a high and lonesome trumpet, dripping with irony and, at times, anger but also soaring with joyfulness. It is the same with Racha S’Miles. Here is an album that seems to hover on the ethereal shuffle of Brasilian feet, always joyful, but also with that elusive Brasilian feeling of Saudade. Only here it takes the form of a longing for Miles Davis and if you close your eyes and listen with your heart, you might just feel the spirit of the trumpeter rise up before you.