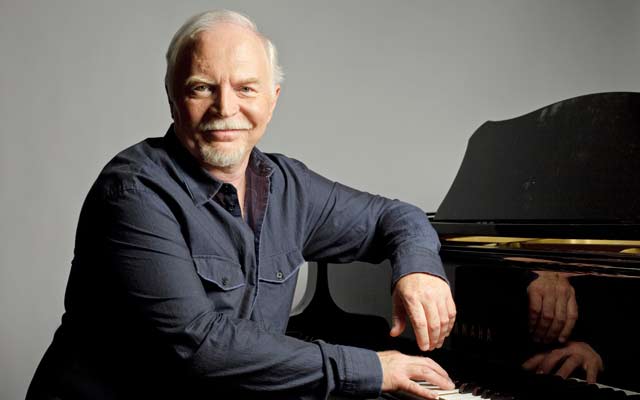 Roger Davidson is one of the most cultured practitioners of the art of Brasilian music played by any non-Brasilian living in Brasil or elsewhere. This second volume of his live performances at Caffé Vivaldi tells this story in a most eloquent manner. The programme is brimful of music that is high-energy and has a lustre of maturity that is missing in many recordings of Mr. Davidson’s contemporaries. In fact, judged as a complete set of live performances the Caffé Vivaldi recordings encompass some of the finest music that Roger Davidson has ever recorded in all of his years as a professional musician, barring his recital of improvised spiritual music. 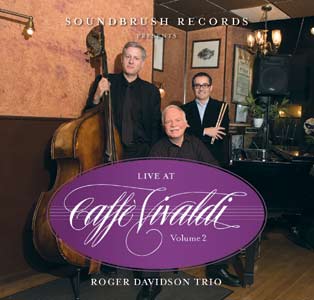 Perhaps the most telling aspect of the two volumes is the fact that Mr. Davidson has composed most, if not all, of the material that makes up the repertoire of both volumes. Volume 2, if anything, takes the music to a much higher level. The band is tighter, much tighter; and this is significant as there is just a trio of musicians playing this programme, which makes it much harder to hide the flaws that might have been easier to cover up in the case of a larger ensemble. On the contrary the playing is so natural, sophisticated and utterly Brasilian that you simply cannot help falling prey to its subtle charms. Each of the musicians – and Pablo Aslan, for the tracks that he plays on – clearly have something up their sleeves and they cut loose every once and awhile. In fact the listener is constantly kept in a state of wonder as the music unfolds.

For many other musicians indulging in Brasilian repertoire the temptation to put virtuosity on display is too great and such musicians give in to the lure of putting on a gratuitous display of instrumentalism. But Roger Davidson has taken the high road here. His performance has been created by sounds designed to surround you in a warm embrace, to transport you to a silver sanded beach, but also elsewhere. For instance Mr. Davidson lets you in on his perspectives of the rush of Brasilian blood in the urban context as well. His “Journey to Rio” is full of expectancy and raucous delight, not the least because of the superb playing of one drummer by the name of Mr. Adriano Santos, whose passionate drumming recalls the work of the great Milton Banana, to which Mr. Santos adds his own feathery touch. And when you add to that the immaculate roar and rumble of bass lines by David Finck, you are assured of an experience unparalleled by any other Brasilian trio today.

Utterly satisfying is also the sound of the disc, which is full and full-frontal. It is important to point this out as this is a sign that Mr. Davidson will spare no effort to balance the art with the science of sound. The result is a package that is an unqualified delight.