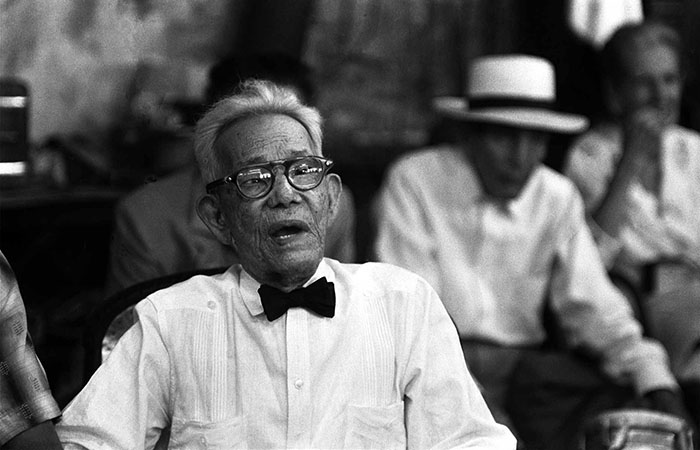 It may have taken almost 1000 years for the troubadour tradition of 12th Century Occitan to reach Cuba, via Spain; there to be substantively transformed and to have its polyphony melded with Afro-Caribbean polyrhythms. However, its influences may have been richer and more complex than that: some have suggested that the origin of the troubadours may date back to Biblical days and to King Solomon and The Song of Songs. Clearly, though there is, as the great Ezra Pound showed, the influence of the Arabs and their influence after the conquest of Spain in the harmonic inventions and in the singing style—in that a body of song of comparable intensity, profanity and eroticism existed in the second half of the 9th Century—something that has continued down the centuries in and the boleros of the trova singers. But more than anything it is the importance of the trova tradition as one of the great roots of the Cuban music tree. In the 19th century a group of itinerant musicians known as trovadores moved around Oriente, especially Santiago de Cuba, earning their living by singing and playing the guitar. According to one writer, to qualify as a trovador in Cuba, a person should sing songs of his own composition, or of others of the same kind; accompany himself on the guitar; and deal poetically with the song. This definition fits best the singers of boleros, and less well the Afro-Cubans singing funky El Guavabero or even guaguancós and abakuás Chicho Ibáñez.

Probably, this kind of life had been going on for some time, but it comes into focus when learning about named individuals who left their marks on Cuban popular music. Trova musicians have played an important part in the evolution of Cuban popular music. Collectively, they have been prolific as composers, and have provided a start for many later musicians whose career lay in larger groupings. Socially, they reached every community in the country, and have helped to spread Cuban music throughout the world. José “Pepe” Sánchez (1856–1918), is known as the father of the trova style and the creator of the Cuban Bolero. The first, and one of the longest-lived, was Sindo Garay, born Antonio Gumersindo Garay Garcia (1867–1968). He was the most outstanding composer of trova songs, and his best have been sung and recorded many times. But there were others of great importance too. However, it was Sindo Garay, Rosendo Ruiz (1885–1983), Alberto Villalón (1882–1955) and Manuel Corona (1880–1950) who were known as the four greats of the trova, but José “Chicho” Ibáñez (1875–1981) should be regarded as of equally high stature. There are many more important trovadores who continue this rich tradition even until today. Alejandro Almenares and Pedro Luis Ferrer are among this illustrious line of musicians. Both have superb releases in 2014. 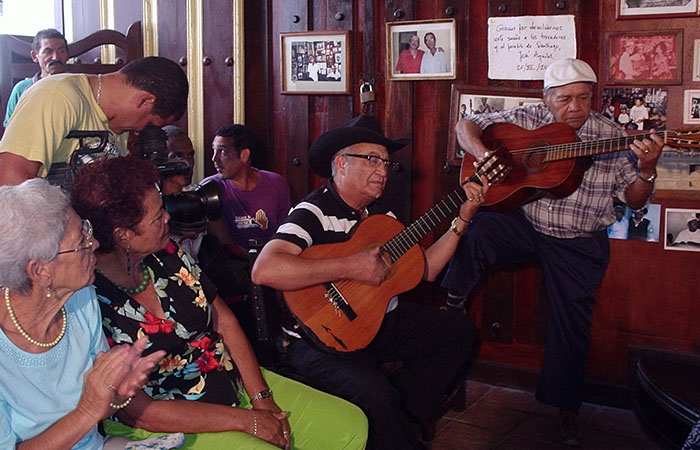 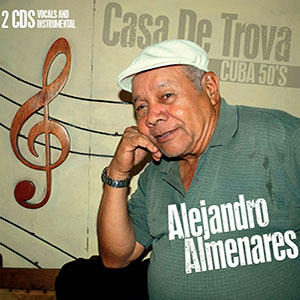 This double CD package is one of the finest albums to be released by a trovador in recent memory. The package includes an instrumental as well as a vocal CD. Normally when this is done, the instrumental CD turns out rather as a less listened-to extra. However, in this case both parts of the package are of virtually equal value. The instrumental CD affords the opportunity to listen carefully to the compositions and to the harmonic progressions that inform Mr. Almenares’ work. This is complex and often quite new.

The album has another great value: it presents music that is exceptionally rare, being released as if a happy secret is becoming known for the first time. It is true that Casa Trova is simple and its music has not hitherto been heard by many Cubans, let alone in such a vast swathe of North America. It is for this reason as well as for the fact that Mr. Almenares’ journey is wonderfully lyrical and intimate and fragrant that this music is absolutely memorable and impossible to resist. 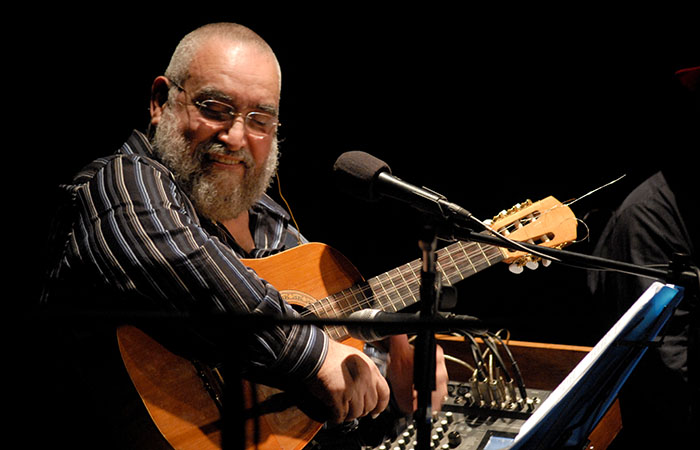 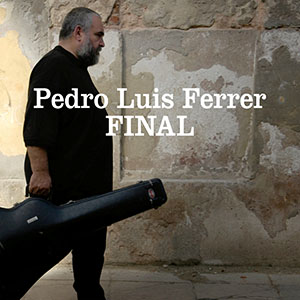 One of the most important in the Nueva Trova tradition, Pedro Luis Ferrer’s powers have not diminished with time; rather his compositions have become tighter and his vocals more attractive as they became more grizzled with age. His phrasing is more urgent now probably with a sense of mortality in both his lyrics as well as in life itself. Yet Mr. Ferrer’s lyricism is also more playful and he may be heard to indulge in a certain fantasy and puckishness. This only adds to the attractiveness of his lyrics.

This album, Final has less of the social commentary and features a greater degree of lyricism and freedom in its poetics than previous albums. Yet Mr. Ferrer’s music continues to be informed by Guaracha and a personalized form of Changüi that he has named Changüisa. Although Final is largely an acoustic album, Mr. Ferrer does use some midi to bring strings to some of the charts of which “Reiteración” is a fine example. “Titiritíti” has a superb brass midi and is a fitting finale to an album that is poetic, intimate and, at times, even heartbreaking.