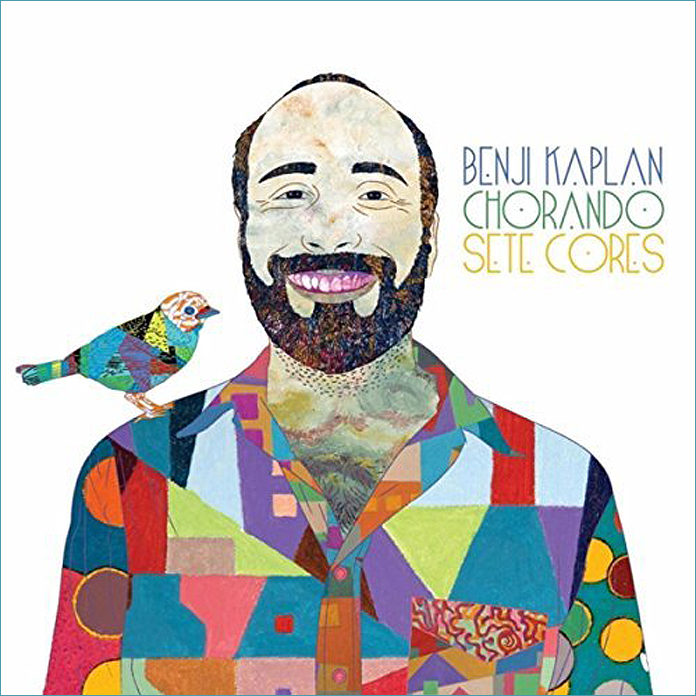 Benji Kaplan is an American, a New Yorker to be precise, but listening to his music you would never know that. He plays as if as a lapsed Brasilian living in New York. And so, magically, everything he writes and plays on his instrument seems to belong to that great tradition that has produced musicians from the earliest times to Ernesto Nazareth and Heitor Villa-Lobos, from Baden Powell to Guinga. After Mr. Kaplan released Uai Sô one wondered publically if he could top the brilliance of that music. But that is exactly what Mr Kaplan has done with Chorando Sete Cores. Here is music that is unimpeachable. It is lyrical, bittersweet and comes from a soundworld so big and colourful, and so full of movement that it does exactly what its title says: it captures the mystique and the cry of that fabled Brasilian bird, the tanager, in flight.

Mr Kaplan’s technique with regard to his instrument – plucking so light that he seems to be caressing the strings – combined with the light airiness of his approach works perfectly here. From “Bryant Park” to “Leaves in the Wind”, he finds a golden timbre and fleet elegance. And he is perfectly matched by magisterial French horn of David Byrd-Marrow, the flutes of Anne Drummond and the clarinets of Remy Leboeuf, all three of whom are perfectly in tune with the leader’s artistry and vision. This is as close as you’ll get to musical champagne and I have a feeling that Nazareth, Villa-Lobos, Baden Powell and Guinga would (have) whole heartedly approved.

“At the Vanguard” flows with wonderfully natural ebullience whilst “A Joyful Stroll” conjures magic like a delicate ballet in a performance of subtle delight. Like “Canção de ninar (Berceuse)”, “Familiar Strangers” and especially “Chorando Set Cores” are fiendishly difficult, with much virtuosity reserved for the soloist’s long accompanying episodes in each. Yet Mr Kaplan has the measure of it all (as do Miss Drummond, Mr. Byrd-Marrow and Mr Leboeuf). And Mr Kaplan delivers the dizzying dyads and tetrads with airborne grace and tight precision. With the brass, winds and reeds too, the often bubbling virtuosic figures never seem to lose musical direction. In “Chorando Sete Cores” Mr Kaplan also revels in the spacious cadenza of curious short slow-fast movement combining insouciant runs. His varied pacing here is presented with refreshing simplicity.

Every time that Mr Kaplan is joined by his musical cohort, a rhapsodic conversation ensues. Miss Drummond, Mr. Byrd-Marrow and Mr Leboeuf’s imaginative performances of all of this beautiful and complex music remains one of the most compelling partnerships you could ever hope to listen to by another musician anywhere else. Together they combine a lean sinuousness with orchestral depth and heft. And with a crisply transparent recording Chorando Set Cores comes highly recommended.