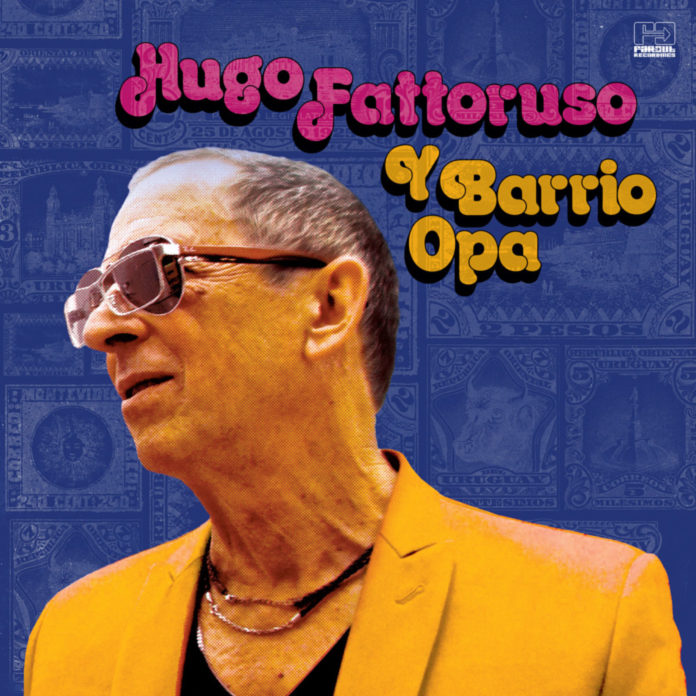 Whether it is from the being a part of the group that accompanied the Maestro Chico Buarque on his legendary Ao Vivo le Zenith Paris (RCA International, 1991) or from the scores of records under his own name including the iconic Gospel For J.F.P. III – Tribute to Jaco Pastorius (MoonJune Records (2017) the name of Hugo Fattoruso is one held in the highest esteem not only in his native Uruguay, but in Brasil and indeed virtually everywhere in the world where music aficionados gather to experience great music. Far Out Recordings supremo Joe Davis’ efforts to record Hugo Fattoruso Y Barrio Opa in Montevideo and finish this superb production in Brasil and England is nothing short of generous; even heroic.

This allowed Mr Fattoruso to perform in an atmosphere in which he is most comfortable and judging by the results this is a miraculous album. Mr Fattoruso is first and foremost a musician who worships at the altar of originality, often fusing Candombé rhythmic forms reminiscent of Viejo Tanguero into highly contemporary improvisations, not only utilising musical motifs and gestures from everywhere – including Uruguay and the rest of South America to Europe, and from traditional Uruguayan music to electronica and soundtrack-like music suggestive film.

Yet whatever Mr Fattoruso creates is uniquely his own and the swaggering rhythm is a masterpiece of subtlety. The highly evolved fusion of the Partido alto with its syncopated bass part that typically accompanies the guitar forms a brilliant promontory, a leap-off point for “Candombé Alto” while Mr Fattoruso’s “Candombelek” is brilliantly unique as is his exquisite tribute to Brasil in “Berimba-ô”.

The whole recording feels like a soundtrack to a dallying dreamy voyage through the magical topography of Uruguay. It is urbane and that suits the character of Mr Fattoruso and this electronic keyboards-driven perfectly. However, through this mesmerising musical journey one is constantly reminded that this music has a constant undercurrent of the unique pulses of Candombé. Much of the vivid excitement and energy comes from the legendary Candombé drumming Silva brothers, who transform even in the most magical into something quite otherworldly and quintessentially divine, and this happens each time they are called upon to play on this unforgettable recording.