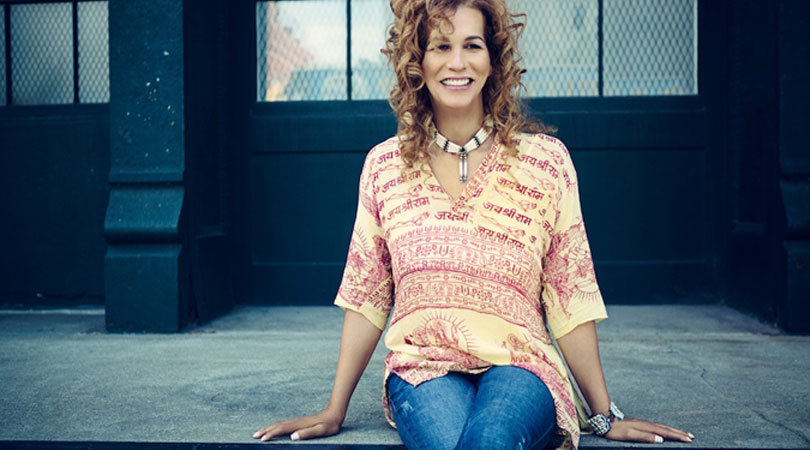 Koko Jones is a drummer who is made almost completely of music. But there is an important qualification here: the music does not emerge from her brain. It bursts out like tongues of fire from her soul so that Ms. Jones plays with such ecstasy that her drumming alone is trance-like. The allure of music like this is not only in rhythm, but weaving her special brand of magic, Koko Jones makes this percussion elementally melodic as well. Who’s That Lady? is just that kind of music. It emanates from a place that is mysterious, mystical and magical. It is African, it is American; both are streams of consciousness and thus Ms. Jones’ becomes awash with the earthy and heavenly colours that twist and turn and rock seemingly forever, even long after the music is over. This is no mean achievement. Koko Jones is young and probably still developing as a drummer. Sometimes this can take a long time, but Ms. Jones is more than halfway there already. Soon she will be fully formed, ready to swing with the pantheon to which she will be raised when that happens. 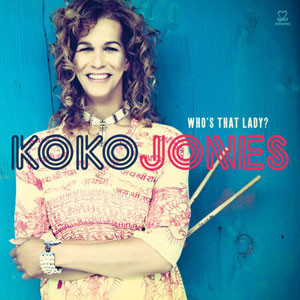 With Who’s That Lady? Ms. Jones seems to be putting a sassy question to anyone who will give an ear to the music. The repertoire is driven by the blues—rhythm and blues, to be exact. Ms. Jones appears to be drawing a line from her musical ancestors long before but also including James Brown and the music he created. Ms. Jones music leaps and gambols in an elemental way. Despite the sheen of production the music still vibrates with the vintage nature of dusty and colourful streets secret retreats. “Yemaya I” seems to reflect the colour and angularity of all that is vibrant and delightfully riotous about the heartbeat of a red-blooded part of a musical landscape that is hidden in those quarters of the landscape where mesmerism lurks. This irresistible lure is most forthright in Koko Jones music. Her compositions such as “Xtravaganzas” and “Decatur Avenue Stomp” resonate with a vibrancy that we seem to forget every now and then. Mediterranean rhythms and harmonies inform the chart “The Treasure Tower,” as does a certain mystical glimmering magnetism. This is not unusual for Ms. Jones. With music that is a reflection of her singular personality it is hardly a surprise.

Ms. Jones’ discography includes four other albums as a leader and her activity dates back to 1981, but she has also been busy as a session musician. She has acquired a considerable reputation in both incarnations. With this album, Who’s That Lady? her reputation will grow exponentially. She is that good and so is this record.

Track List: Xtravaganzas; That Lady; Why; Love Will Save The Day; Get On Up; I’m Free; Decatur Avenue Stomp; Turn It; Yemaya Part I; Yemaya Part II; The Treasure Tower; Who’s That Lady?

A native of Englewood, New Jersey, Koko grew up in a household immersed in jazz, soul, gospel and blues, from Charlie Parker and Lou Rawls to Nat King Cole and Mahalia Jackson, along with the pop and R&B legends of the times. Reportedly, Koko’s grandmother, Maggie Walker Jones, once played with (and maybe even recorded with) Bessie Smith. The arts of all types were nurtured in the Jones household and piano lessons were a requirement, not an elective. Read more…