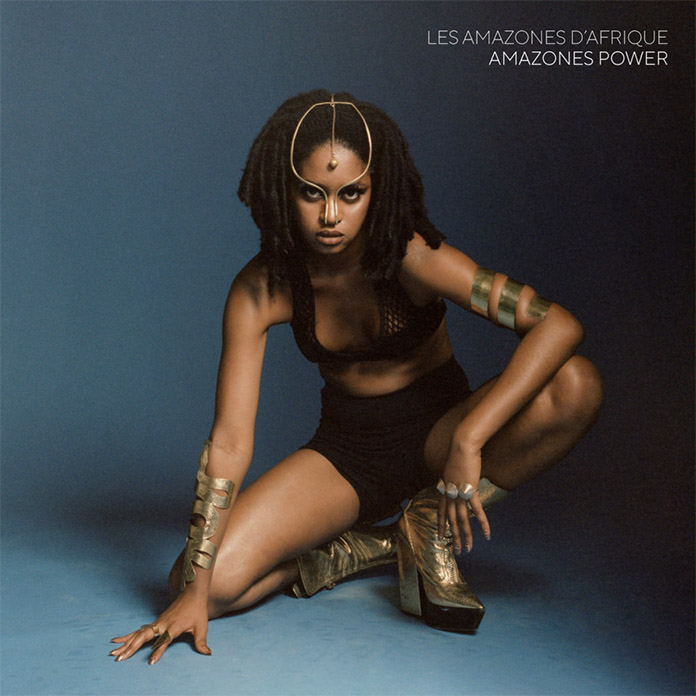 The word “amazones” (plural form of the word “amazone”) is usually associated with South America and the peoples – principally Brasilian (but also from the Peruvian Andes) – living along the Amazon river that flows from the Peruvian Andes through Northeast Brasil into the Atlantic Ocean. It also includes those indigenous peoples living in and around the Amazon forest. But the word is actually much older. “Amazon” comes from the Greek word a “without” mazos “a breast”. The Greeks used the word to describe fierce warriors from Scythia, who they believed cut off one breast in order to aim their arrows truer and therefore with more deadly accuracy.

It is a poignant name for this all-female vocal group from Africa, home of the earliest civilisation known to man. In a region of the world where the once matriarchal societies dominated cultures, western influences resulting from colonisation has eroded ancient traditions to such an extent that today the woman is almost violently disrespected. But all is no longer lost – at least not according to the women of Les Amazones D’Afrique. The group was formed in Bamako, Mali, in 2014 by three renowned Malian music stars and social change activists, Mamani Keïta, Oumou Sangaré and Mariam Doumbia. The group has since spawned a collective of revolving musicians who came from various parts of the continent of Africa. Amazones Power comes not long after the group’s spectacular first recording Republique Amazone (RealWorld, 2017), which also featured the superstar, Angélique Kidjo.

Of the women on this album, Rokia Koné, Mamani Keita, Fafa Ruffino lead the charge. Their vocalastics are of a flawless, mesmerising and singular kind. When they sing syllables, diphthongs in the words of the lyric seem to vanish into their necks – not up and out of their mouth, but down and into their throats. Their voices prance and dance in the air in elemental choreographic moves; a sonic ballet where vocal lines dart and fly, swoop, dive and pirouette, making impossible melodic leaps into the unknown, defying melodic and harmonic logic. And yet it all makes absolute sense as one song after another weaves in and out of the rhythmic patterns that are tapped and beaten out of the djembé, the doundoun and the darbouka and the drums.

Meanwhile bass, keyboards and guitars provide a rumbling, chattering and twangy ornamentation rippling with African hi-life rhythms mixed in with the traditional dance patterns of Mali, Guinea, Benin, Gabon, Nigeria, the Ivory Coast and Algeria. This is music of an ancient future drenched in socially-conscious lyrics that scream out against the plague of gender violence and ancestral violence that plagues the countries of the continent. Lyrics are forceful, and it seems that the writers are unafraid of speaking out. As in, for instance, the lyrics to the song “Smile” by Nairu, whose shout echoes in the wind: “You have oppressed, insulted, humiliated us/We want to live free, live in peace/We will fight until exhaustion/The path is certainly long, but we will succeed”. Elsewhere “Dogon”, sings of the proud, ancient Fulani people who have suffered especially from the historic violence of slavery.

The women of Les Amazones D’Afrique seem to speak for all women today… Amazones Power speaks of their growing power for they speak of women who will not be taken for granted… not now, and not ever.