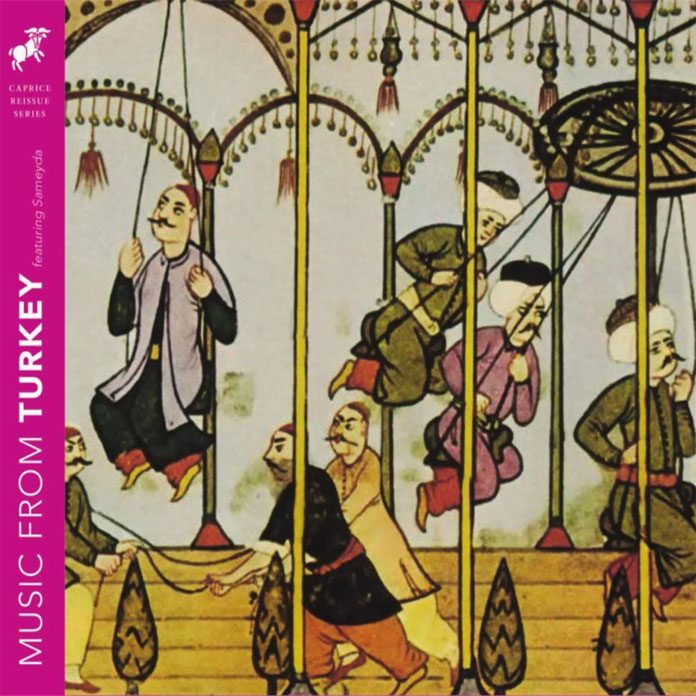 The Ottoman Turks had their roots in the vast region of Central Asia, which extended from the Caspian Sea in the west to Mongolia in the East and from Afghanistan in the south to remote republics in Russia, to the north. Naturally this made for an enormous cultural topography in the decades when that region was splintered and relatively unsettled. The Turks who were yet to develop into the Ottomans who founded their own empire in the 14th century, were attracted by rumours of the great civilisation of Medieval Spain, which had been carved out by the Umayyad’s who had relocated from Syria in 755 following  the destruction of their empire by the Abbasids. By the time the Turks arrived to establish their control of Europe five hundred years had passed and in occupying the Iberian world a steady and voluminous cultural osmosis was already taking place.

To this osmotic situation, the Turks carried vivid remembrances of their home world pouring the sights and high and lonesome sound of Central Asia into the life and music that they had, in turn absorbed in what was already the ornament of the world – the 14th century cradle of European civilisation in which the cultures of Jews, Muslims and Christians had long since collided and eventually bloomed in a unique atmosphere of tolerance, and where literature, science and the arts flourished.

The first half (or so) of this repertoire features music that has been captured as part of a remarkable field project led by the ethnomusicologist Deben Bhattacharya. The musicians comprise men and women – instrumentalists, singers (and dancers) – largely followers of the legendary Melawi poet Rumi, who is believed to have created the Dervishes; a method of connecting with God through poetry, music and dance in a manner that required initiates to attain a state of ecstatic worship.

The legendary ones among them, leading musicians such as Nejat Buhara and Yalçin Özsoy can be heard performing on “Improvisation on the cura” and “Improvisation and zeybek on the kabak kem?ne”. It is music like this including other pieces played especially by the legendary Kudsi Ergüner through the remarkable sequence that appears in four parts of “Dervish Music” that brings the listener to a place that was once the centre of the Melawi Dervish en route to his meditative and ecstatic relationship with God. Other music is resurrected by traditional musicians playing as they would at weddings and other important feast-day events.

Music from Turkey also includes repertoire from a complete album recorded by the traditional Sameyda Ensemble. This is magnificent music that takes the listener on a journey where he or she becomes part of a natural landscape that mixes beauty with danger, sadness with joy as we head into the proverbial countryside of the Turkish Empire making friends with its people and basking in the eloquent and inimitable expressions of praise and worship. Whether evocative of freezing nights or long and sunny or rainy days, each track (from “ De?irmenci ” to “Yüksek yüksek tepelere” takes us to places both wild and lustrous, rippling with exotic music, played by musicians who parley like old and trusted friends who – like the music of Turkey itself – seem to have forged relationships over many eventful centuries. A disc to die for by anyone who is easily seduced by beguiling and sensuous music of days of future past…