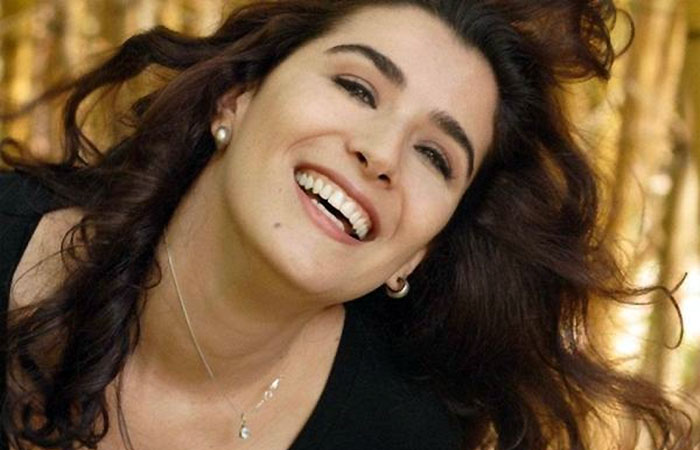 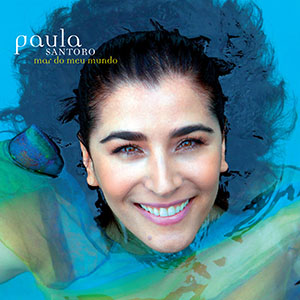 Paula Santoro has been recording under her own name since 1996. But she has not come to the attention of listeners outside Brasil. Her albums have been critically acclaimed within her country as being released by a singer who has carried on the tradition of women like Beth Carvalho, Nara Leão, Elis Regina, Rita Lee, Maria Bethânia and other contemporary vocalists who form a brilliant constellation in the firmament of Brasilian music. Ms. Santoro does something more that fewer vocalists do: she tells stories bristling with heartfelt emotion. She is a modern griot in whose soul the history of her country stirs, moving her very spirit as she sings in her own inimitable manner. Ms. Santoro’s last album Paula Santoro (Biscoito Fino) was released in 2005. Before that there was Sabiá in 2004, which followed her debut Santo (Paradoxx Music) in 1996. Predictably her music was not well-known outside Brasil, except in Japan, where her 2005 recording was re-released; and where Brasilian music is widely listened to, from exceptional choro clubs to households. But all that may be about to change, with the release of this sublime album Mar do meu Mundo by Boranda a label that is at least making an effort to reach out to places other than Japan, but where Brasilian music is listened to by a most knowledgeable base.

The music of Mar do meu Mundo is deep and compelling; not the least because the imagery of the “sea” is almost prismatic; refracted here in all its immensity and grandeur, where Paula Santoro makes the best use of her abilities that range from storytelling in music, the concert stage and musical theatre. Her ability to impregnate a word with layers of meaning is legendary; like Elis Regina, who delivered lyrics with minute and subtle inflections that made mere words swell into concrete images. Thus it is that Ms. Santoro’s vocal abilities illuminate the series of compositions of a common theme; all hauntingly interpreted by the vocalist with uncanny affinity for the lyricism of each in a manner that suggests she might be the character in the tableau enacted in every song. It is here that Ms. Santoro creates lines that leap from plane to plane like the flights of an excited impala intoxicated with the smell of rain on a windblown sertão. For it is here that Paula Santoro has a deep and intimate feel for the Brasilian musical vernacular—as complete as it is for pure artistic expression. The haunting beauty of her interpretation of the elegant “Homem ao mar” and Suvica’s pixie-like “Samburá de peixe miúdo” is exceedingly beautiful. The choral element and the subtle augmentation in the harmonics as well as the accordion effects increase the beauty of the song.

Similarly the addition of group UAKTI and their mesmerising percussion which forms the bed in Kristoff Silva and Makely Ka’s spectacular song “Mar deserto” is riveting. Ms. Santoro’s voice echoes the desolation of the oceanic wasteland as UAKTI ring in the song with a hypnotic buzzing followed by melodic percussion played on pans and marimbas exquisitely tuned to capture the unique and flamboyant images that vocalist and composer Mr. Silva and Ms. Santoro echo through their harmonic interaction woven into the haunting flutes played by Alexandre Andrés. Similarly, the clever addition of Daniel Santiago on guitar and violão has the exact effect that is intended. Mr. Santiago’s playing on “Luz da Terra” is spectacular. It would also be remiss not to mention the exquisite playing of Rafael Vernet, the drummers, Keiko Freitas and Rafael Barata, painterly percussionists Marco Lobo and Mauricio Tizumba. Special mention needs be made of bassists Guto Wirtti and the inimitable Zeca Assumpção, who add colour to the harmonics that growl in the bass lines of the magnificent songs. However, ultimately it is the superb vocals of Paula Santoro that is the glue that holds it all together in this magnificent release by a chanteuse who deserves much wider recognition than she is given—for reasons that have nothing to do with her abilities as an artist. Perhaps it is this album that will set things right after all.

Paula Santoro on the web: boranda.com.br/paulasantoro