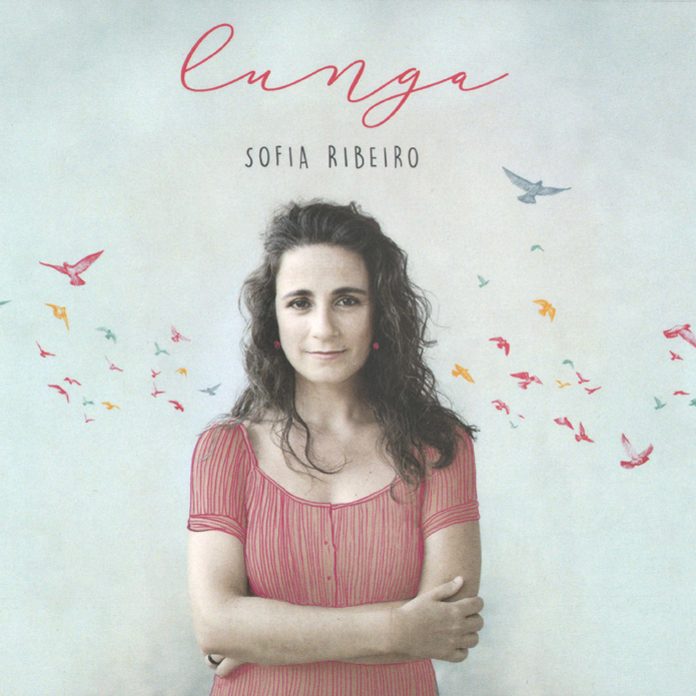 This album Lunga is the first full-length one by the vocalist Sofia Ribeiro since Mar Sonoro (2016). All it will take is a few bars into the first song, “Voa” to realise how much her gorgeous voice has been missed since – if you haven’t attended one of her concerts in the interim that is. But more than anything else, it is the entire programme on Lunga that is gloriously seductive, not to mention the superb production from end to end.

Once again Miss Ribeiro reveals herself here as artist of the very first order, broadening out from the strictly Portuguese forms for which she has always been known to a wonderfully broad new sound world on Lunga even as she sings (mostly) in her native Portuguese. Her instrument is gorgeous: lustrous, precise and feather-light. Her musicianship is fierce as she digs into the expression of each word, brings ceaseless variety to soft dynamics to such music as on Sindo Garay’s classic “La Tarde” and “Há uma música do povo”, which is set to a poem by the legendary Portuguese poet Fernando Pessoa, and she gives every phrase special grace – something that can be heard on every song.

Her compositions have matured in form, grown considerably in beauty and offer enormous variety in melodic and rhythmic invention – “Lunga” and “Urgentemente” are outstanding examples. Miss Ribeiro is also accompanied by a quartet that brings deeply interiorised readings to the repertoire and this complements Miss Ribeiro’s executions immensely. The musicians: pianist Juan Andres Ospina – whose hand one also senses on the production side of things – as well as Petros Klampanis and Marcelo Woloski are perfectly attuned to Miss Ribeiro’s artistry and vision and this makes for the kind of perfection in production that will be the envy of many an artist who strives for just this kind of quality every time they hit the studio to make a record.

Miss Ribeiro is also joined by a considerably vocal ensemble which brings delight to each song in which they participate. Guest instrumentalists – Vitor Gonçalves, Bartolomeo Barenghi and Roni Eytan – also delight with versatility and depth of emotion. But most of all, as with every other recording it is Miss Ribeiro who makes her music say something entirely new. By any measure, that’s great music-making from an artist whose work we will forever take to heart whenever she has something to sing about.