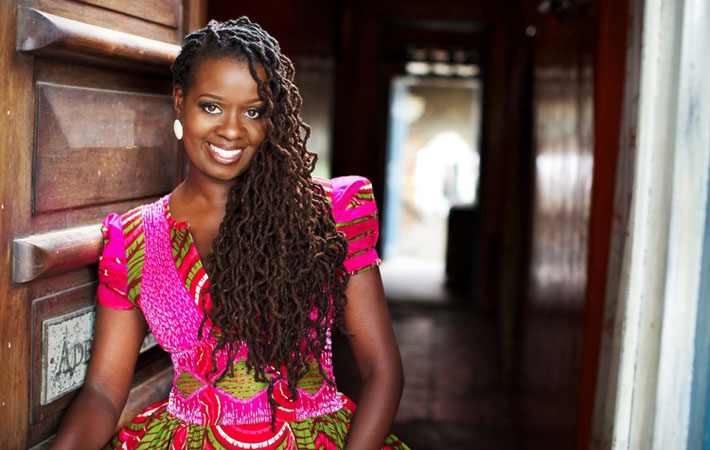 What the art of black people has always been expected to do is to deliver a tough message about a civilization that has been usurped by white people. A sort of Guernica of the Diaspora. This is especially true when African musicians sing about Africa. To speak with hurt despite feelings of hatred for what has happened to the Diaspora. And to do so—as many African artists and African Americans, especially as Charles Mingus did, with such ferocity and eloquence—with love as well. And so left to its own devices to do what must be done, what does a people do? Especially in America run by an African-American, or in Africa run by Africans. So it must be asked of politicians: What did Samora Michel do? And Julius Neyrere, Kwame Nkrumah or Jomo Kenyatta? What did Nelson Mandela do? Or Nnamdi Azikiwe and Goodluck Jonathan do for Nigeria? The same question must also be asked of the heraldic voices; what the griots and the writers and poets do in Biafra and then again in Nigeria… What did Christopher Okigbo do for Biafra? What did his drums say? We know about his passion and how he fashioned his poems, from his conscience and the love of his people. We also know of Fela Ransome-Kuti, his militancy and the verisimilitude of his work. And now, back in Nigeria and in the context of Boko Haram and its views on women, this album by Somi The Lagos Music Salon becomes especially poignant. Will the struggle between verse and voice of her artistry be a tumultuous one? Which one will succeed and/or how will they survive together? And how will it sing of justice for the “weakest” of society? Somi is an extraordinary artist, who did an extraordinary thing. She left the relative comfort of the US to relocate in Nigeria to practice her art. She must be painfully aware of her new surroundings now and like a modern bard, but never shy away from what this does to her consciousness and her voice. She must recognise where she is in time and space and what she must do to show that she “feels about” it. There are many ways to do that; many ways to express it in theme and content. Many idioms and metaphors and many ways to show how socially conscious she is and what the role of an artist in a country that persecutes women—especially young and innocent girls. While belligerence might certainly not be part of her brief, she must at least acknowledge with pain and love the plight of women. Nigerian society is not only divided along class lines but along other societal and cultural lines. And Ms. Somi is a woman of immense intellect and intelligence. This she does not betray. In “Lady Revisited,” a song she shares with the wonderful Angelique Kidjo, she certainly sings of a clarion call to women to rise up and in an educated fashion establish themselves. She also brings attention to the men of society who must facilitate this. She is eloquent about emotions such as love—the sensual, even the sexual one. In “Ginger Me Slowly” she is remarkably poignant about how a man must treat a woman. And then elsewhere, she returns to a theme of despair in “When Rivers Cry” where she sounds, with strings and the voices of children, elementally melancholic about the state of the country. This is sung as a duet—quite beautifully—with the poet Common. The social consciousness of rap and hip-hop has done its work here. This is one of the high points of the album. “Four African Women” is a searing portrait of courage. “Still Your Girl” is another exquisitely conceived song, using both harmonies and Western Gospel forms to speak its message in the native language of Nigeria. The other songs on the album may not be directly socially conscious, but they come from a place that is soft and persuasive and still remind the listener that it is possible to be both beautiful and profound. For instance, “Brown Round Things” is a classic example of this. The exquisite playing of the trumpeter, Ambrose Akinmusire has a lot to do with this. And although “The Story of Monkey” is witty, it also shines with satire and with sardonicism. And the music is wonderfully made with extraordinary awareness and a mighty sense of both pathos and pride. “Shine Your Eye” digs deep into her consciousness and serves to fulfill the promise of social awareness in a poignant and profound manner.

As Rev. Louis Farrakhan has often said, why wait for (white) people to tell the black person what’s good for them. And ostensibly what they can achieve in this day and time? This coming from the head of The Nation of Islam is of special significance in the country where a belligerent form of Islam is practiced by Boko Haram. Somi is an artist who attempts to tell her people what they can and what they do for themselves—especially the most abject of society. This is mighty empowering. And though she may not be a Frantz Fanon, she has a social consciousness that is as bright and important and her music is absolutely beautiful. For this she must be acknowledged in a very special way.

In late 2011, acclaimed East African vocalist & songwriter Somi decided to move from New York City to Lagos, Nigeria for 18 months in search of new inspiration. The result: a new album she calls The Lagos Music Salon released summer 2014 as her major label debut on Sony Music/Okeh. The album which features special guests Angelique Kidjo and Common draws it material from the tropical city’s boastful cosmopolitanism, urgent inspiration, and giant spirit – straddling the worlds of African jazz, soul, and pop with a newfound ease and a voice that Vogue Magazine simply calls “Superb!” Born in Illinois to immigrants from Rwanda and Uganda, the African and Jazz legacies are always crucial to her sound. Often referred to as a modern-day Miriam Makeba, JazzTimes magazine describes her live performance as “the earthy gutsiness of Nina Simone blended with the vocal beauty of Dianne Reeves,” while Billboard exclaims that she’s “all elegance and awe… utterly captivating.” Read more…