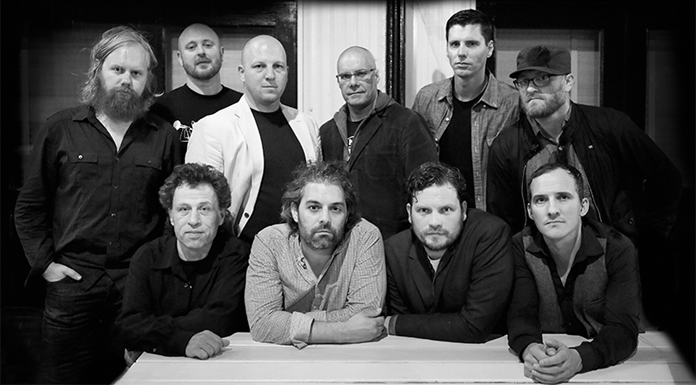 When you think of what Iranian music would sound like, the melodies of jazz, electronic pop, new chamber and Brazilian percussion are not what first come to mind — but these are the diverse musical backgrounds that form the avant-Arabic group, Haram.

A powerful blend of indie-rock, jazz, and electro, this Vancouver-based ensemble takes their name from the Arabic word for “forbidden,” improvising around Iraqi folk music and mid-century Egyptian pop. Featuring Gordon Grdina on Iraqi oud, expect to hear elements of electronics and free improvisation. As The Georgia Straight noted, “The music’s backbone is traditional, but wild outbursts of free improvisation and subtle injections of noise make it quite unlike anything you’d hear in the shisha dens of Cairo or Baghdad.”

Led by JUNO award winning Gordon Grdina, the 10-piece band Haram will be making its Aga Khan Museum (AKM) debut on November 18 to share their exploratory sound that mixes Iraqi folk music with everything in between.

Gordon Grdina, a protégé of jazz great Gary Peacock and frequent of NYC’s jazz scene, has found new ways of marrying jazz with Arabic music through his mastery of the oud, a traditional Persian guitar, among the ‘forbidden’ hybrid of influences from Vancouver’s rich avant-garde improv community.  He formed Haram in 2008 made up of members Jesse Zubot, who is known for his unique violin playing and producing credits for Tanya Tagaq’s Polaris Music Prize-winning album ‘ANIMISM’ in 2014; vocalist Emad Armoush, a professional Arabic singer since his youth; and JUNO-nominated clarinet player Francois Houle, among the ensemble.