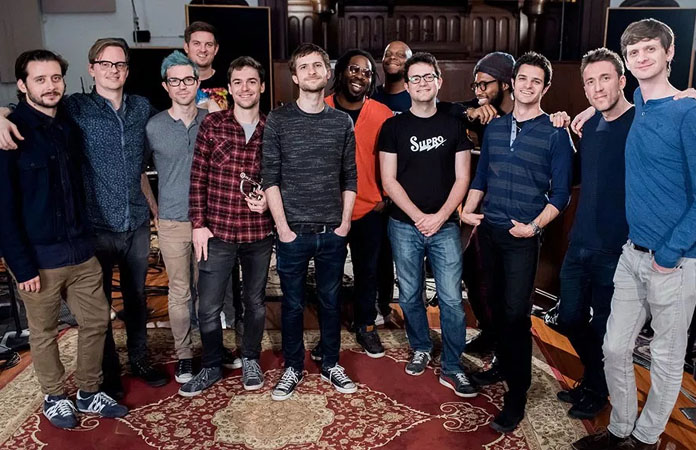 Much like the legends who originally popularized them, Seal sounds right at home singing the classics that comprise his tenth studio album and first for Republic Records, Standards—arriving November 10, 2017. At the same time, the London-born and Los Angeles-based four-time GRAMMY® Award-winning icon imbues all 14 tracks with his singular sense of soul. Undeniably, the performances stand out as show-stopping, stunning, and signature Seal.

A supreme meeting of rhythm masters occurs with this inspired duet. The Tony Award winning Savion Glover, an artist called “the greatest virtuoso of our time, perhaps of all time” (New Yorker), joins forces with Marcus Gilmore, an heir to jazz royalty as grandson to iconic drummer Roy Haynes, a dynamic musician known for his work with Vijay Iyer, Chick Corea, Steve Coleman, Nicholas Payton, Gonzalo Rubalcaba and Ravi Coltrane. Glover and Gilmore are where rhythm and melody converge.

After a decade of relentless touring and recording in all but complete obscurity, the Texas-bred/New York-based quasi-collective suddenly found itself held up by the press and public as one of the major figures in the jazz world. But as the category names for both of the band’s Grammy awards would indicate (Best R&B Performance in 2014 and Best Contemporary Instrumental Album in 2016), Snarky Puppy isn’t exactly a jazz band. It’s not a fusion band, and it’s definitely not a jam band.

GRAMMY® Award-winning vocalist Cécile McLorin Salvant has had a remarkable rise to stardom in her professional career, and she’s taking another big leap forward with Dreams and Daggers, her third album for Mack Avenue Records.

Now in the sixth decade of his professional life, Herbie Hancock remains where he has always been: at the forefront of world culture, technology, business and music. In addition to being recognized as a legendary pianist and composer, Herbie Hancock has been an integral part of every popular music movement since the 1960’s.

Dancing in the Park: On Stage with Jazzamboka and Fumu Jahmez Dance