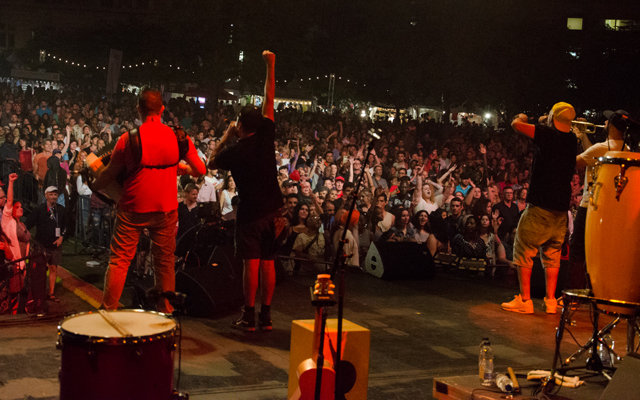 Memories are apparently rampant especially in Montréal, Quebec. After all every licence plate on a motorcar contains a registration number and the words “Québec… Je me souviens”. This, after all, is the motto of this beautiful province of Québec and justifiably so. It seems that you cannot abide here and not leave without memories, glorious ones, I might add. Our stay this time appeared was all too brief, although we’d spent but a day more the last time we were in Montréal, but two weeks to the day we arrived again on the 21st of July, 2017. This time was also a little bittersweet. We were here to bid goodbye to the 31st edition of the Festival International Nuits d’Afrique. At an event like this you never know what to expect. Happily so. And we were not disappointed… 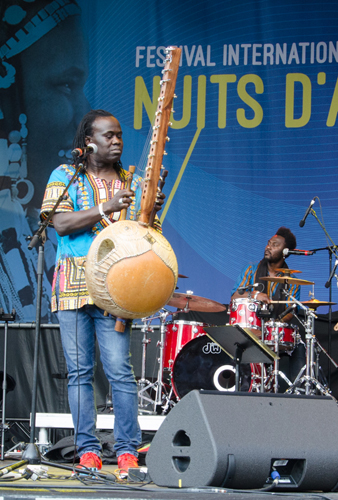 The rain – a terrific downpour – arrived shortly after were billeted in our caravanserai, Hôtel Travelodge Montréal Centre, on Boulevard René-Lévesque to be precise. It was construction day in the city and the rock-drills and jack-hammers were yammering and bell-ringing. I found myself having to shout my comments and questions at Danilo Navas, Publisher and Editor of our group, Global Music Media and Photographe extraordinaire who was going to and did, indeed cover (again) the Festival International Nuits d’Afrique with pictures, while I was chastened by the challenge of bringing another cultural event to life with words. How difficult is that, you might think? Or as the American cousins might ask: “How sweet is that!?” Either way it has taken me a week or so of false-starts to get going. None of these I have wished to preserve but despite the ‘Delete’ key on a computer keyboard, I know each of my vain attempts to get going are still there, somewhere in the ether surrounding this monster that pretends to sit innocently on my study table.

I listened daily to a compilation of music by the artists who appeared at this 31st Festival International Nuits d’Afrique hoping for a leg up to vault over the first hurdle, namely a suitable title for the piece, but it was all in vain despite the fact that each song I heard conjured a hologram-like image of the performers on Scène TD-ICI Musique who graced the square between the 18th and the 23rd of July, 2017 and En Salle between the 11th and the 23rd of July, 2017. The marvels of sound engineering, happily as good on disc as on stage, brought the music alive once more and made for a vivid reminder of what had gone by not a week before this day, the 29th of July, 2017. Still no title until 3 o’clock in the morning when I awoke to a singular ping from my mobile telephone telling me I had an email message from one of my teachers at St. Xavier’s College, Professor Adil Jussawalla. The news was bad: his colleague and my teacher, Eunice De Souza had passed suddenly in Bombay. “Painlessly,” his email said. I, however, was hurting – and have been hurting all day.

Funny how pain can enable the secretion of enzymes in the brain? Mine were unlocked in that part of my brain where memories are stored. I was thinking about Miss De Souza; vivid memories… Memories? By 6 o’clock in the evening I was able to channel the flow towards Montréal. The death of someone I loved and revered had vaulted me from the hole I was in, over the hump and into the City of Montréal, where it was no longer today, but the 21st of July, at about 1 o’clock in the afternoon. Outside the window of our 6th floor room at Hôtel Travelodge Montréal Centre, the sky was darkening. By the time we took the lift down to the foyer of the hotel, it was coming down as if the angry sky had opened like a sluice-gate and an Antediluvian downpour ensued, forcing us back through the doors and into the now-crowded, steamy foyer of the Hôtel Travelodge.