There appear to be no hard borders that separate styles, dialects and – it now seems even unique national traditions and cultural topographies – in music and it is just as well. The banner of this journal in which this musical critique has appeared may say “World Music Report”, but what is expressed musically and literally is nothing but a indication that features and reports here cover music that does not [or would not] appear in strictly, so-called “classical” or “jazz” magazines and journals. And so it should be. Even Stravinsky posited [and I paraphrase somewhat] that all music seems to have come from the Big Bang of God’s Creation – that elemental, deafening report made by the preternatural drum and cymbal in response to the greatness of Creation.

More and more the artist is becoming seduced by this notion and in the collision of cultures we find some of the finest examples of music – such as we do in the artistry of Hee-Young Lim, a prodigious young cellist who was once principal solo cellist with the Rotterdam Philharmonic Orchestra under the baton of the celebrated Yannick Nézet-Séguin, and now – when she is not recording eloquent music such as the two albums under review – also serves as Professor of Cello at the Beijing Central Conservatory. See our feature on Miss Hee-Young here.

Miss Hee-Young has already proved her credentials to the “classical” world with two stellar recordings – French Cello Concertos [2018/19] with the London Symphony Orchestra conducted by Scott Yoo [Sony Classical 8038118425]. This was followed up in 2020 with her duo recording, featuring pianist Natalia Milstein, entitled Russian Cello Sonatas [Sony Classical S80497C – 803581 18497]. If her debut orchestral recording was a promising and show-stopping report of things to come, the sophomore duo recording firmly inked her musical reputation as one of the finest young cellists in the top tier of her instrument with musicians such as the UK’s Sheku Kanneh-Mason. 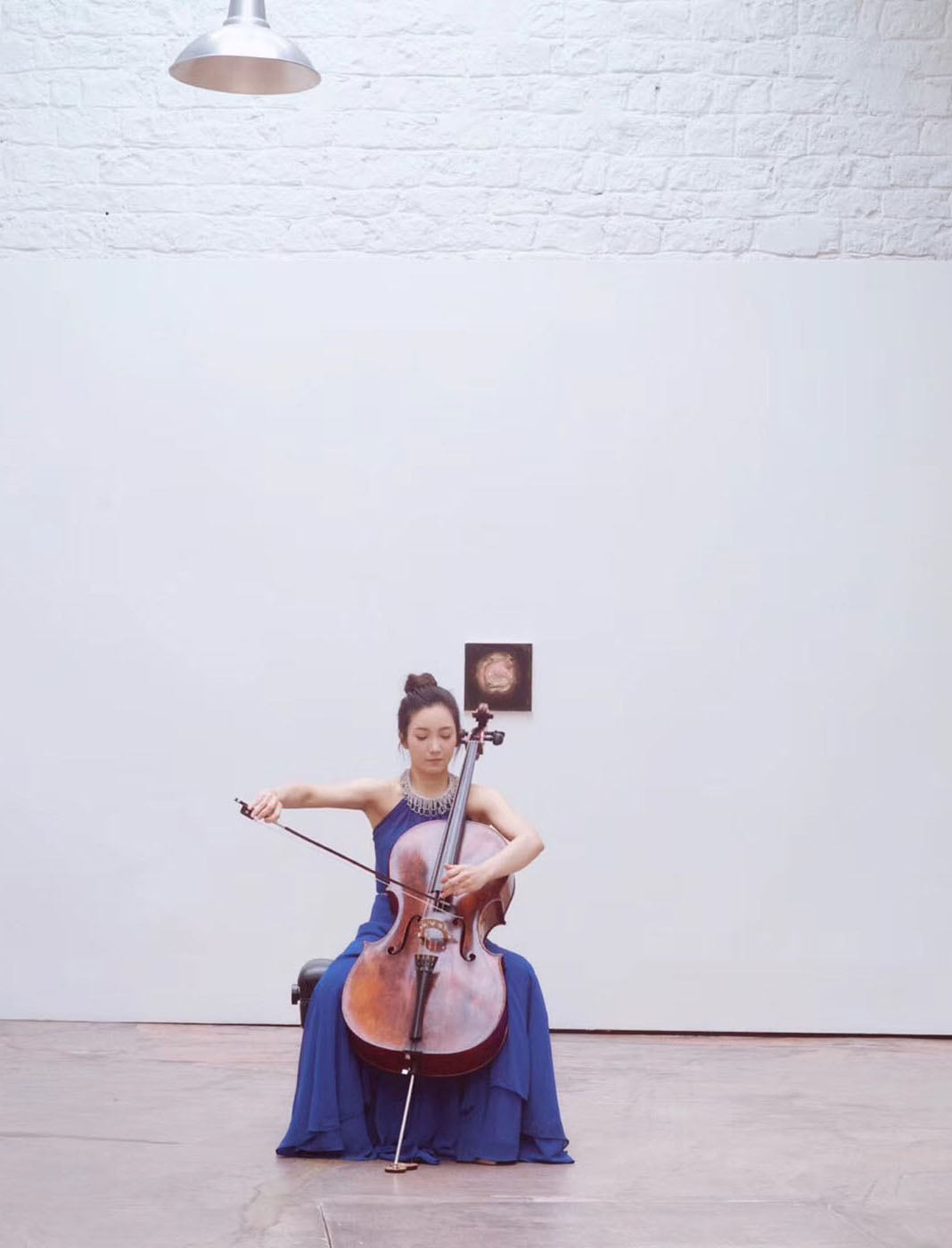 The releases have not stopped Miss Hee-Young exploring her restless musical nature and in 2021 she has ventured into markedly different territory. The popular world of American Standards has, by her own admission in the liner notes to As Time Goes By, revealed that the lure of “jazz” has always been strong – hardly surprising for a curious gifted young musician whose worldview has been shaped by much study and performance in the various music capitals of the world.

The second disc features repertoire from the heart of the cellist’s world – the Korean tradition, which must surely have fired up her imagination long before the rest of the world became her yard to play in. This disc, Arirang Nori is an unusual one as it not only fuses the 600-year-old Korean folksong tradition [“arirang”] with an equally ancient traditional Western instrument that is growing in popularity and worldwide attention, but all of the works are newly minted – in 2021 in fact. 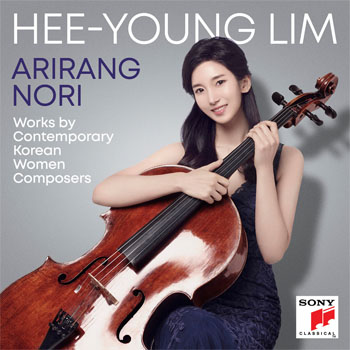 Hee-Young Lim: Arirang Nori This is one of the most stunningly beautiful discs of cello music. It features not only a young cellist, but also contemporary works [all freshly minted in 2021 at that] by six young woman-composers. The sound world of composer[s] and Miss Hee-Young makes an extraordinary statement about “arirang” and it is this: “tradition is a wonderful reality, but not understanding that the inner dynamic of tradition is always to innovate, is a prison.” And this is clear from the uniqueness of the repertoire – music juxtaposed where the refined art of “Ari” meaning “beautiful” and “rang” a word which refers to a “beloved one” or “bridegroom” in the ancient native Korean language combine to blossom into music that gives wing to the phrase: “my beloved one”.

The dolor of the music is a perfect setting for the emotions that can be caressed out of the cello – whether by playing pizzicato [performed whether by plucking the strings with her fingers or, in the case of an open string, where two pitches are heard, as in ‘hammer-to-bridge’ pitch and the ‘hammer-to-nut’ pitch] with arrhythmic double-stops, or with glassy, velvet-enrobed glissando brought about by Miss Hee-Young’s expressive and virtuoso playing con arco. The splendid isolation of the instrument in “Sanjo for Violoncello Solo” stands at the pinnacle of the cellist’s virtuosity for all of the breathtaking dynamics – from whispered phrases to the long inventions of other sculpted phrases is unflaggingly engaging.

The apogee of the set, however, may easily be “Rendezvous III pour Violoncello et Daegeum”. This is a work that further cements the singularity of this repertoire, which – it must be reiterated – is born of the 600-year-old courtly tradition, wherein the traditional transversal Korean bamboo flute – the daegeum, performed by Gyuhwan Kim, is pitted against the cello – the range of which is majestically explored by Miss Hee-Young. The most mesmerisingly vivid and visually-suggestive narrative of the dancing instruments evoked by the darting gestures of the flute and the moaning, and wailing legato lines of the cello are most beckoning.

The repertoire on this disc comprises a defiantly provocative body of work, uniquely chiselled by the musicians who perform it. Although it comes out of the bedrock of the Korean tradition, the musicians led by Hee-Young Lim – who interpret it position themselves in creative conflict with the tradition while continuing to embrace its basic structures and tenets. But they do so by actively throwing overboard melodic, structural and harmonic hooks that have become expressively blunted through overuse. And this is what makes the album something to die for… 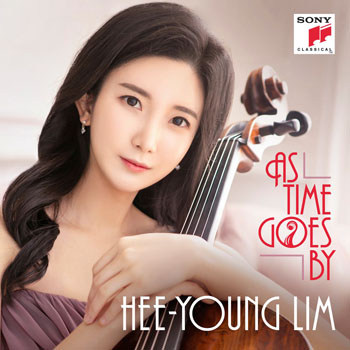 Hee-Young Lim: As Time Goes By The repertoire of this shorter disc [relative to the Korean one] presents the cello in a radically different light. In a sense you might say it is something you are likely to be drawn to more instantly, in a manner of speaking. However, here lies the rub: while the melodies are almost instantly recognisable, the performance of each is a wonderfully intuitive account of the pieces that have been music to our ears in various settings – the concert and Broadway stage, film and television. With immaculate technical address and ravishingly songful mellow tone, Miss Hee-Young melts into the trio [or musicians] to strike precisely the right balance between classic strength and private introspection, as full of radiant spontaneity and tumbling fantasy as one could wish.

Setting things up with a deliciously translucent performance of Erroll Garner’s “Misty” Miss Hee-Young performs the familiar fare procuring – both from herself and from the other musicians featured here – plying of the highest quality. Tempi are uniformly well-judged. The cellist combines suppleness and purpose in each of the songs – so important, as each song comes with its own unique narrative, set of characters and, thus, its own set of emotions and interactions. Naturally this will – and does – produce layers of meaning invoked by gliding balladry, swing and the dusty shuffle of the Brasilian samba – as in the case of “The Girl from Ipanema”. 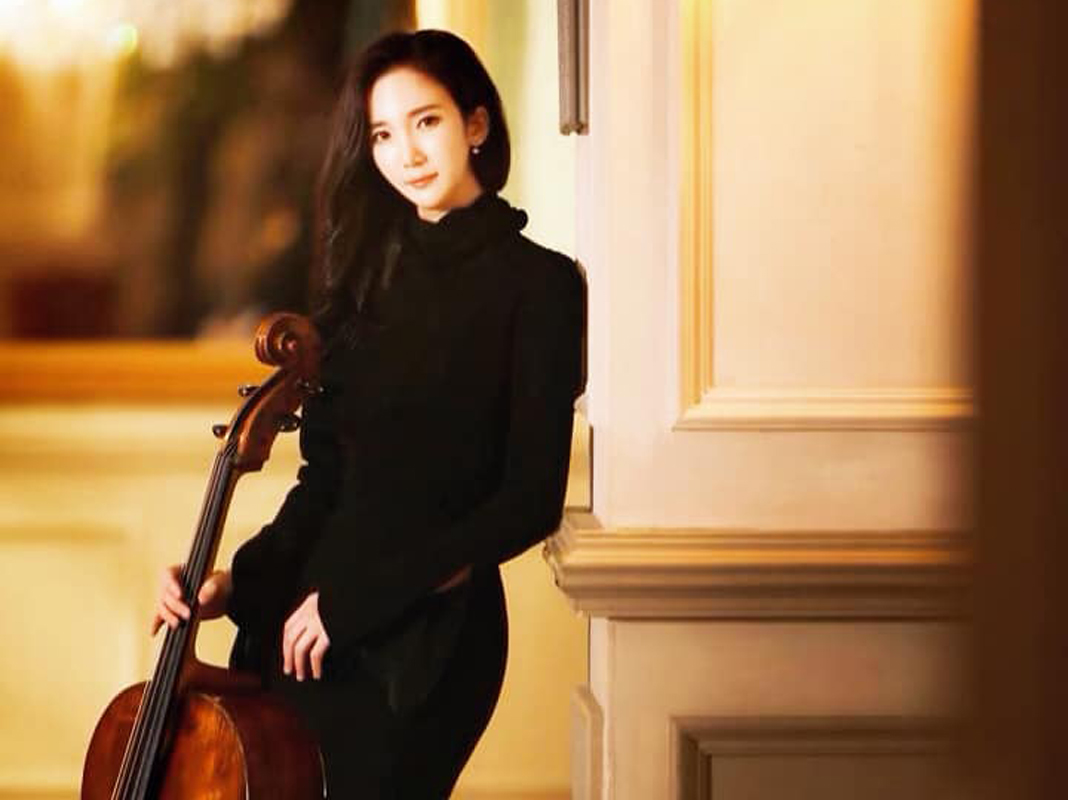 The wistful reminiscence of the “Moonlight Serenade” and “Over the Rainbow” – both classics of the time and any time, really, is played as a kind of luxurious adagio, thereby distilling the requisite lump-in-the-throat poignancy of each song [especially Harold Arlen’s memorable melody]. What captivating swagger Miss Hee-Young locates in those rolling arpeggios of “Moon River” and “Last Tango in Paris”. And we just cannot but help listen with relish to the delicate mystery of Erik Satie’s idiosyncratic and magical “Gymnopedie No. 1”, in which the cellist is at her most seductive.

There is a shimmering, mystical quality that is compellingly evocative – exotic, and yet somehow, because of its calmly modal language, something unmistakably “classical” about these performances. Meanwhile, despite the basic instinct of Miss Hee-Young’s irresistible “classicism” she has the smarts, intuition and resourcefulness to properly locate this work in her musical canon, thanks to her ability to swing [albeit in near secrecy], thanks to her impeccable, craftsmanship.

Make no mistake, every aspect of this enterprise reflects enormous credit on all involved, not least Song Classical’s gumption and trust in the cellist’s equity to bring these two discs – both quite unmissable – to a market rather starved of creativity and inspired musicianship with the of the of digitisation of music.