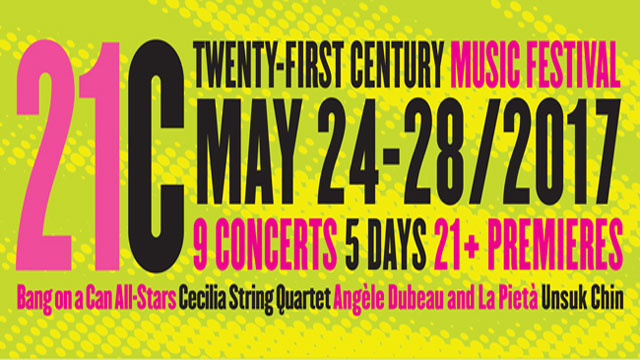 21C Music Festival – five days of newly-minted music during which audiences have an opportunity to experience fresh new sounds and ideas from the greatest musical minds of today – returns for a fourth year to The Royal Conservatory of Music from May 24 to May 28, 2017. This year’s festival marks Canada 150 with an array of our country’s most innovative and daring composers and musicians, and it will consist of nine concerts and 31 premieres.

“Our nation’s birthday gives us an opportunity to delve even deeper into the rich soil that is Canadian music. This year’s festival shines a light on the musical and compositional talent from across the country and is, perhaps, the most diverse 21C Music Festival to date,” said Mervon Mehta, Executive Director of Performing Arts at The Royal Conservatory. “In addition, we are thrilled to welcome the Canadian Opera Company, the Canadian Art Song Project, and Soundstreams as our artistic collaborators and to have Unsuk Chin, a composer of international stature, in residence.” 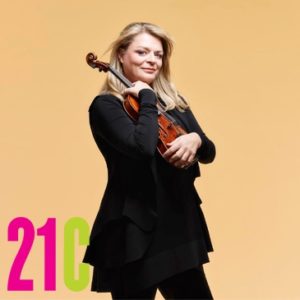 Highlights of the sesquicentennial celebration include the Canadian Opera Company Orchestra conducted by Johannes Debus in a program that will include works by two Canadian composers, Brian Current and Samy Moussa; the Canadian Art Song Project with an all-Canadian program and musicians; Cecilia String Quartet presenting four works commissioned to

celebrate compositions by Canadian women; Montreal-based violinist Angele Dubeau and her all-female string ensemble, La Pieta; and the 30th anniversary of Bang on a Can All-Stars with a special “Bang on a Canada” concert, including works by Canadian composers Richard Reed Parry and Rene Lussier, anchored by a world premiere from John Oswald, commissioned by The Royal Conservatory/Koerner Hall. In partnership with Soundstreams, the festival closes with The Music of Unsuk Chin, which will include a world premiere by Chris Paul Harman co-commissioned by Soundstreams and The Royal Conservatory/Koerner Hall. Unsuk Chin’s works will also appear on the program by the Canadian Opera Company Orchestra as well as Cinq a Sept, and she and Chris Paul Harman will lead a workshop for six emerging composers, whose works will receive world premieres during the festival. This year’s edition of the festival also has a strong focus on women, with singers Emily D’Angelo, Danika Loren, and Carla Huhtanen; violinist Angele Dubeau & La Pieta; the Cecilia String Quartet; pianists Morgan-Paige Melbourne, Claudia Chan, Mélisande Sinsoulier, Liz Upchurch, and Vicky Chow; and composers Unsuk Chin, Nicole Lizee, Emilie LeBel, Katarina Curcin, Kati Agocs, Ana Sokolovic, Kotoka Suzuki, Alexina Louie, Julia Wolfe, Allison Cameron, Anna Clyne, and Michelle Agnes Magalhaes.

Festival benefactor, Michael Koerner, remarked during the inaugural year: “Charles Ives, the American composer- iconoclast wrote outrageously courageous music about 100 years ago and when asked what he was up to, he would say ‘I want to stretch your ears.’ The 21C Music Festival is just about that: ear stretching.” 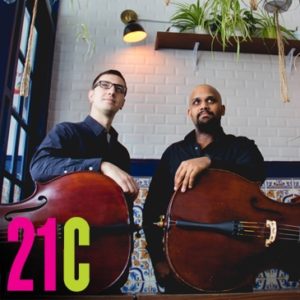 The “Canadian edition” of the 21C Music Festival kicks off on May 24 with Johannes Debus conducting the Canadian Opera Company Orchestra, soprano Emily D’Angelo, tenor Andrew Haji, and the Elmer Iseler Singers, with Lydia Adams, conductor and Artistic Director. The program will include two pieces by the festival’s Artistic Advisor, Brian Current: his The Seven Heavenly Halls will receive its Ontario premiere and Naaka (Northern Lights) its world premiere. The two works are part of a massive six-movement work, entitled River of Light, which traces creation myths from six different cultures.

The Seven Heavenly Halls is centred on Judaic traditions and Naaka on Dene traditions from the Northwest Territories. Also on the program are South Korean composer Unsuk Chin’s snagS&Snarls and Canadian composer Samy Moussa’s Kammerkonzert, plus the Canadian premiere of Matthew Aucoin’s The Orphic Moment. Naaka is commissioned by The Royal Conservatory/Koerner Hall and generously supported by Kris Vikmanis & Denny Creighton. The Seven Heavenly Halls was commissioned by The Azrieli Foundation. 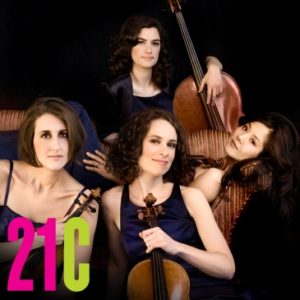 On May 26, Quebec takes center stage. Called “exciting [and] dynamic” by the Los Angeles Times, Montreal-based violinist and Officer of the Order of Canada, Angele Dubeau, and her all-female string ensemble La Pieta, comprised of some of Canada’s best musicians, perform a genre-smashing concert of works by Ludovico Einaudi, Jonny Greenwood, Michael Nyman, Max Richter, Arvo Part, and Mike Oldfield, as well as Philip Glass’s music written for the film The Hours. Two works by Canadian composers are also featured: Maxime Goulet’s Présentation concertante and Marjan Mozetich’s Postcards from the Sky.

Also on May 26, after the mainstage concert with Angele Dubeau, 21C After Hours presents the Soundstreams Emerging Composers Workshop, in which six emerging composers give world premieres of pieces developed under the guidance of composers Unsuk Chin and Chris Paul Harman. A cash bar will be open at this casual late-night concert.

On the afternoon of May 27, the annual Cinq a Sept features a world premiere by Japanese-Canadian Kotoka Suzuki along with the Canadian premiere of her Shimmer, Tree for piano and electronics; pianist Morgan-Paige Melbourne performing “Warrior” and “Memories of an Ancient Garden” from Scenes From a Jade Terrace by Toronto-based composer Alexina Louie; pianist Geoffrey Conquer, Rebanks Fellow at The Royal Conservatory, playing Piano Etudes by Korean composer Unsuk Chin, one of contemporary music’s most sought-after creators; the Canadian premiere of Aaron Parker’s fun minimalist work warehouse for ensemble and electronics featuring students of The Glenn Gould School; as well as the VC2 cello duo (Amahl Arulanandam and Bryan Holt) performing Raphael Weinroth-Browne’s Triumvirate. 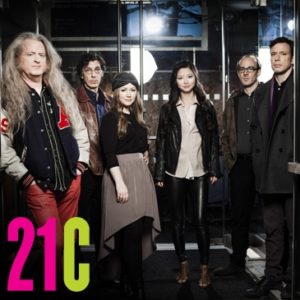 Bang on A Can All Stars

The mainstage concert on May 27 celebrates the 30th anniversary of the epoch-making NYC group, Bang on a Can All-Stars. Their specially devised Koerner Hall program “Bang on a Canada” will include selections from a multi- media project called Field Recordings, most of which will be Canadian premieres. Works by Canadian composers Richard Reed Parry and René Lussier will be anchored by a world premiere from John Oswald, commissioned by The Royal Conservatory/Koerner Hall. The concert opens with Vicky Chow performing a solo piano piece by Eliot Britton and also features works by BOAC co-founders Michael Gordon, David Lang, and Julia Wolfe, as well as Steve Reich, Christian Marclay, Allison Cameron, and Anna Clyne.

21C Music Festival partner, Soundstreams, closes the Festival with The Music of Unsuk Chin. Chin renders in sound the “visions of immense light” she sees in her dreams, and the program on May 28 will include her Cantatrix Sopranica, a playful exploration of the act of singing for two sopranos, countertenor, and ensemble featuring singer Carla Huhtanen, and “The Caterpillar,” an excerpt from her dazzling opera, Alice in Wonderland. It’s All Forgotten Now (world premiere) and Love Locked Out, two works by Canada’s Chris Paul Harman, who shares Chin’s affinity for transforming familiar source materials with musical language that is fresh, vivid, and thrillingly modern, are also on the program. Both pieces are inspired by the 1930s popular songs of Al Bowlly. Guillaume Bourgogne conducts a virtuoso ensemble. It’s All Forgotten Now by Chris Paul Harman is co-commissioned by Soundstreams and The Royal Conservatory/Koerner Hall.

Several pre- or post-concert chats will feature composers and performers in discussion offering further insight into the works being presented. Additionally, The Royal Conservatory School will offer Explore 21C with Brian Current, a special Music Appreciation Event on May 17. Current, Artistic Advisor of the Festival, will give a talk on the upcoming performances in this year’s edition of the Festival, and the evening will include a live performance and a reception. Visit www.rcmusic.ca/musicappreciation for more information.