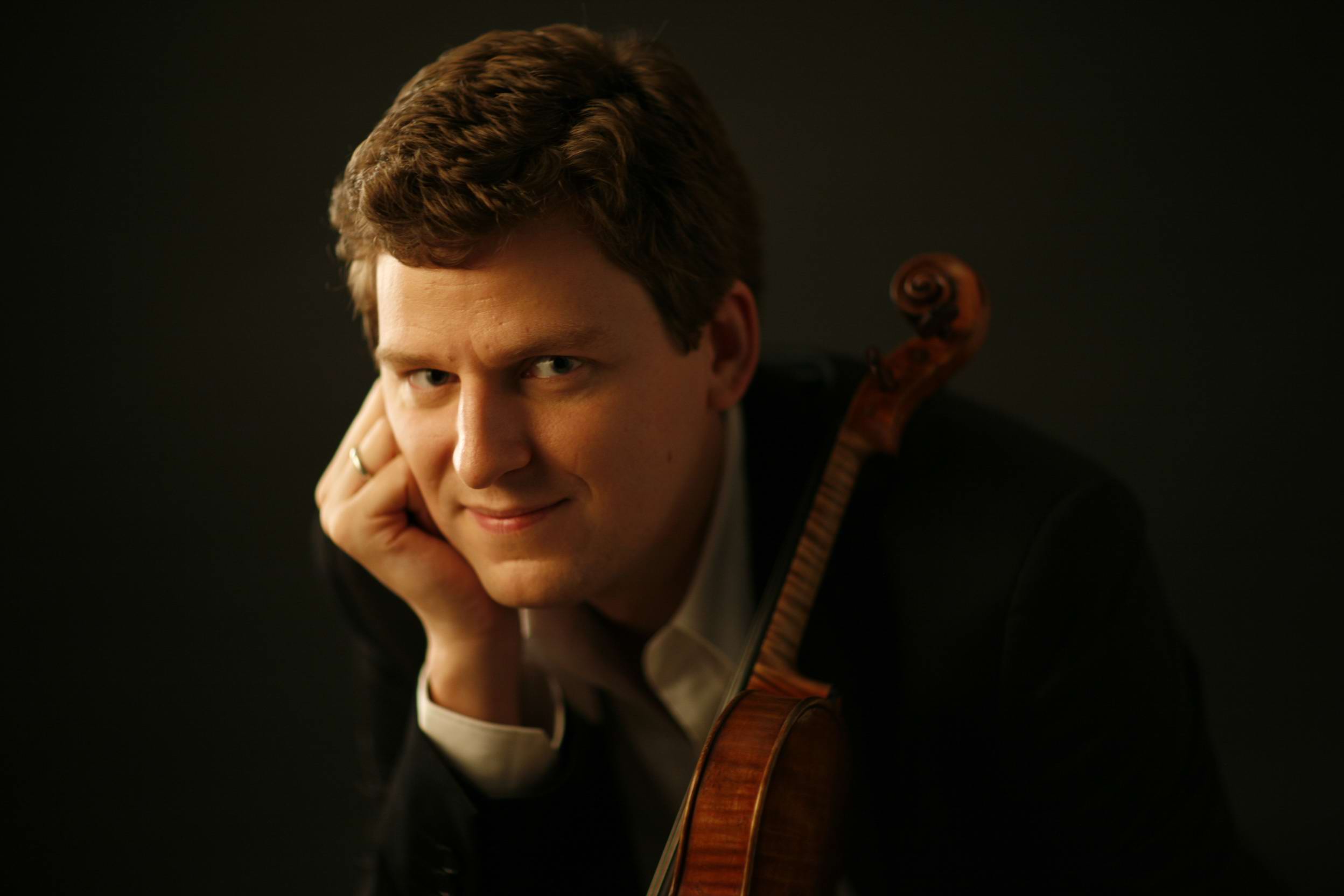 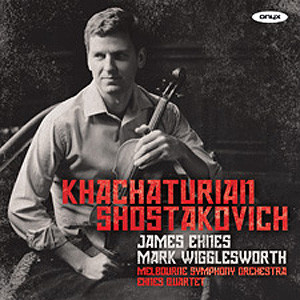 Aram Khachaturian wrote his famous violin concerto in 1940 and dedicated it to the Russian maestro, violinist David Oistrakh. This was eight years before he was resoundingly discredited at the infamous Moscow Composers’ Union conference for deviating from the melodious flag-waving jollity proscribed by Stalin’s cultural ideologue, Andrei Zhadonov. The concerto is quite the example of this characteristic of Khachaturian. It is an exuberant work and lacks some of the subtlety expected of him. However, for the most part it has been unfairly judged as being banal and overblown. The violin part is exquisite and in the hands of such an exquisite performer as James Ehnes becomes transformed into a thing of rare beauty. It’s exceptionally vocalised solo line, with exciting colours wrought from Eastern inflections and ornamentation of Armenian folk music is dominated by a yearning rhapsodic quality. This is given a nocturnal sultriness in the second movement and an almost rowdy air of abandon in the third. The concerto has as many admirers of its naïve energy as it has detractors. Still it won the coveted Stalin Prize in 1941.

Many of Dimitri Shostakovich’s finest works were written for small instrumental ensembles that allowed for an intimacy and directness of metaphoric expression. The most celebrated of all his chamber music are the fifteen string quartets, which several critics believe are the most significant quartet cycle after Bela Bartók’s. Shostakovich did not compose his first quartet until 1938. He worked rapidly on the others. Each of the quartets displays an understanding of the interrelationship between string instruments, something he probably learnt from Franz Schubert and Ludwig Von Beethoven. And as with Beethoven, so also with Shostakovich whose quartets are pieces designed to the composer’s most intimate utterances. Among the finest of the quartets is the 8th in C Minor Opus 110. The quartet contains some gorgeous melodic writing and was designed to recall the horrors of the bombing of Dresden, a disaster that was source material for Strauss’ Metamorphosen. Unlike the latter, however, this is a bleak creation that offers no sense of hope or reconciliation. Written “In Memory of the Victims of Fascism and War” it is a coded autobiography. It quotes from Shostakovich’s own Piano Quintet and from Lady Macbeth, while the dominating theme is his musical signature D-S-C-H (D-E flat-C-B), which he also used in Symphony 10 and in other places.

The String Quartet no. 7 in F sharp minor, opus 108, completed in March 1960, is the shortest of all Shostakovich’s quartets lasting only about 13 minutes. It has three linked movements marked: Allegretto, attacca; Lento, attacca and Allegro – Allegretto. The Quartet, the original manuscript of which is lost, was dedicated by Shostakovich “In Memoriam” to his wife Nina. She had studied at the prestigious Leningrad School of Physics. Amongst her co-students had been Lev Landau and Georgi Gamov. Shortly after leaving and working in a laboratory they had married. Their relationship had not been easy but her sudden death in December 1954, after an emergency operation for a previously undetected cancer of the colon, affected Shostakovich deeply. This is mirrored in his choice of key for the work, F sharp minor, traditionally associated with pain and suffering. Here too Mr. Ehnes and the quartet as well as the orchestra capture the music’s bleak suggestions and thus this record has more to be excited about.

Known for his virtuosity and probing musicianship, violinist James Ehnes has performed in over 30 countries on five continents, appearing regularly in the world’s great concert halls and with many of the most celebrated orchestras and conductors. In the 2014-2015 season James performs concerts with the Royal Philharmonic, Danish National, Melbourne, Sydney, Vienna… Read more…

Born in Sussex, England, Mark Wigglesworth studied music at Manchester University and conducting at the Royal Academy of Music in London. He won the Kondrashin International Conducting Competition in The Netherlands in 1989, and since then has worked with many of the leading orchestras and opera companies of the world… Read more…

About the Melbourne Symphony Orchestra

The MSO is based in Melbourne, Victoria, Australia. It has 100 permanent musicians. Melbourne has the longest continuous history of orchestral music of any Australian city and the MSO is the oldest professional orchestra in Australia. The MSO performs to more than 250,000 people in Melbourne and regional Victoria in over 150 concerts a year… Read more…