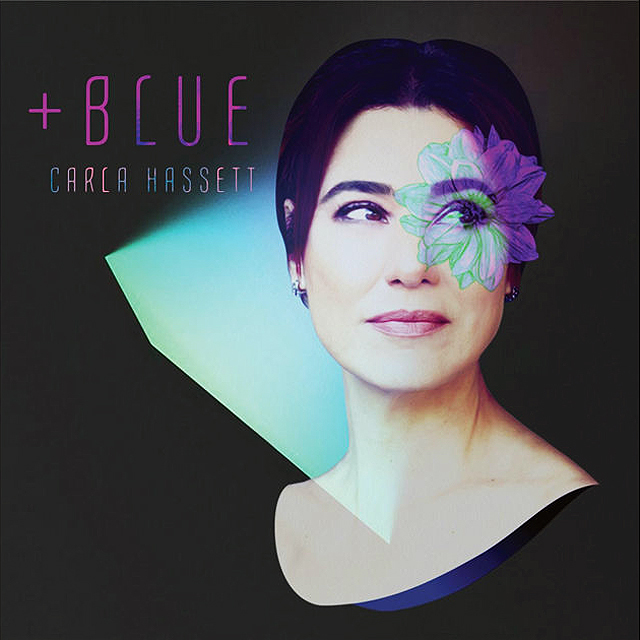 The Paulista composer, musician and vocalist, Carla Hassett, has a fascinating background. She began writing music at 11 years of age, sang in the bands of musicians such as Billy Idol, Gary Sinese, Sergio Mendes, and with Natalie Cole, Lila Downs, Nelly Furtado and Seu Jorge, among others, in films with – among others – Carlinhos Brown. And she is on the faculty of the Silverlake Conservatory of Music founded (together with Keith “Tree” Barry) by the Flea bassist of the Red Hot Chilli Peppers. However, Carla Bassett is quintessentially Brasilian, and her fourth record is just so as well.

Carla Hassett seems to have been born to sing. Her silken voice and broad range soars in the upper registers, often gliding upwards as she hits high notes and can hold onto them – as in the closing chorus of “Ladeira da Praça” – for what might seem like an eternity. On “Sangue Da Terra”, with the faintest of echo, Hassett wrings the most ethereal beauty out of her. Her rhythmic sense is as flawless as her glorious pitch and she never misses hitting the music before, on or after the beat as she does on “Pois É E Tal” and on the slow and sexy “Quando Me Desamericanizar”.

On “A Little More Blue” Carla Hassett brings the prototypical saudade to Caetano Veloso’s elementally melancholic song that recalls his incarceration under the repressive regime of the Brasilian dictators during the revolution, also described in Veloso’s autobiography Tropicália. Three songs later Carla Hassett imbues “South American Way” by Jimmy McHugh and Al Dubin with a sense of existential irony where João Pedro Mourão’s electric guitar and together with his use of Jimi Hendrix-like distortion and wah-wah pedals add just the right amount of sardonic edginess to Carla Hassett’s vocals; a beautiful and most appropriate touch to the song.

It is perplexing to try and understand why Carla Hassett is not better-known outside of musical circles. Her uncompromising approach to her art might be a reason for not wanting to go with a mainstream record label, which might have given her more widespread appeal, assuming, of course, the label was willing to put its weight behind a marketing campaign. In the withering climate for music in the US, this seems unlikely. But Carla Hassett is a top-flight musician, instrumentalist, composer and vocalist. Perhaps that might work to her greater advantage amid the culturally-rich environs of Brasilian music.