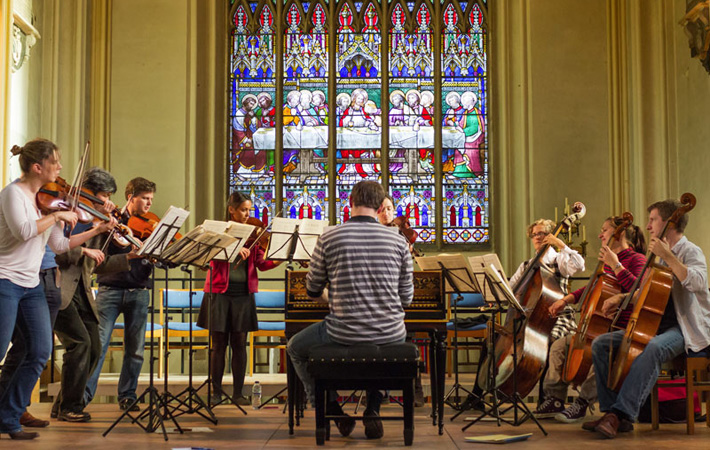 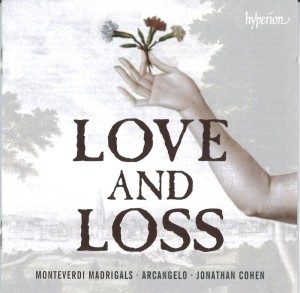 The madrigal reached its high point in musical history under the 16th Century composer, Monteverdi, who many argue owned the form of secular songs for a number of different voices. Monteverdi had already published two collections of madrigals by the time he reached Mantua in 1592. These standard five-part settings had great charm and Monteverdi grew bolder by the 17th century especially with his use of dissonance and a tendency toward a more declamatory mode. However Monteverdi came under bitter attack for his style and it was only by the time of his fifth book and support from his brother Guilio Cesare was the composer able to overcome all opposition to his style and substance. For this is where Monteverdi was able to make a distinction between the old style of composing—the prima prattica–where music governed the words, and the new style—the seconda prattica–where the words dictated the music, a dramatic change, if ever there was one, in vocal music of a secular nature.

This recording, Madrigals of Love and Loss represents that turn of events and is important as a document that is typical of Monteverdi’s more radical approach as instruments were introduced for the first time in his fifth book and the harmony become more complex and expressive and the vocalists were also divided into groups as is presented by this period performance of madrigals from Monteverdi’s sixth, seventh and eighth books.

In the eighth book subtitled Madrigals of War and Love—Il combattimento di Tancredi e Clorinda—Monteverdi sets out his new agenda. His work, when it was first published, was prefaced by his artistic agenda. Harking back to classical ideas, Monteverdi argued that music should be able to evoke in the listener, contrasting states of calmness, love and war. This is exemplified by one of his finest Petrarch settings: “Hor chel ciel a la terra,” a startlingly dramatic example of word-setting in which changes of mood are reflected in changes of speed and sonority. This move towards a more graphic form of musical realism called stile concitato or “excited style,” can be seen even more clearly in the dramatic performance of the composer’s eighth book by Arcangelo under the direction of its brilliant director, Jonathan Cohen. The piece, Il combattimento di Tancredi e Clorinda—the Battle of Tancredi and Clorinda is actually unclassifiable that is not quite an opera and more than a madrigal. The piece was first performed in 1624 and tells the story of a duel between a Saracen woman and a Crusader Knight. Here Monteverdi employs several startling imitative effects such as the trotting of a horse and the clashing of swords. But the essence of the piece was its expressive vocabulary. It is said that when the performance first took place the audience was reduced to tears. Not surprisingly this recording has a similar effect on the listener.

Arcangelo aspires to be one of the world’s leading ensembles bringing together exceptional musicians who excel on both historical and modern instruments, under the direction of founder and artistic director & conductor Jonathan Cohen. Its players believe that the collaboration required in chamber music, whether working in duos or as a chamber orchestra, is the highest expression of what it means to make music. Setting it apart from other ensembles, all performers are committed to this chamber ideal and as such Arcangelo attracts an outstanding calibre of performers who already have flourishing solo and chamber music careers. These are performers of dazzling technical ability, but they also have a passion for faithful interpretation that goes far beyond historical understanding. Formed in 2010, Arcangelo has exploded onto the musical scene with verve and energy and has since enjoyed numerous invitations to appear at major festivals and concert halls in Europe and America. Read more…