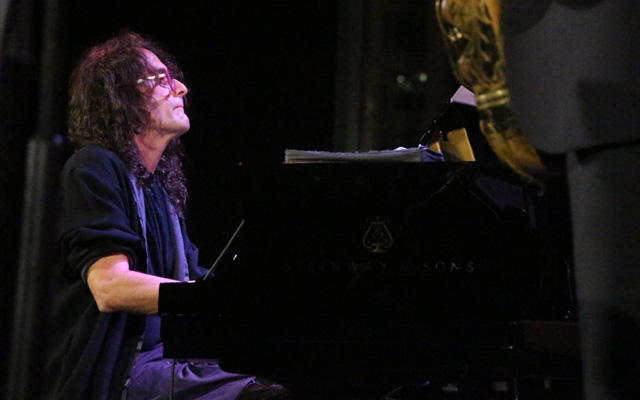 Concertos 1 – 4: The Orchestra of the 21st Century

The pianist David Chesky has an almost tangible sense of mission in the realm of classical composition and this makes me, for one, attend to the righteous fury and flights of fancy of these Venetian Concertos with utter respect. I have also always believed Chesky to be sui generis when it comes to his work not just as a piano virtuoso, but also as a composer, especially a classical one. And he has an impressive discography (as one) to prove it. Here, however, he is focussed on creating four complete pieces in the concerto grosso form and each of them makes a bold declaration of his artistic prowess. 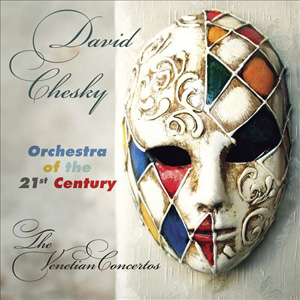 The moment he puts pen to paper, all notions of what his music ‘should’ be become completely irrelevant. Certainly here, in these Venetian Concertos he shows how he can muster all the athleticism, velocity and finesse of a composer ready to burst upon the baroque scene. But like the rarest of his breed – an acolyte of Vivaldi or Corelli, say – his work already has a far-seeing quality that raises him to the status of a musician’s musician. There is, then, as one would imagine, also a sense of exulting in technical prowess and energy. But not once in each of the three movements of the four concertos did I feel that such qualities were being self-consciously underlined. Rather all of David Chesky’s musical personality is as integrated and mature as his compositional work.

Chesky is a native New Yorker and his world is a collision of cultures. So whatever one’s attitude to his work, or what a classical concerto ought to be, his cultural ideology of a musical work is bound to reflect the colliding cultures of New York. It is by virtue of this fact that the whole experience of these four concerto – ones in which the rhythmic layers of Brasilian and Jazz idioms nestle cheek-by-jowl – becomes a more compelling experience. But Chesky has gone a stage further, with an even wider range of colour and attack that gives these concerti a summative power that surpasses almost all other recent work written in this form.

Each concerto in the set has a dramatic character of its own. The outer movements of ‘Concerto 3’ are brimful of revolutionary drive and the third movement sets the tone for all that is to follow. ‘Concerto 1’ to my mind is the souvenir d’occasion. ‘Concerto 2’ is impossible to listen to without being beckoned into a richer kaleidoscope of sound and tempi than you might have ever expected. And ‘Concerto 4’ with its slippery cellos and basses, so expertly structured, brings it all to a close evoking Venice as a place of decaying, sinister beauty, with allusions to Baroque concerti woven into the textures of its final movement.

The Orchestra of the 21st Century performs these devastatingly beautiful works with outrageous skill and virtuosity. More’s the pity that their constituents remain nameless.