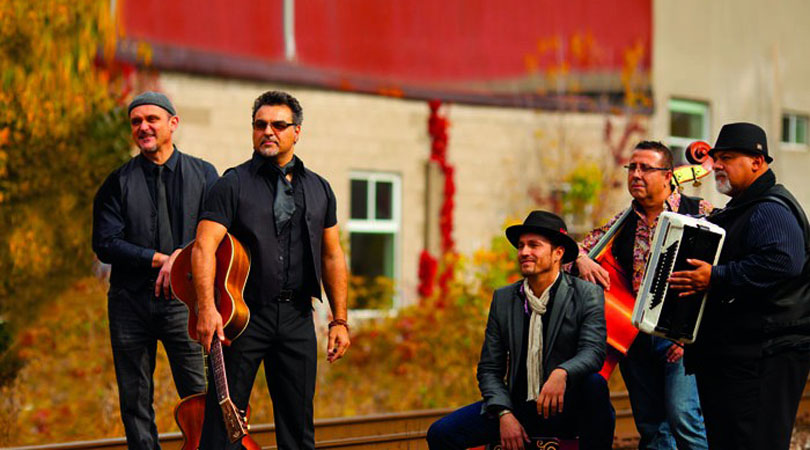 While Dominic Mancuso’s Sub Urban Gypsy may not have the visceral rhythmic excitement of his last release, Comfortably Mine it is nevertheless as passionate and breathtaking in scope. In this album, too Mr. Mancuso plainly knows that there is a similarly enigmatic relationship with tonality and all of this music comes from a place where the music features a language that is beautiful in its melodic invention, lopes in broad parabolas and loping arcs full of rippling lines that leap like excited gazelles at the first smell of rain. What could be a dry piece is lifted off the page by passionate advocacy of the Dominic Mancuso Group who brings accuracy and tonal refinement to the music. In the profoundly beautifully reimagined “Norwegian Wood”, contrapuntal writing gives way to something more free-flowing and lyrical, and a wider range of sonorities. The question does niggle as to whether it’s coherent enough to be memorable, but again it’s given a performance which tends to sweep such cavils aside. 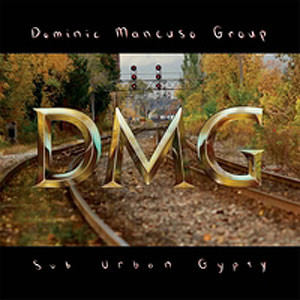 Something like the piece “Sicily” comes from a different place. The language is more tonally based, with repetitive rhythmic phrases based around drones, something quite oriental sounding. It’s immediately appealing, and just as you’ve had enough of one musical gesture or texture, another as delightful comes along. Much of the allure on the rest of the album comes from the controlled, spacious performance, and that’s also apparent in “Dances in My Mind”. Coming towards the end of the album it’s even slower and more ecstatic in its wide-ranging, often modal lines. Like “Sicily” this piece too is worth exploring over and over again.

As a singer, Dominic Mancuso has a unique sensibility. His passionate Sicilian heart is accompanied by a richly reverential song-by-song commentary in the grand manner of the celebrated tenors who went before him. Yet he is utterly contemporary and all of this confirms a growing reputation. The voice is raspy and primeval and replete with metal. His diction is exceptional throughout, an impressive span of Italian and English. There is evidence of real imagination behind his programmes and his interpretations. His recital here has centred on dallying urbanity, but in a most eclectic way 11 songs span the gamut of emotions. His realisations of music are fierce and vital when emotions run high and almost elegiac when the music becomes slower and more melancholic and weighty when the music calls for it. The group beautifully imagined accompaniments are folksy and often emphasise filigreed figurations for the guitars and keyboards.

Here, on Sub Urban Gypsy as on the repertoire of his earlier album, Dominic Mancuso’s rich and widely ranging voice is an asset to his musicianship. His vocals are also deeply expressive. This makes us want to listen to his songs with refreshed ears. At full throttle Mr. Mancuso is perceptibly different and he ratchets up the narratives with dramatic tension. As good as the vocals are it is hard to separate them from the music of the accompanying musicians and this does not only mean the four musicians of the Dominic Mancuso Group, but also the several backing vocalists as well as Kevin Turcotte and Hugh Marsh who define their performances with great candour and with a breathtaking palette of colours as well.

2010 Juno Award winner, Dominic Mancuso is an acclaimed singer, songwriter and producer born and based in Toronto, Ontario. The multi-instrumentalist with an ‘impassioned singing style’ is defining a rich hybrid sound, fueled by the multicultural flavors of his native city, his versatile guitar playing and passion for world music. Mancuso’s earlier release, Comfortably Mine showcases his global sound and diverse talent. The album is a sonic exploration of his ancestry: he reinvents classic Italian songs by breathing new life into them in imaginative ways. By embracing his forefathers’ southern Italian repertoire and infusing it with his North American sensibility, he successfully merged the old world with the new. Featuring 12 tracks and a powerhouse of Canada’s finest musicians playing behind Mancuso, the album has received critical acclaim, earning a 2010 Juno Award and a Canadian Folk Music Award for World Music Artist of the Year. Read more…