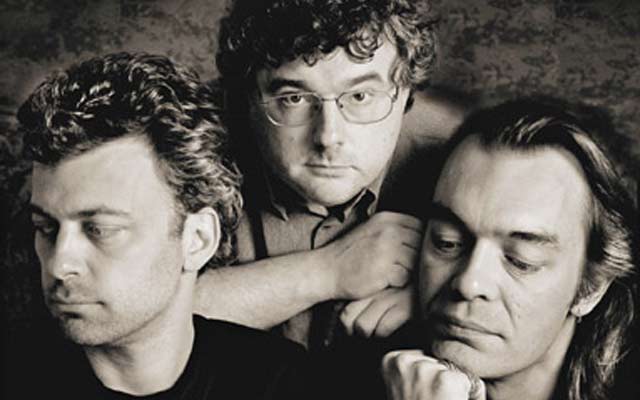 Gabriel Fauré is best-known for his Requiem which among all funeral masses – including Verdi’s – is uplifting and has the odour of incense, no doubt because its composer spent much of his life as an organist deeply familiar with church music. This fact has its unfortunate side as it excludes a wealth of highly refined and beautiful music written by a Frenchman who is known to have been a strong influence on Maurice Ravel and Nadia Boulanger, the twentieth century’s most iconic composition teacher. Fauré was appointed director of music at La Madeline from where he practiced his art, which unfortunately allowed him less time for composition. This, exacerbated by his growing deafness left him with a growing sense of isolation and contributed to the development of a more introverted style.

Gabriel Pierné was a younger contemporary of Fauré. Pierné wrote several operas and choral and symphonic pieces, as well as a good deal of chamber music. His most famous composition is probably the oratorio La Croisade des Enfants based on the book by Marcel Schwob. Also notable are such shorter works as his March of the Little Lead Soldiers, which once enjoyed substantial popularity (not only in France) as an encore; the comparably popular Marche des petits Faunes is from his ballet Cydalise et le Chèvre-pied. His chamber work, Introduction et variations sur une ronde populaire, for saxophone quartet is a standard in saxophone quartet repertoire. 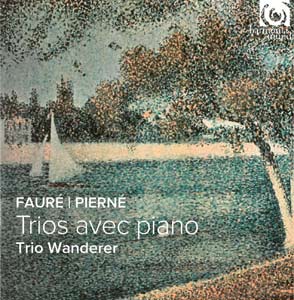 If Fauré was unduly self-critical and nervous of writing orchestral works then in his chamber music he had no such inhibitions, producing an array of works of a consistently high standard that is unrivalled in French music of that period. His sonatas and piano quartets bristle with an ingenuity characterised by underlying melancholy offset by sparkling scherzo-like movements. His later work, such as this 1923 Trio were brighter and more effusive. The Piano Trio op.120 is among his most personal of pieces. Its harmonic adventurousness is built on a solid architectural foundation and it also features vaunted melodic richness and a notably inventive rhythmic style. The last movement is particularly bold and full of unexpected surprise. The breathtaking wail of violin and cello is woven into the fabric of the piece and as melancholic as it is never fails to amaze in its ultimate ebullience.

Pianist, organist and conductor, Gabriel Pierné was considered to be well ahead of his time. Although he was almost completely engaged in producing works on a larger canvas, he also made several contributions to music of a shorter form. This music is also characterised by Pierné’s sense of lyricism and rhythmic adventurism. In this work, the rapid and torrential flow of sound – often frantic – bounces into wildly extreme registers. Much of the music here appears to show an obvious kinship to the contrapuntal weight of Johannes Brahms, but at the same time it also has flashes of invariable lightness and is more sweetly melodic while also being more freely inventive. This is especially so of the last movement of this trio, with an almost continuous gush of colour brought forth by its dramatically shorter notes.

Few groups could have handled this material better than Trio Wanderer, ironically a group dedicated to Schubert and the tradition of German Romanticism. Aptly named for its tireless wandering of the musical world from Haydn and Mozart to contemporary times, Trio Wanderer has proved to be instantly recognisable for its technical wizardry which it employs to reimagine chamber works with characteristic finesse and aplomb, something few groups of its nature can equal. This remarkable disc is a prime example of the group’s unique brilliance.

Trio Wanderer quite deserves their stage-name. Indeed, “Wanderer” pays homage to Schubert, and more widely to German Romanticism which is often imbued with the leitmotiv of the wandering traveler. These three French musicians are avid open-minded wandering travelers, who explore the musical world, spanning the centuries from Mozart and Haydn to nowadays. Acclaimed for it’s extraordinarily sensitive style, almost telepathic understanding of each other and technical mastery, the Trio Wanderer is one of the worlds foremost chamber ensembles. Read more…