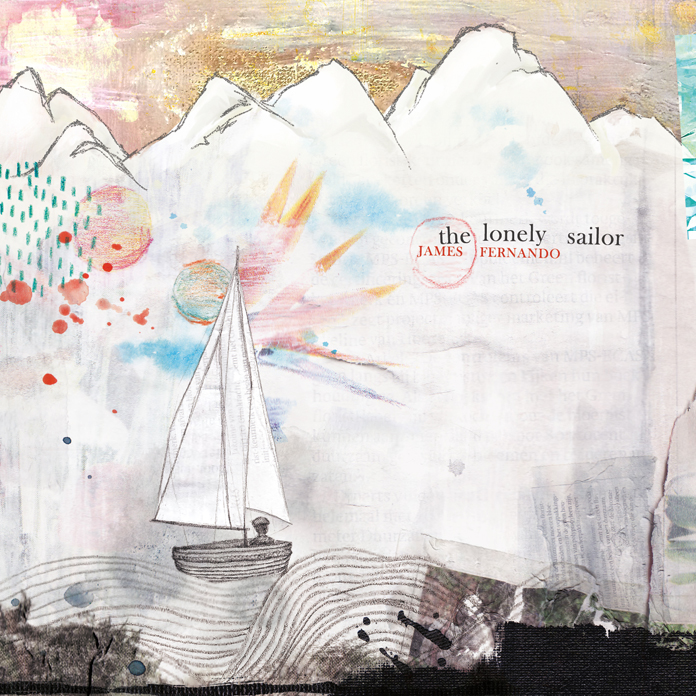 James Fernando – The Lonely Sailor; Untold; The Journey Within; Ancient Lullaby; Troubled Waters; The Other Side of the Storm; The Last Sunset at Sea; Where the Grass is Greener James Fernando: pf

For centuries – ever since the dawn of humanity, perhaps – the sea has drawn man to it. The awesome power of water tumbling unharnessed; its ability to both terrify and calm anyone who comes near it has also riveted artists through the ages. Painters, poets and musicians have sought to express their own experiences and some of these have been quite unforgettable. Homer’s great epic, the Odyssey, is an unforgettable example of this. For the painters the prospect of sea has been varied: from Rembrandt’s roaring depiction of The Storm on the Sea of Galilee, or Edgar Degas’ indolent Sur la Plage and Claude Monét’s idyllic Beach in Pourville to Casper David Friedrich’s mysterious Monk by the Sea.

Musicians of every kind – especially classical ones too have had meditated or otherwise been inspired by the sea. Claude Debussy’s greatest orchestral work, La Mer comes immediately to mind, as does Richard Wagner’s dark opera, Der Fliegende Holländer, in which the grand master of opera found his voice and in which his doomed principal character, the lives of the doomed lovers, Erik and Senta, are claimed by the beckoning sea in the end. It is unsurprising therefore to find that the sea – whether in its naked glory or as a metaphor – continues to fascinate the composer and performer today as well. One such artist who certainly bears mention is the prodigiously gifted composer and virtuoso pianist, James Fernando.

What is so fascinating about James Fernando’s The Lonely Sailor – both metaphor for human life and epic story of the triumph of endeavour – is an opus that features the sea as the backdrop; on in which the composer combines not only the Homeric vision of Odysseus, with that of a musical painter and a compelling storyteller as well. Mr Fernando’s upbringing as a classicist who leaned into Jazz clearly has its privileges as the music unfolds. His vision of the sailor’s solitary journey is bolstered by the ability to craft born of the virtues of classical tone textures that recalls – at times – the monumental imagery of Frédéric Chopin in the ability to tell compelling stories in miniature form (each track here is a complete story). There is also the ability to create instrumental poetry in the conjuring of often desolate landscapes (or in this case seascapes) that suggest that he (Mr Fernando) may have even taken a leaf from Franz Schubert’s epic song cycle Winterreise book as well.

However, Mr Fernando’s sojourn into the realm of improvised music – essentially Jazz – also stands him in good stead here. These breathtaking inventions can be heard throughout the work. The pianist actually seems to set each one up as if from a composed melody that gives way to an extended cadenza in each of the eight works that make up the voyage of The lonely Sailor. Here too there is a feeling of the artist’s musicianship moving in and out of classical forms and jazz improvisations both of which (styles) melt into one another, swirling in a molten mix of dense harmonic textures and colours created by seemingly overlapping right and left hand figures. It’s quite an ingenious feat of pianism actually because Mr Fernando challenges the acceptable norms of jazz pianism and bends the rules of classical ones too.

The result, of course is stunning music in which Mr Fernando rings in the changes in mood, structure and tempo even triggering electronic effects (we are told) by way of the use of the sustain pedal which is fed into a computer, thus triggering a set of cascading effects. The distortions created to accompany the desired mood in “Troubled Waters”, while taking some getting used to, are quite remarkable in the end. Overall, it is Mr Fernando’s genius as a pianist that wins in the end. Also the considerable balance and integration of melody, harmony and rhythm, of composition and improvisation, of exploration and individuality that speaks both to the continuum (and break with) tradition is impressively maintained throughout.