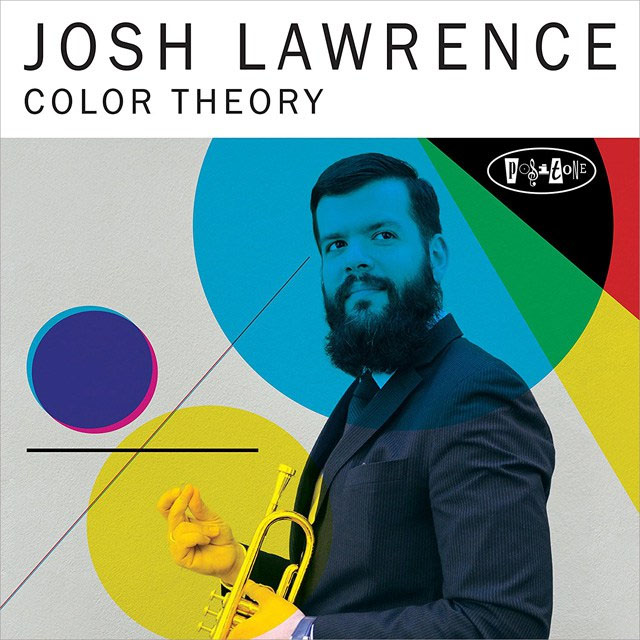 If you chased the clues on Color Theory by trumpeter Josh Lawrence the buck would stop, not with him but with Robert Delaunay, whose Abstract-Impressionist paintings soon evolved into those where bold colours were used in nonfigurative forms, which led to his founding of the renowned Orphism movement. He was a big influence on some of the painter-poets of whom Guillaume Apollinaire and Paul Klee were prominent. Cubism also grew out of Orphism. There were whispers of Erik Satie becoming an acolyte, but that remains a mystery. However, the great choreographer Serge Diaghilev was impressed and had sets for his production of Cleopatra by Delaunay’s Russian wife, Sonia, who was also among the co-founders of Orphism. From painting to poetry and ballet, Delaunay’s work touched a great deal of art.

So it is hardly surprising that Josh Lawrence should not only follow suit, but also, in fact profess to be a late disciple of sorts. Musicians are of a tribe that is naturally drawn towards “painting with light and shade”, and trumpeters – good ones like Josh Lawrence – are notorious for drawing in mouthfuls of air turning these, as if by magic, into the most brilliant colours that, in turn, swathe notes and phrases that bud and bloom into memorable songs. On his recording, Color Theory, Lawrence not only makes this happen but also makes each song come to life in a most extraordinary way. Moreover – and this is the real gift of the album – these songs are somehow entwined together to become one large diaphanous tapestry. Josh Lawrence displays musicianship of a kind that is born of great intuition and great intellect as well.

And he is an instrumentalist of enormous skill who uses both aspects of his musicality to peruse a palette of enormous colour and texture, which takes this music quite beyond a “theory” really. His is a broader world-view no sooner than he dips his invisible brush into “Yellow”, and gets things started right through the gates, so to speak. Warmth gives way to fire and we observe how “RED” (capitalized, which please note) literally catches fire. The cool-down begins not long after – with “Green” turning eventually into “Purple”, then “Blue”. The phrases here form lines; threads of colour that weave themselves into the proverbial, mystical tapestry. The only anomaly here is “Black” signifying things rather dark, which is hardly the case on the music of this album.

Josh Lawrence is too much of a balladeer to dwell on despair and melancholia. This becomes eminently clear in the translucent beauty of “An Uptown Romance”, a gorgeous song where Lawrence’s trumpet makes great balletic leaps and pirouettes. His musical gymnastics is shared by the rest of the exquisite ensemble as they apply just the right amount of heat to the colours so they melt, one into the other, linked by abstractions such as “Presence” and subterfuge on “The Ripoff”, then narratives such as “The Conceptualizer” (is it Prince?), although I can hardly find a better one – musically – than Josh Lawrence, who brings everything back together “On The Yangtze” – the great “Yellow River”, a marvellously metaphor for this memorable album.