The young violinist Kinga Augustyn has outdone herself with the release of her second album of 2021, Turning in Time, probably reaching the apogee of performance and what it means to play the instrument of Paganini, Kreisler, Joachim, Heifitz, Oistrach, Kennedy, Bell, Hahn and others. This inference is drawn from several aspects of Miss Augustyn’s performance. The first is the challenging works by Elliott Carter, Luciano Berio, Krystof Pendericki, Grażyna Bacewicz [among other works] that she has chosen to represent her artistry with. But perhaps more significantly, she has chosen to perform the works solo – something that is akin to making a proverbial leap off a musical cliff without any measure of safety. Accordingly, it is the edge-of-your-seat readings of each work records that are the true measure of her success.

The disc begins with Carter’s “Four Lauds”, and Miss Augustyn’s performance springs out of a seemingly different universe altogether. It is an exhilarating musical jeu d’esprit, in which the violinist matches her formidable technique to the composer’s bold yet oblique neo-classical nods. Her arresting performance in each segment begins innocently enough before accelerating to a vanishing point; throughout expressing Carter’s effusive lyricism set against complex metronomic pulses. Her world premiere of Penderecki’s “Capriccio” perfectly expresses the searing nature of the composer’s own brand of modernism. It is a benchmark performance marked by uncommon fervour and sensitivity. Berio’s “Sequenza VIII” is quite magical, perfectly capturing the composer’s zany virtuosity that was intended as an instrumental parallel to the vocalastics of Cathy Berberian. 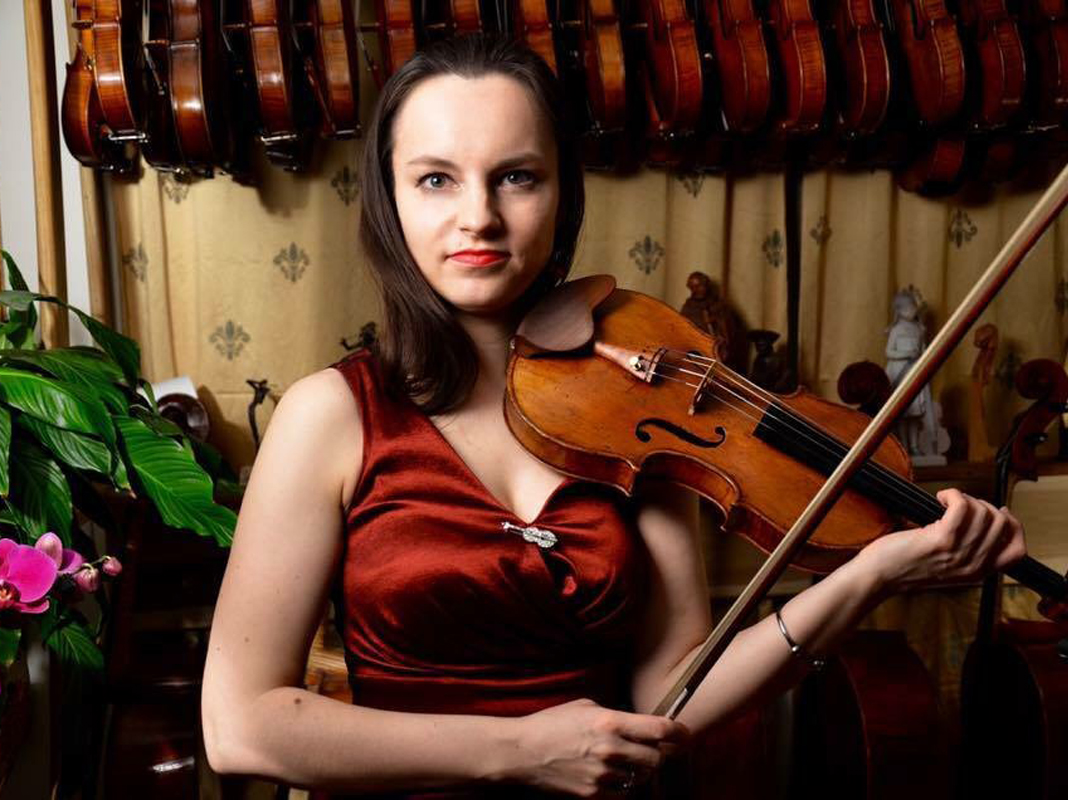 The rest of the repertoire may be less well-known, but no less challenging for a performer, Miss Augustyn acquits herself with distinction in every one of them. Her navigation of Grażyna Bacewicz’s “Sonata No. 2”, is magnificent and she traverses the difficult passages with of highly-charged expressiveness mixed with a degree of sensuousness to infuse the work with eloquent statements and rich sonorities. The rich and unique musical vocabulary of Isang Yun is impressively captured in Miss Augustyn’s performance of the Korean-German composer’s grandiose “Königliches Thema”.

Miss Augustyn closes her disc with a work of utter beauty and wonder by the young composer Debra Kaye. It is an unusual meditation that juxtaposes musical history going back to Bach and reaching out into the present while imagining the future. Miss Augustyn’s performance – a second world premiere – captures the chiselled beauty of a work that is also defiantly provocative as it attempts to throw overboard melodic, structural and harmonic hooks that have become blunted through overuse. In doing just so the violinist manages to infuse the work with an instinctive radicalism that perfectly aligns with what is implicit in this exquisite composition.