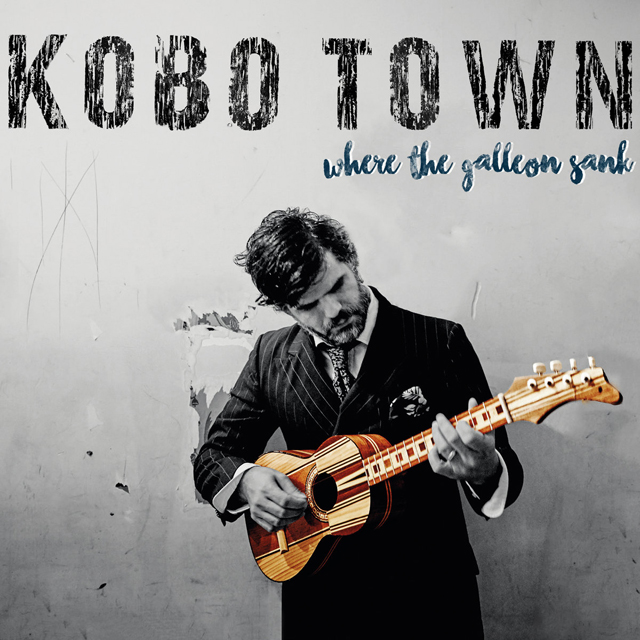 Listening to Afro-Caribbean music, one cannot help being first dazzled – even blinded – by the electrifying performances of Bob Marley. To hear the wind on the beach hiss and the sand come alive with the cries of revolt in the plantations; to feel the heat of the blood spilled as it is still disappearing into the hot red mud one usually returned to Marley. That is how reggae rolls; that is Jamaica. And then there is Drew Gonsalves – coming to Canada, via Portugal and Kobo Town, Port of Spain. Trinidad and Tobago. Gonsalves’ telling of the history of his Caribbean is sung with wry poignancy, almost as if his vision of history passes through his heart to Marley’s that is thrust from his loins. So make no mistake, the ghosts of Columbus and Toussaint L’Ouverture; Frantz Fanon and Sam Sharpe, Michael Manley and Eric Williams lurk just under surface (on) Where the Galleon Sank.

That galleon which gave up its ghosts to Gonsalves has enabled him to create a series of impressive songs, significant for their retelling of the past, looking back as if from a vantage point in the future. It makes his work sad, sometimes joyful and always hopeful, something he captures beautifully in “Scarborough Girl”. The song is about a nurse (Gonsalves was inspired to write it after seeing a Caribbean girl in hospital scrubs dancing in the dead of winter at a bus-stop: “…she’s captured by the sound /coming through headphones from far away/songs that bring the light and sing the green of day/sounds stream making her troubles seem/to be passing like a dream…/midnight, busy hospital floor/worn down, doesn’t know how she will endure/tomorrow’s shift…” Are these echoes reminiscent of the heroic and legendary Mary Seacole? I wouldn’t be surprised.

Certainly the emotion of the song seems to be at the heart of Drew Gonsalves’ lyrical calypso that sets Where the Galleon Sank alight. To that extent “What the Sea Remembers” is the beacon which warns one of ghosts of a thousands dead must never be forgotten, though “left by those times/which these wide waters try to hide/down in the deep where colours fade/where slaving ships and pirate raids/left silver coins and rusted chains/half eaten by the waves…what the sea remembers/ will it spit it out some day…” That song and “Guayaguayare” which recalls the approaching Santa Maria, Niña and Pinta, spied from the shore of the fearful Caribbean people who were about to have their lives changed forever. These, however, are no flashes of brilliance. Gonsalves’ absorbing narratives also include an account of his own arrival in Pakistan on the fateful day of the assassination of then President Benazir Bhutto.

There are nine more songs to gloat about. Each is a vignette either triggered by an historical event or an account of one. And each is deceptively simple, but crafted in the inimitable style of Drew Gonsalves and Kobo Town, where under the gentle shuffle of the calypso “riddim” sorrow and joy wage their eternal war, the prize of which is a more hopeful world. Having combined forces (again) with the legendary Honduran bassist and producer, and all round musical wunderkind Ivan Duran, Where the Galleon Sank gleams like the pure gold that it is, with the star of Drew Gonsalves on its ascendency. And that’s no idle boast. It’s all in the music that demands to be heard.