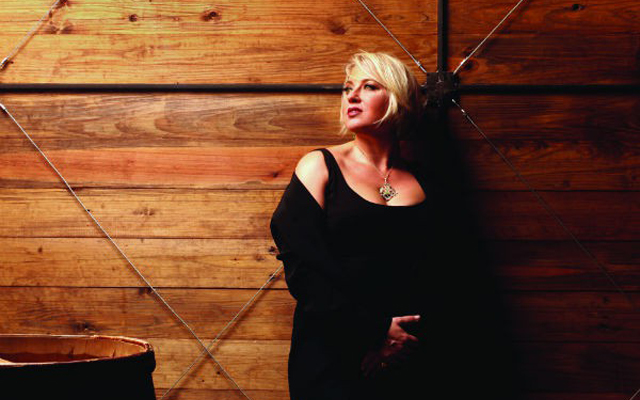 If you need any introduction to Kristine Mills’ music then you’re missing something. Fortunately there is still time to catch up. The sultry-voiced singer released her 15th album in October last year. The album is called Bossa Too. It is a tricky play on words. By it Mills suggests her second favourite music – Bossa Nova – has become ‘her’ so she is Bossa too. It is not that much of a stretch as Mills has taken to Bossa Nova in the way that Astrid Gilberto once did in the 1960s. And while Gilberto’s delivery was ethereal yet ashen, Mills’ is more voluptuous, more beguiling and more Brasilian. On this disc Mills sings in English, as Gilberto did with Stan Getz. But she is magical and it would be impossible to resist her charms she sing these songs. And God-forbid she was serenading you under a full moon… 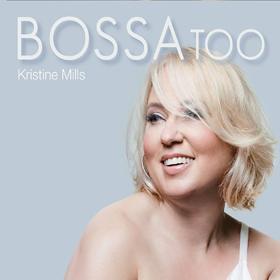 The repertoire on this disc actually includes only two Brasilian staples. They are Tom Jobim’s Meditation (Meditação) and Inutil Paisagem (Useless Landscape). The former is a dark song, which Jobim often sang with deep melancholia. Kristine Mills version is extraordinary. Not only does Mills do justice to the song’s profound sadness but she also slows down the song just that little bit to give it added sadness, making its narrative and mood not just blue but indigo. She sings this chart too with nothing short of brilliance, bringing all of her skills to bear on the lyrics which she does not so much as sing, but wail. These two beautiful versions of the songs fortify her credentials as one of the premier interpreters of Brasilian music.

But there is something more. Eight of the nine other songs on this album have either been written by her alone or with a lyricist. (The 9th is a cover of the song made famous by Sting – It’s Probably Me). Much of this repertoire is written using Brasilian rhythmic modes and they sound so natural and organic to the music that if you had not known you would think that they were written by a Brasilian. Yet Kristine Mills’ talent for song writing goes well beyond that realm. She is a fine writer of The Song, an even better writer of The Ballad and best of all she writes a compelling narrative. In short, Mills may be considered a complete musician. Songs such as Breathe You Kiss, Not Waiting for Maybe and Burden of Choice prove this beyond the shred of a doubt.

I would be remiss if I did not mention the rest of the musicians. Pianist Klaus Müller, multi-instrumentalist Itaiguara Brandão and percussionists Portinho and Rafael Barata are terrific musicians who bring much in the form of tight arrangements to the recording. You cannot do that unless you have belief in the music and the fact that you know that each of the other musicians has your back, so to speak. Moreover with Kristine Mills leading from the front, it seems that nothing could possibly go wrong; and of course nothing does…

How To Fall In Love With Ayelet Rose Gottlieb (All Over Again)!