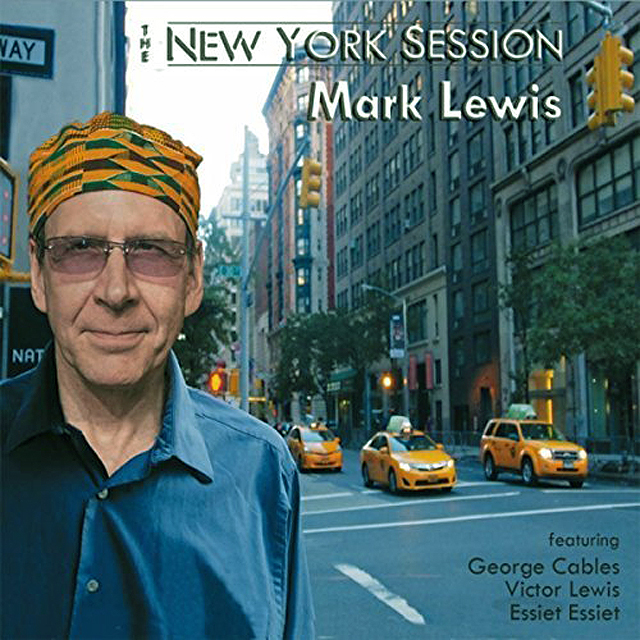 Any album by Mark Lewis is something to look forward because more exceptional music from his songbook comes to light. Not that any catching up is possible because Lewis is a prolific composer and has written over 1,700 works since he first started out as a professional musician in 1972. The New York Session featuring an all-star cast of George Cables on piano, Victor Lewis on drums and Essiet Essiet on bass is his 20th album and he shows no sign of slowing down, despite living far from the madding (jazz) crowd of New York City. Still, from his Bremerton, a small town in Washington State, Lewis still manages to record at least one album every two years.

Listening to the music of The New York Session one begins to see why Mark Lewis is so sought after, not only in his home state, but across America and indeed the world, especially in The Netherlands, where he spent fourteen years working as a first-call alto saxophonist and flutist. It’s not difficult to find out why. His music is utterly songful and modern, which are two aspects of much contemporary improvised music that seem to cancel each other out in the North American universe. His tone is unusually deep for an alto saxophone and he can make that horn sing. He plays without the histrionics and yet his improvisations are thrilling and provocative, and he is constantly challenging the musicians around him, who throw down the gauntlet back at him. This makes for exhilarating listening throughout the performance.

The New York Session begins with a haunting piece entitled “Koan”. The work featuring Mark Lewis on flute is utterly mesmerising dialogue about life for those affected by the Fukushima meltdown. His extraordinarily whispered playing seems to provoke “the great doubt” about the “illogical logic of life” with deathly-calm, soaring lines aimed at George Cables, who attempts to answer with his evocative playing, which together with Victor Lewis’ breathy drums and the gravitas of Essiet Essiet’s leads to an appropriately open-ended resolution at the song’s end. The piece sets the stage for ten other remarkable pieces that follow. And as one song leads to the other it soon becomes evident that we are listening to a kind if concerto unleashed by “Koan”.

The “concerto” apart, all the pieces are short and pithy observations, narratives, portraits and elegies that appear to be refracted into a continuously running bioscope hand-held by Mark Lewis. Hidden connections seem to link the exuberant “Child’s Play” with the festivities of “Boberto’s Magical World”, and the viscerally exciting “Sierra Leone” with “Not as Beautiful as You” via the breathtaking harmonics of “The Lydian Express” to “Roll ‘em Joe”. These continuities are of the kind that bring film editing techniques to mind, with juxtapositioning and cross-cutting rather than blending or overlapping (of situation and storyline), with a distinct notion of relating invention to principal idea: that of the “Koan”. However, because the startle factor is high in each song, the whole album begs a second listen, like a film’s re-run.