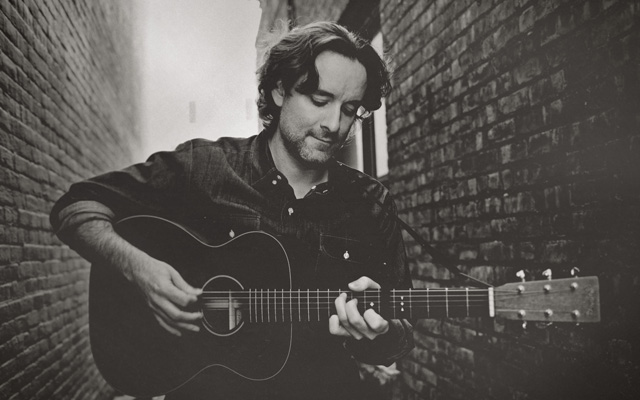 Mark Murphy (no, not the late, iconic jazz singer) is not likely to be under the radar for much longer. Not if this recording, Slip Away has anything to do with it. The album is a simple offering; an almost nondescript vehicle for a traditional American singer and features just nine songs. But a few bars into ‘Dayton Ohio – 1903’ and you will get a sense of the restrained manner in which Murphy is about to draw into his world. It is one in which the richness, depth, presence and character of music is allowed to shine in an especially luminous manner. 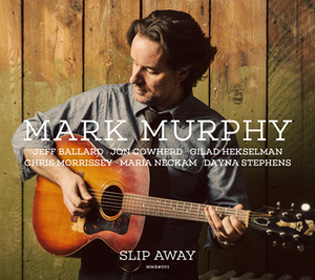 To this end, Murphy focuses all the alluring restraint of his voice into the poetry of the lyrics. Funneling his unpretentious vocals through altogether cooler, almost otherworldly arrangements that he etches out of his guitar, Murphy is joined by a wonderful cast of musicians who subtract everything but the aching fragility of the music to these songs. The result is an album that communicates without any barnstorming whatsoever. This is a rather courageous thing to do no matter how far you are into your discography, considering what musicians are competing with today. However, Murphy’s warmly expressive voice and the spontaneity with which he spins the lyrics of these songs are utterly captivating.

Unlike much popular music today, which might be lively, but almost always lacks imagination, this recording is the epitomé of sensitivity and musicality. Mark Murphy is clear-sighted and offers straightforwardly touching accounts of music written by luminaries such as Bob Dylan (‘Boots of Spanish Leather’) Neil Young (‘Tell Me Why’), Paul McCartney (‘Waterfalls’), Randy Newman (‘Dayton Ohio – 1903’) and Tragically Hip (‘Bobcaygeon’). His own work – ‘Conversations’, ‘Slip Away’, ‘All Things Turn’ and ‘Kiwi’ are burnished examples of sheer melodicism.

Murphy’s group is comprised of musicians who have performed on record and on stage with stars including Brian Blade, Brad Meldau and Ingrid Jensen and their performances – especially on by the alluring Maria Neckam – on this recording are superb. Through all of this, of course, Mark Murphy holds his own, floating airily over all of the stardust. Ultimately it is for these well-judged performances and many more reasons that will pop up each time you listen to the recording that Mark Murphy will elevate himself to something infinitely more substantial among contemporary musicians.