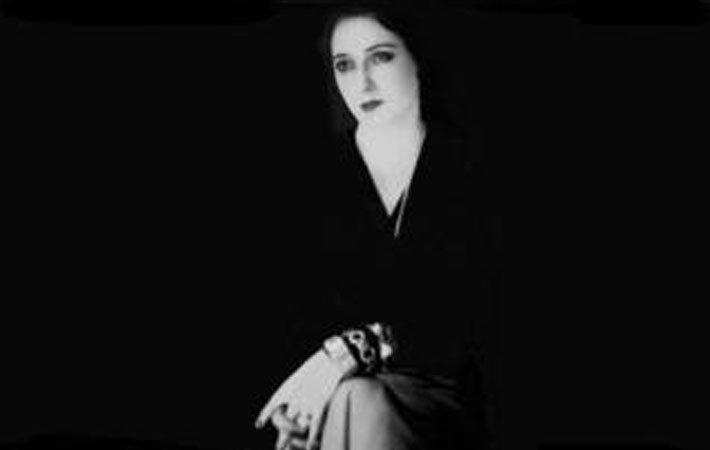 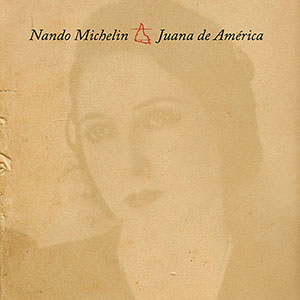 The Uruguayan poet Juana de America was one of the major poets to come out of South America. Sadly, she is not as well-known as she ought to be in the rest of the world. Not that she must of necessity be, but translations of her work in English are either scant or non-existent, unlike those of the Chilean Pablo Neruda, the Brasilian Mario de Andrade and many Portuguese- and Spanish-language poets such as the Spaniard Federico Garcia-Lorca. This is a travesty as Juana de Ibarbourou wrote in a majestic idiom of nature and feminism, much to the glory (some say eroticism) of the human body. Nando Michelin’s work Juana de America, an important addition to the body of work about the famous poet sadly does nothing to address this issue. Notes are in Spanish as are the lyrics, presumably based on, but largely true to the poetry, are also in Spanish. This should not be a deterrent to enjoying this immense project, but it is certainly a drawback to this otherwise beautiful package.

As usual, Nando Michelin has done a marvelous job of arranging and producing repertoire that will be a major addition to Latin Jazz with its absolutely magical music, especially with the fascinating pairing of a string quartet that gives the poems a textural drama all their own. This is in keeping with the poetry that it is of a period in the 20th Century. Musically the colours and textures, while reminiscent of the monumental work of Gil Evans and Miles Davis, are of a singular voice belonging to Mr. Michelin. More importantly, his pianism is exquisite; his touch immaculate and the pulse and pace of the work languid and undulating in keeping with the melancholic nature of the Spanish poetry that Ms. de Ibarbourou wrote many years ago. However, there is enough innovation here to suggest that Nando Michelin has also input his own wonderful voice by inventing music that is lilting as well as sinewy and raw, and this enhances the beauty of the poetry in a beautiful manner. Mr. Michelin is, of course aided and abetted by a group of musicians schooled in his thoughts from his quartet, featuring the indescribably beautiful vocals of Katie Viqueira, as well as the string quartet that brings boundless tonal variation to the music.

It is nearly impossible to suggest appreciation of all of the lyrics, or single them out for especial praise. The poetry/lyrics would not stand—ever again—on their own without the music and vice versa. Both are now irreversibly married to each other and cannot be pulled apart. This is—and it bears mention again—solely the work of Mr. Michelin and his ingenuity in picking Ms. Viqueira whose vocal colour puts the poems in a rarefied realm. Ms. Viqueira has the perfect voice for the job as she floats the lyric as if it is sung on a white hot thermal. Thus words soar like the proverbial condor, gracefully and on high. And in “Cansancio” the string quartet led by the first violin produces a wonderful keening performance. So despite the shortcomings of the package it is indispensable to connoisseurs and casual listeners of beautiful music alike.

“I started playing piano as a kid, but stopped when I was 12—I wanted to be a soccer player. About a year or so before going to college to study chemistry I started learning classical guitar, but I was more into pop music and rock, so it didn’t click. Then one day my guitar teacher told me that this guy Egberto Gismonti was in town, so I went to hear him. From the moment he hit the first note—it was just a single note on the piano—it was like I was floating for the whole concert; it was an incredible sensation. I said to the person I was with, ‘This is what I have to do. Even if I’m not good at it, I don’t care; I need to be this way.'” Read more…

Juana Fernández Morales de Ibarbourou, also known as Juana de América, (1892–1979) was a Uruguayan poet. She was one of the most popular poets of Spanish America. Her poetry, the earliest of which is often highly erotic, is notable for her identification of her feelings with nature around her. She was born Juana Fernández Morales on March 8, 1892, in Melo, Cerro Largo, Uruguay. The date of Juana’s birth is often given as March 8, 1895, but according to a local state civil registry signed by two witnesses, the year was actually 1892. Juana began studies at the José Pedro Varela School in 1899 and moved to a religious school the following year, and two public schools afterwards. In 1909, at 17 years old, she published a prose piece, “Derechos femeninos” (women’s rights), beginning a lifelong career as a prominent feminist. Read more…