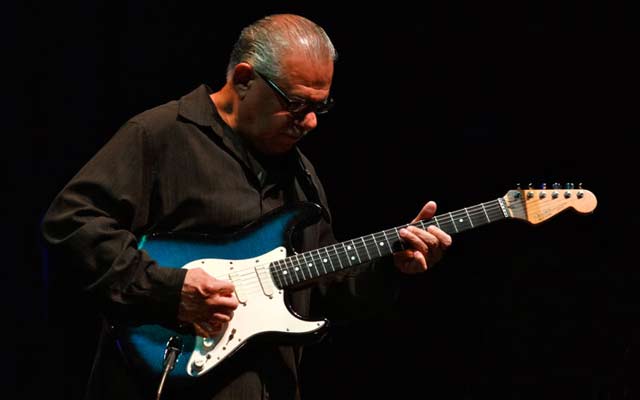 At first blush, you think that this disc might pass like a ship in the night. Although the music and its performers have lit up the night sky, that marque seems so far away, that a squint is necessary to read its signs. But soon Ray Obiedo breaks through. The delicate curlicue of his guitar lines emerges every once and awhile opening up the glacial arrangements to snuggle up to the mind’s ear. This elusive gentleness might easily be misunderstood as effete, but in the perfection of the arrangements on this disc, something bright and wonderful appears. 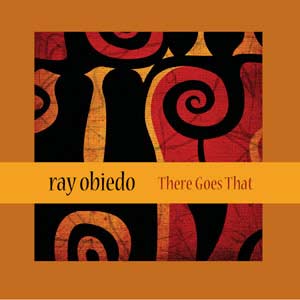 It does not help matters that the personnel on this disc reads like a who’s who of West Coast stars (where’s Wayne Wallace
though) and this can have its own dangers, because with slick arrangements such as these “stars” often can do no wrong. But when you dig the music some more, you are often surprised to hear the samba, salsa and the mariachi flavours that are simmering below the surface. There is no mistaking that on “Southern Side” even though it is somewhat reminiscent of Santana’s later period. But once these rhythms are embraced by Ray Obiedo they exercise real magic. And you realise that the guitarist is a perfect interpreter with a gorgeously warm voice.

The West Coast musician has been brought up on the rousing nature of the influential Afro-Cuban rhythms and their music reflects that visceral energy, but consider the sensuous percussive splendour of “Almost Certain” and you will hear another side to congas and batá drums. Cleverly this track has been placed at the end of the programme. The effect is utterly desirable. Who wouldn’t want more after that? After all Ray Obiedo writes masterfully. There is evidence of this dappled across the disc. I couldn’t but marvel enthusiastically as his writing given a voice that can combine the sparkle of moonlight on a crepuscular ocean with the cool splendour that lies at the heart of the ultimate West Coast “cool”.

An entire programme like this offers not an austere pleasure but almost a rich indulgence. Throughout this disc you are constantly reminded of that fact. What might simply be blatant West Coast sonorities by lesser musicians have great meaning when played by Ray Obiedo and this burgeoning ensemble, as if he arranged the music himself. Never is a phrase without a highly specific purpose. This is why the guitarist and his ensemble end up giving performances which soar shamelessly with emotionalism and reveal voices with unforced splendour not often heard elsewhere. And so I stand corrected when it comes to judging a disc too early. This one has to be savoured like rare wine. I just did that.

Never has contemporary jazz guitarist Ray Obiedo’s genuine lifelong affection for the San Francisco Bay Area’s unique musical personality been more clearly evident or remarkably celebrated than in his newest CD “There Goes That”, released nationwide on the Rhythmus Records label. Even as a child growing up in the East Bay, Obiedo recognized his own profoundly soulful musical connection to the Northern California region and its eclectic blend of exotic multi-ethnic rhythms. Small wonder indeed, many years and successful albums later Ray has steadily emerged as one the most originally expressive and exciting contemporary jazz talents of the decade with a delightfully distinct Bay Area flavor thoroughly marinating his personal jazz signature and nationwide festival performances. Read more…