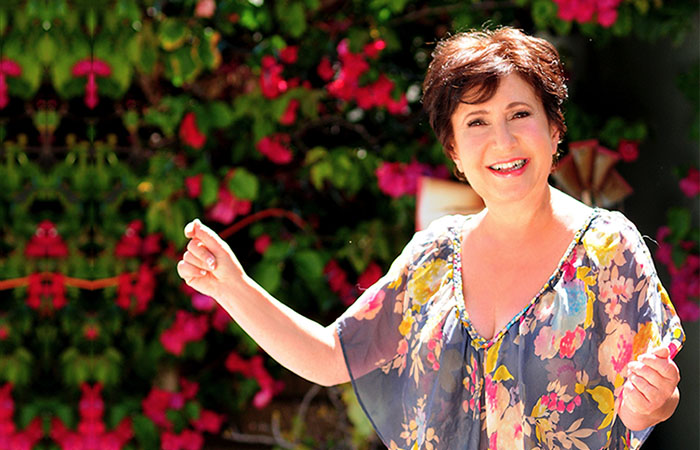 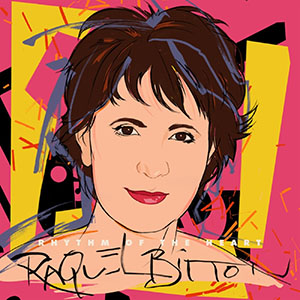 It is not easy at all to interpret legends and musical icons like Edith Piaf, but Raquel Bitton has done it in a respectful and wonderful way. Continuing with the tribute to the most important contributors of French singing, Raquel Bitton brings us Rhythm of the Heart, her new album, a tribute to the French singer and film actor Tino Rossi. In this production Raquel has the great opportunity to be accompanied by 21 classical musicians of the San Francisco Symphony and a dream Afro-Cuban band composed of Ramón Stagnaro, Rebeca Mauleón, Carlos del Puerto Jr., Jimmy Brandly, Orestes Vilató and Jesús Díaz.

This album is not a conventional work itself. Mrs. Bitton sings a variety of rhythms in French, most of them latinos including chachachá, bossanova, danzón, tango, and bolero of the unforgettable French figure Tino Rossi. This is an interesting meld between two passionate, sensual and romantic worlds: Habana and Paris.

Tino Rossi was a reference in singing and film acting some decades ago. He recorded hundreds of songs and participated in more than 25 films. As a result of a great career Tino Rossi sold over 300 million records, a number that indicates the success he had in those days in the entertainment world. These reasons are more than enough for Mrs. Bitton to pay tribute to this great romantic French idol.

No other title for this album would have been better than Rhythm of the Heart. The French typical song is an invitation to recall love memoirs and feeling, and Raquel Bitton does it again with the name of this album and its 12 songs. Raquel Bitton keeps an elegant, sweet and warm style of the French singing interpretation but adds the syncopated and seductive sound of Latin rhythms. Her voice fits beautifully with the classic Latin beat which shows that she has total control of the rythym and the music flows very naturally with her soft and velvety voice.

This album moves you to sing passionately and profoundly evokes feelings with the subtle clave beat of the bolero or danzón. Each song is a great excuse to explore your mind looking for beautiful pictures. “Tout Bleu” explains what I am talking about, it is the pure softness and poignant expression of singing, it is the switch that makes you start dreaming about your profound wishes, loves and feelings. Mrs. Bitton’s voice and her big orchestra take us to the place we have been dreaming about for quite some time, the place of our deepest feelings.

What a wonderful tribute she has paid to the chanson of the world. This production has an incredible balance, keeping a lush and sweet sound from the beginning to the end.

French jazz singer and recording artist Raquel Bitton is recognized as the foremost singer of French Jazz music in America today and has been internationally reviewed as the greatest interpreter of the music from the Edith Piaf repertoire. Raquel was Born in Marrakesh, Morocco. In 1970, as a teenager, Raquel and her family moved to San Francisco where she began her American career, focusing on the songs from the French l’Age d’Or. Read more…