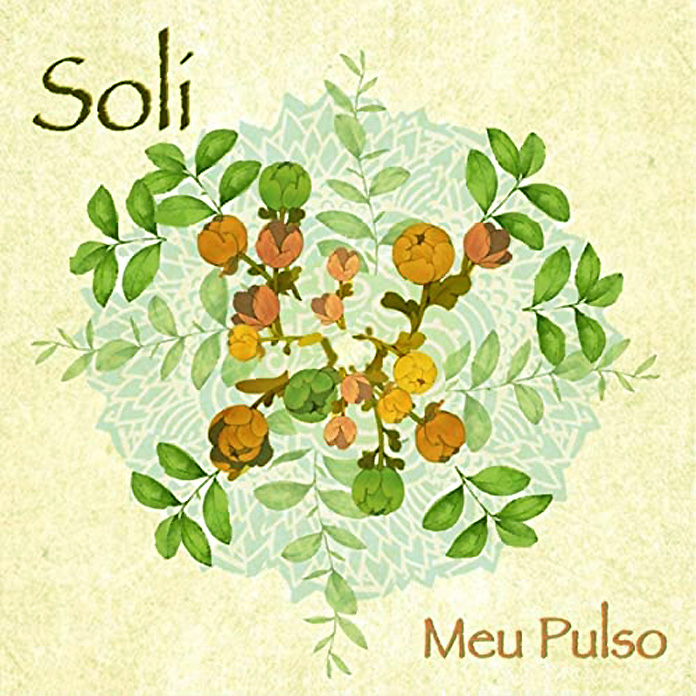 There’s a good chance you might not have heard of the guitarist, vocalist and composer of these songs – Soli. Having a one-word name that also means “alone” (in Italian) and refers to a person or performer who sings or plays a cadenza completely alone or supported by an accompanying instrument such as a piano or organ, a continuo group. This Soli, however, is a Brasilian living in (where else?) New York City; one who has played away from the limelight, backing the wonderful Brasilian vocalist Vanessa Falabella (for instance), but whose time has finally come to showcase his own talent. And he makes quite a splash.

The repertoire reflects much of what results from feeling what it is to be a Brasilian living abroad. Thus it contains the familiar and a few surprises too. Largely sung in Portuguese there are, however, three pieces sung in English. What is striking about these pieces – “Letting You Rule”, “You Breathe Me In” (a beautiful song written with lyricist Clara Pierotti) and “But You Never” – is that they echo the artist’s “Brasilian-ness” even as suggest an attempt to assimilate the alternate reality of the North American experience. “You Breathe Me In” is a poignant example, from its surreal title and lyrics right down to Soli’s signing of them in his silken voice, accompanied by his expressive guitar accompaniment, backed by the gravitas of Erika Nande’s contrabass, flighty pianism of Romi Abe, etc.

But it is Soli’s voice that is ear-catching. His lingua franca is, after all, Portuguese, the sound of which sits heavily on his expression. And that expression – drenched in naked feeling comes from his Latin roots. Portuguese – like French, Spanish and Italian – is a Romance language. Its vocabulary and etymology of that vocabulary, and the phrasing in speech and song is driven by the nature and experience of emotion. And so the words and the sound of these words often attempt to convey the sound of the experience itself. Often some of these words have no exact equivalent in English – for instance saudade (something omnipresent in Soli’s music), is a word translated as “longing” but the true extent of its meaning to Brasilians who are living it is quite ineffable. Yet this is something that you sense and you can feel deeply in Soli’s voice, the manner in which he breathes the words in and out in song.

And so while (a Romance language) becomes a language of feeling, in the right hands – Soli’s, for instance – it is transformed by lyrics and by singing and playing music – into the poetry of feeling. This is what is so fascinating about this music, which even in describing what is seemingly an innocuous event such as being with someone you love, the experience is transformed into something quite magical by the vocalist. “”Em um Prisma” is one such song, as is “Com seu Beijo”, the latter of which is written together with the inimitable Miss Falabella. Best of all, of course, is the fact that these performances have been meticulously engineered so that the sound of this music so drenched in emotion also lives and breathes as if it is happening in the moment, in the room in which you are listening to it.