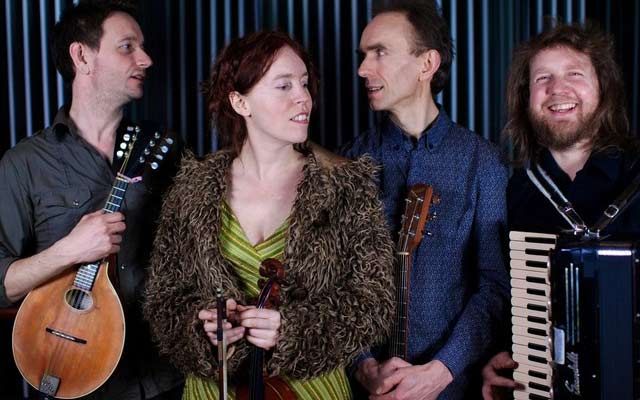 English folk music of the late Romantic period has been celebrated by contemporary musicians such as Richard Thompson, Bert Jansch and John Renbourn as well as by Pentangle. But English folk music dating back to the late-Baroque period has had fewer takers today in the contemporary sphere, even though it has never lost its charisma. Enter Spiro. The group’s delightful transcriptions of some of this music and new compositions use the visceral rhythmic energy and is also rich in the modes and metaphors of that period. It is no surprise then, that Spiro’s album Welcome Joy and Welcome Sorrow is quite simply a magnificent “lesson of worthe” and an exciting foray into the joyful as well as the darker corners of English music of the 1700s and later. 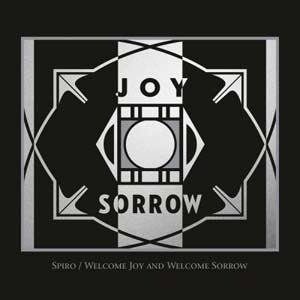 We are not talking merely songs from the wood and Jacks in the green, but also studies in deeper emotions of the existentialism of the human spirit. Spiro’s writing is idiomatic and truly intuitive. Not only do they prove to be strong advocates of the music of an all but forgotten period, but by reviving the music rich in allusion and dramatic dialogue between the string instruments – violin/viola, guitar/cello and mandolin, they recreate the veritable cultural topography of those times. Of course all of this done in a contemporaneous manner, which is where the piano accordion comes in. A sort of bridge between old instrumentation (keyboard) and a relatively newer device (bellows) the ensemble parley with the familiarity of old friends. Yet their playing retains the sense of gracious etiquette associated with noble English guilds and academics for who the music was intended.

The members of the group appear to be obsessive perfectionists. They not only recreate transcriptions worthy of bards and minstrels, but place these compositions in an atmosphere fraught with minute details of tone colour. This, of course, comes with all of the richness of texture and timbre of instruments and the virtuoso mastery by their players. Music though joyful is never flashy, unlike some of their more flamboyant contemporaries who I shall not name. I have enjoyed every one of the songs on this disc, most especially “Burning Bridge” and “Folded in the Arms of the Earth” (being inextricably drawn to the repertoire compiled by Peter Stewart and John Offord).

Again, there is nothing forced or exaggerated or overly mannered; tempos, ensemble and balance – all seem effortlessly and intuitively right. The string sound is lucid, while the accordion and piano add warmth and continuo. These are in sum, sincere and poised accounts, a fitting tribute to the chaste and faultless character of the composers of the period who Spiro celebrate. Bravo Jane Harbour, Alex Vann, Jason Sparkes and Jon Hunt. A final word: I would run, not walk, to the store and purchase this disc which is to be enjoyed with a hearty tankard of ale, or perhaps some other fine spirits, whichever takes your fancy.

Track List: i am the blaze on every hill; blyth high light; flying in the hours of darkness; burning bridge; and all through the winter he hid himself away; one train may hide another; will you go walk the woods so wild; orrery; the vapourer; marineville; thought fox; folded in the arms of the earth; the still point of the turning world; welcome joy and welcome sorrow.

Spiro are something of a slippery beast when it comes to being contained by mere words. Guitarist Jon Hunt has a go: “We’ve got as much to do with minimalist classical and dance music as we have with folk. Even though we use folk tunes, they’re raw materials that the rest of the sound is built around.” One thing is certain – Spiro are their own people, commendably operating in their own sphere and at their own pace. This contemporary acoustic ensemble first came together through Bristol’s folk sessions scene in 1993, trading under the name of The Famous Five… Read more…

Ray Obiedo: There Goes That