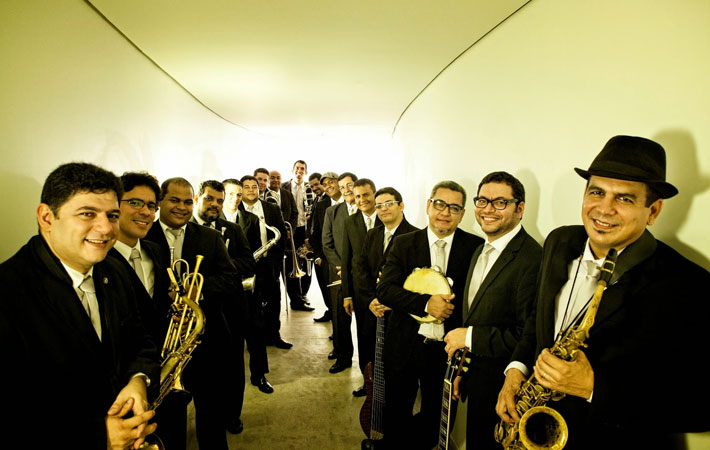 To the untrained ear, most frevos may sound the same—fast-paced, played at breakneck speed almost, music rising and falling in waves crashing upon invisible beaches under invisible primordial promontories. The phraseology of frevo, which takes its name for a quaintly (mispronounced word) meaning fever. The music does, in fact, reach such a feverish pitch at times that its heat can be felt much hotter than a life-giving sun. One thing is certain and that is once the music is heard there can be no forgetting it. Musicians play instruments—mostly brass, reeds and woodwinds—that are moving interminably and forever entwined with each other. Such is the brilliant unison of the ensemble. Every once and awhile, though, a musician will take a solo as they do on this magnificent recording which is a short scorching foray into the infinite. The soloist might encourage, even challenge a colleague to enter into what seems to be a duel. Notes are played in rapid succession, in short stabbing bursts and the instrumentalists respond to each other as if their lives depended on it. This is exactly what the maestro of this orchestra, Spok, does in “Onze de Abril” when he takes the floor with his burnished alto saxophone and proceeds to duel with the guest artist and soloist, the clarinetist Paulo Sergio Santos. They play phrases in capoeira-like leaps that reach higher and higher as they take aim at each other’s utterances looking to see who will best the other. Both win, of course, as both play exquisitely as does the orchestra behind them. And this is only just the beginning of the disc. 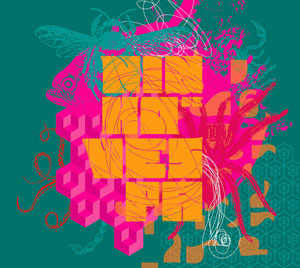 There are thirteen tracks on this magnificent recording and each is played as if Maestro Spok has decided to challenge his ensemble to beat the last one by upping the musical ante at the end of the song. Wave after wave of music seems to charge at the ear, each more beckoning than the last. The frenetic pace of the songs are almost forbidding for the musicians. But each one of the reeds and woodwinds players as well as bass and the percussion colourists dance around the shifting sands of the melodies. This glorious music is made even more memorable by the stellar line-up of guests who make lightening stops to grace each piece. Stellar musicians they are indeed; their names reading like a roll of honour in the Brasilian firmament. Paulo Sergio Santos on clarinet; Jovino Santos Neto, Adelson Viana (a brilliant accordion player) and Tiago Albuquerque on Fender Rhodes, Nelson Ayres on guitar, the great Hamilton de Holanda on mandolin, Master Zé Maria on trumpet, Dori Caymmi on vocals, Bráulio Araújo on bass guitar in a mind-boggling solo that defies gravity and Cesar Michiles on flute that also defies gravity. The repertoire is a mix of classic and modern; that is frevos written by this generation and the last. Arrangements are breathtaking and seem to have been written just for the Spok Frevo Orquestra. All of this makes the recording something to die for.

Motéma has, of course, picked a winner in releasing this recording. It will be remiss if this—like other Motéma releases—does not win many accolades. But then it seems par for the course with this mighty little label, a David amid Goliaths. And look who wins in the end: why the musician of course.

Bringing a traditional style of music into the 21st century is no easy task, yet virtuoso saxophonist and arranger Inaldo Cavalcante de Albuquerque, better known as Maestro Spok, has done just that on his US debut, Ninho de Vespa (Wasp’s Nest). Spok has assembled a 17 piece orchestra, performing what is arguably Brazil’s most creative music – frevo – and infusing it with the improvisational spirit of jazz. Just as The Buena Vista Social Club served to shine a light on the legacy of the great players of Cuban music, Ninho de Vespa‘s guest performers include many of the legendary musicians from Pernambuco, the birthplace of frevo. Ninho de Vespa will be released on October 28, 2014, on Motema Music, as the Orquestra kicks off a multi-city tour that includes stops in Boston, NYC, Philadelphia, Pittsburgh, Iowa City and Lemoni, Iowa, and St. Louis. Read more…