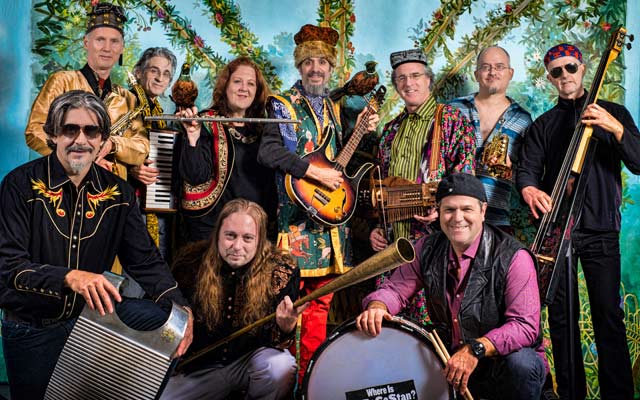 Frank Zappa once asked, by way of an album title: Does Humor Belong to Music?. Certainly with his own music the question was always a rhetorical one. But then Mr. Zappa was a rare genius, the kind that flashed across the musical landscape once in a lifetime. But physical anomalies are likely to happen once in a lifetime too and perhaps John Kruth is one such; a musical polymath who like Frank Zappa and George Clinton is a product of his own madcap capers as well. Whether he can sustain this incredible musical outrageousness for the length of a career remains to be seen. For now, however, John Kruth and his band of merry men (and women), a group called TriBeCaStaN are out to bedazzle you with music from a place on earth where the spectacular cultures of continents collide. 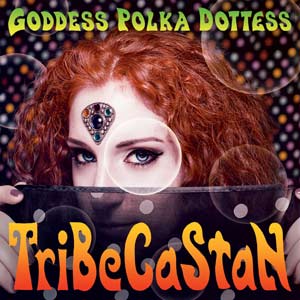 The real danger of doing what Mr. Kruth and TriBeCaStaN do or, more appropriately play, can be that it can all become a caricature of itself. When that happens, it ceases to have relevance. But as was once said, “Coals to Newcastle!” Also in their defence, when these musicians flip the bird at critics whose prudish sensibilities are offended, then mean it. Even the youngest ethnomusicologist will attest to the fact that the wild romp of the Ganesha festival in India is not unlike the wild adventure of the Carnival in Brazil, or even the dance of the shaman performing a ritual exorcism in Africa, or a peyote-infused one in the heart of the Amazon. So to experience the musical culture of nations as TriBeCaStaN do, while delightfully abnormal, is perfectly plausible and magical at the same time.

There is also a small matter of heart. It takes a special kind of musician to be able to find the heartbeat of a musical culture. Or put another way, you can learn to read notes on lines and in spaces, but to feel the resonating quality of each note and to find the soul of a phrase, or to inhabit a technicolour dreamcoat that swathes musical tonal (colours) requires something special – a sense of wonder; a questing soul and a restless un-put-down-able spirit. The musicians of TriBeCaStaN have all of this and more – the oomph that turns good into great. It is not always possible to find this in musicians despite the good intentions of conservatoires worldwide. This is what you learn on the Streets of Havana, in the dustbowl of the Pampas, in rural India and in the glorious heart of Africa.

So what can you say of Goddess Polka Dottess by TriBeCaStaN except that it is a wonderful record not simply worth exploring but falling prey to as well but…? You can dance to it, laugh to it, cry to it and be transported to a place you dare to imagine exploring by its transcendent music. Are the artificial boundaries of musical topography being abolished here? Probably that and more. But the best way to enjoy this record is to lie back and give in to its charms, or leap to your feet and – as the Rolling Stones once said – Get yer Ya-Ya’s out!

Nestled in the heart of New York’s bustling urban sprawl lies a sonic oasis in which the sounds of Africa meet New York loft jazz, Balkan rhythms merge with Appalachian bluegrass, and traditional Afghan melodies mingle with good old American rock and roll. Here folk instruments from all over the globe coexist in harmony (and mayhem) alongside banjos, mandolins, wailing reeds and punchy brass. Read more…

Various Artists: Piano in the House