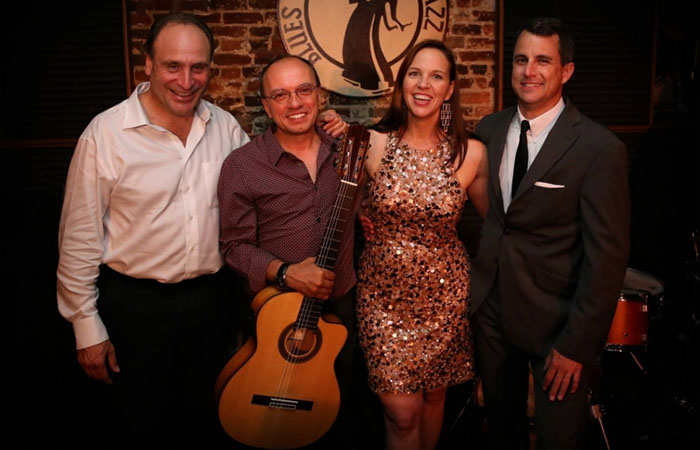 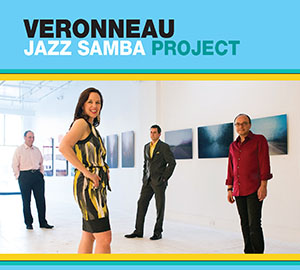 As the Brazilian pioneers of bossanova rhythms have done, Veronneau plays with the essential instruments used from the beginning in this musical genre, showing their poignant skill and feeling. When you listen to the first track “É Luxo Só” you can feel the high level of creative interpretation of this small band. It can be very hard to play Brazilian music because one takes the risk of sounding simple or flat in terms of interpretation, but the Veronneau band pays a wonderful tribute to the most representative Brazilian musicians and their culture because they maintain the characteristics of saudade in the rich music of this large, green country.

As the Brazilian pioneers of bossanova rhythms have done, Veronneau plays with the essential instruments used from the beginning in this musical genre, showing their poignant skill and feeling. In the classic “One Note Samba” the listener can distinctly note the knowledge and understanding that the band has, they keep the softness and flavor of the most elaborated bossanovas.

From this album I love the mixture of cultures and languages that Veronneau proposes. For example, the track “Waiting in Vain”, a popular reggae song by Bob Marley, was turned into a beautiful bossa version where if you did not know the original version, you might say that it is a classical pure bossanova song. Veronneau can get to that point where all the rhythms mix, keep their essence, making the new song a subtle game of sweet, majestic and thin musical beams. Another example of mixture is in the “Samba Saravah”, sang in French by Lynn Veronneau in a sensual and delicate way. The different tones that the French language imparts give this song a particular sound which creates a new musical atmosphere.

The guest musicians are clearly talented. Just to mention a few of the participants in the song “Autumn Leaves” the trombonist Jim McFalls plays velvety lines beside the angelical voice of Lynn. The saxophonist Jeff Antoniuk makes “Wave” a sublime song with a beautiful intro and a tremendous solo. Finally, Alejandro Lucini put his percussion talent to work complementing the drum lines.

The powerful and sweet voice of Lynn Veronneau, the accurate and deeply felt interpretation of the guitar players Ken Avis and David Rosenblatt, and the musical richness of the guest musicians make each of the songs on this album a tribute to Brazilian music.