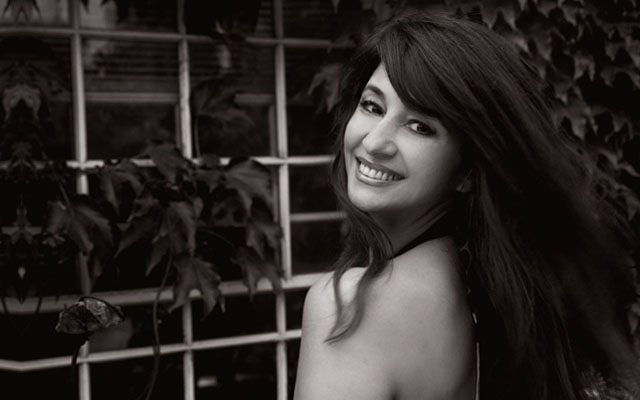 By the end of this programme of rather short works—most of which are little more than five minute spans of music –you can’t imagine why Zeynep Ozbilen is not better-known. The Turkish-Canadian musician is not just beautiful, but also has a most authentic voice: husky and sensuous, deeply lyrical and intimate, a singer who seems to whisper the lyrics of her songs in your ear in so compelling a manner that she makes your heart skip a beat or two. At her sublime best, Ms. Ozbilen’s recording is so singular that comparisons with other vocalists who embrace so many cultures aren’t relevant. She follows her own expressive rules, which are based on her own breathlessly beautiful musicology, which seems to set her free from anything that might restrict their glimmering ebb and flow of their oceanic sound. And once you get past the music’s exterior sheen you discover what you think might be the secret of Ms. Ozbilen’s magic, but suddenly the revelation of this secret eludes you again. 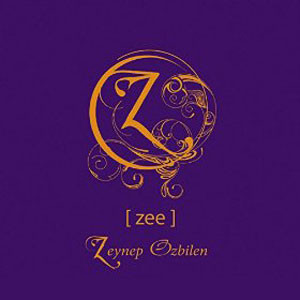 Zeynep Ozbilen’s music belongs to no one and to everyone at the same time. I cannot remember when I last wanted to listen to a vocalist’s record over and over again. So much does this record bewitch and seduce the listener. [ zee ] is one of the most alluring albums of this year so far. Its strengths stem from the purity and accuracy of the vocal lines and the sense of how forward-looking the music sounds every time you listen to it. The body of each song establishes a certain harmonic playing field familiar to anyone who knows what is to be mesmerised by the beauty of the proverbial dark lady of the sonnets. There, I said it: Ms. Ozbilen is absolutely bewitching, a singer who ensnares her listening prey by the rhapsodic departure from anything conventional by leading you on like that mythical pied piper towards a land where Middle Eastern music collides with European and American music producing something that you have simply never heard before—not even in your wildest dreams.

The record features music largely composed by the chanteuse that is as intriguing and beckoning as dark chocolate. As you would imagine this has a connotation of indulging in something that is forbidden unless it is consumed in secret. And even when you do so, you find yourself looking over your shoulder to see if anyone is watching you. Her Turkish version of the Blood Sweat and Tears’ “Spinning Wheel” is one of those songs that draw you in with its seductive vivacity. And even when Ms. Ozbilen speeds up the tempo of Charlie Chaplin’s classic “Smile”, the song still feels as if it is a miniature tone poem, only one where the rendition resembles something of a water colouring rather one that is made from something more viscous. At any rate this sone, like all of the other fare on this recording never loses its power to thrill and move you in a manner that you might never have been moved before.

Zeynep Ozbilen’s history is not the typical North American music success story! As a musical child growing up in the wonderful cultural city of Istanbul, her first official performance experience was playing Annie at age 12 in a local musical production. Continuing on with the lead part of Maria in Sound of Music at age 17, she developed not only a love for the stage and singing, but also a unique dramatic vocal style. The flavours of many different cultures and musical heritages continued to inspire her and she embraced them all, from the spicy rhythms and melodies indigenous to the Anatolian, Balkan and Mediterranean areas to some Ladino and even Latin American influences. Read more…