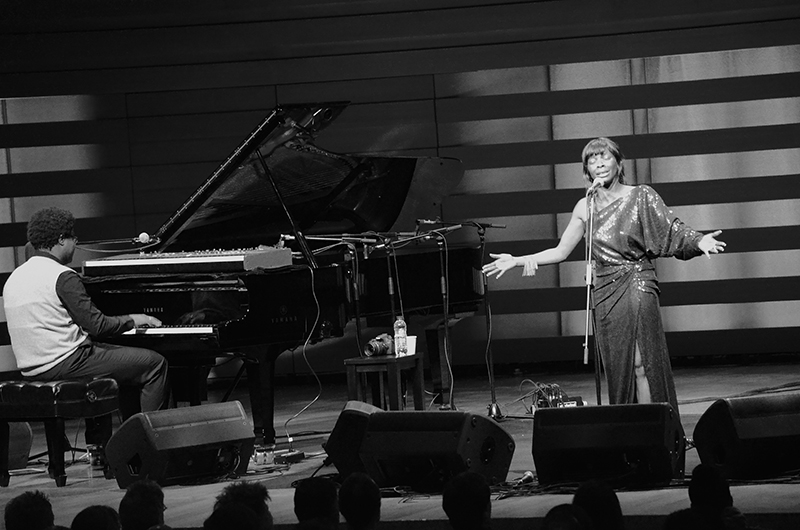 “Much like Chavela, Buika is able to make her audience feel completely exposed. Her songs transport us to a place where we are left face to face with our own romantic history, one in which our failures stand out the most. And, what’s more, after listening to her sing, one is determined to keep making the same mistakes because there are no rules, no common sense, no caution and no regret in passion.” Pedro Almodóvar

María Concepción Balboa Buika, better known as Concha Buika (Concha is an affectionate nickname for Concepción), or simply “Buika” made her Canadian debut at Koerner Hall in Toronto back in October 2010. It was a sold-out concert where she garnered public acclaim. Her second appearance at the same venue, last January 25, 2013, was again an impressive sold-out event.  The daughter of political refugees from the African nation of Equatorial Guinea, Buika grew up in a gypsy neighborhood on the Spanish island of Mallorca, where she was born. Since the early days when she started singing in bars and pubs in Mallorca, Buika has become an international superb artist, winning award after award. She’s been hailed as the “Flamenco Queen” and rightfully so. She has a strong following within a diverse audience with varied tastes that go along with the different musical genres she combines to create a concoction of her own. Buika’s music goes from traditional Spanish coplas, flamenco and gypsy rumba, to Mexican rancheras, soul, blues, jazz and Afro-Cuban rhythms. Truly World Music at its best.

On Saturday, January 25th, Buika revisited her most cherished songs, establishing an emotional, almost  magical connection with the audience from the very first note that came out of her mouth. At times provocative, seductive, motherly tender, and then outspoken, enraged, setting herself up on fire, apologetic… Buika transformed herself on stage, tearing her heart and soul to offer them to the mesmerized public as if being a goddess during an electrifying out of this world ancient sacrifice ritual. She sang, she danced, she acted, as in a theatrical piece, engaging in conversation and antagonizing with her beloved admirers, her loyal fans, pleasing their requests and giving them a piece of her mind. She did fresher versions of “La Nave del Olvido,” “Las Hojas Muertas,” “Siboney,” “Mi Niña Lola,” “El Ultimo Trago,” “Jodida pero Contenta,” “Sombras,” “Mentirosa,” “Luz de Luna,” which she dedicated to all Masters Composers. For the encore she reserved “Oro Santo,” receiving twice a long, standing ovation. Buika was especially touching when singing the songs from the album “El Ultimo Trago,” which she recorded with Cuban Piano Master Chucho Valdés. A Grammy Award winner produced by Spanish composer, arranger and producer Javier Limón, this album pays homage to the great Chavela Vargas on her 90th Anniversary, released while she was still alive.

It was quite an amazing experience to witness the power of communication through music. Even though Buika sings almost exclusively in Spanish, this was not a barrier at all to engage the audience. No language needed to connect with this amazing artist. Hers is the primeval voice of humankind, the universal idiom that we all understand. Pure feelings and emotions. Buika was supported on stage by two fantastic musicians, Iván “Melon” González Lewis on piano and Ramón Suárez Escobar on percussion.

Text and Photographs by Danilo Navas 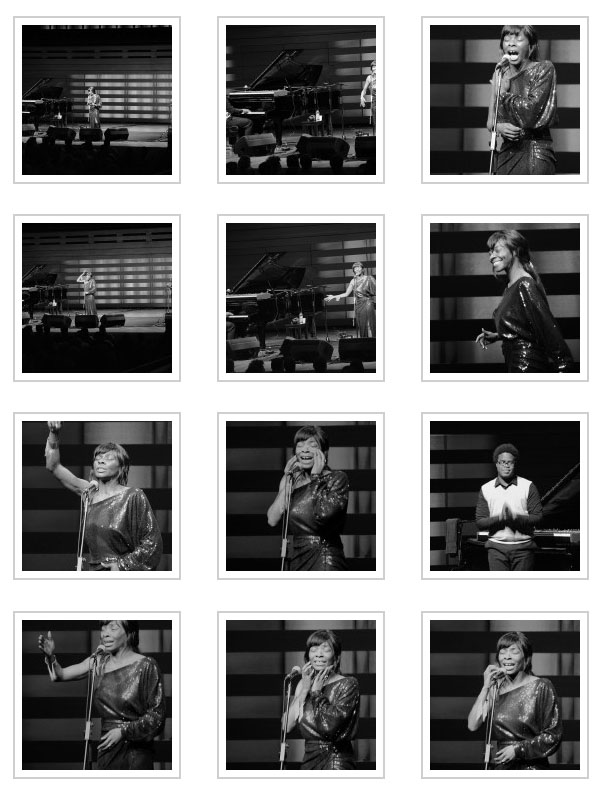