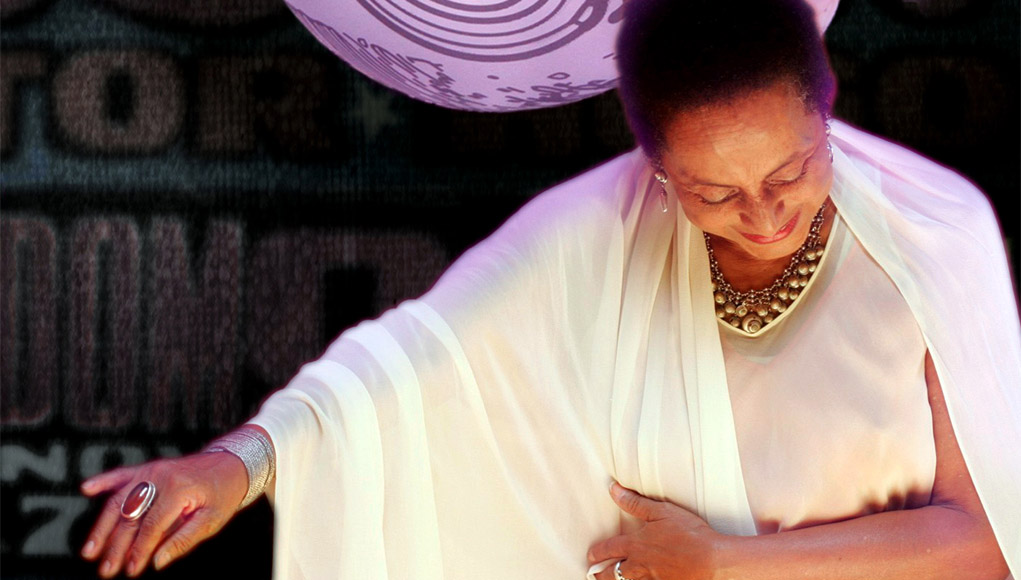 The Afro-Peruvian singer-songwriter Susana Baca made a rare appearance at PIONEER WORKS, a sprawling arts and exhibition space in Red Hook, Brooklyn.

“Our greatest challenge is to find the one true rhythm of freedom—something like the wind that allows a bird to fly, or a new language more powerful than speech, which holds you.” — Susana Baca

She has come a long way since her interpretation of “Maria Landó” appeared on David Byrne’s Luaka Bop compilation, THE SOUL OF BLACK PERU (1995), which launched her career and sparked a revival of Afro-Peruvian music that is ongoing.

On the political front, she is a former Minister of Culture and President of the Commission of Culture for the Organization of American States (2011-2013).

Dressed in a bright blue outfit and backed by a spectacular 4-piece group that included a guitar, violin, bass and Afro-Peruvian percussion, Baca was the spitting image of the Yoruba Orisha, Yemaya, Goddess of the sea and mother of all. She performed poetic songs (with lyrics composed by some of Latin America’s premier poets, with whom she collaborates) and traditional and modern songs whose themes revolve around work, love, struggle, sorrow, and Black pride.

Susana Baca’s shows have as much to do with basking in her presence as they do with her music. She is a Diva, a consummate show-woman who knows how to work a crowd, convey her message and present centuries of passionate tradition in a way that brings people together.

Nothing tops seeing Baca in a small, intimate setting but watching her convert a large, noisy crowd – many of who were first time listeners – and turn them into “believers” was a sight to behold.

What’s next for Susana Baca? Given her fascinating past only she can answer that. Whatever the future holds, let’s hope it won’t be long before she returns to our area and graces us with her presence.

Kudos also, to the World Music Institute and Pioneer Works for making the event possible.

Susana Esther Baca de la Colina (born Chorrillos, Lima Province, Peru, 24 May 1944) is a prominent Peruvian singer-songwriter; two-times Latin Grammy Award winner. She has been a key figure in the revival of Afro-Peruvian music. In July 2011, she was named Peru’s Minister of Culture in the Ollanta Humala government, becoming the second Afro-Peruvian cabinet minister in the history of independent Peru. In November 2011 she was elected to the Organization of American States (OAS) as the President of the Commission of Culture for the period 2011–13.

Baca grew up in a coastal fishing village Chorrillos, a district of the Lima Province of Peru, and part of greater Lima. Her music is a mixture of traditional and contemporary. Her backing band features indigenous Peruvian instruments such as the cajón (“wooden box”, whose origins lie in an upturned fruit crate), udu (clay pot), and quijada (jawbone of a burro) cheko a dried gourd, as well as acoustic guitar and electric upright baby bass. Although many of her songs are based on traditional forms such as the landó or vals, she also incorporates elements of Cuban and Brazilian music. Her debut CD for Luaka Bop, produced by Greg Landau, brought her to the attention of World Music audiences worldwide.

Her songs are poetic (with lyrics composed by some of Latin America’s premier poets, with whom she collaborates), rich with evocative imagery, and her voice is delicate yet soulful. She has an elegant and engaging stage presence, gliding gracefully about the stage while singing. Her delivery is so deeply felt and emotion-filled as to project a spiritual character, even in songs that are not expressly religious in subject matter.

Baca is an important figure in the revival of Afro-Peruvian music within Peru (see, for example, dancers from the Perú Negro troupe, as well as “Festejo” music), which, like the culture that produced it, had previously been little recognized, but which is now regarded as an important part of Peruvian culture. Baca has contributed much to its international popularity, which began in 1995 with the release of the compilation CD The Soul of Black Peru. The album, which features the Baca song “Maria Lando”, was released by the Luaka Bop record label, which belongs to ex-Talking Heads frontman David Byrne. 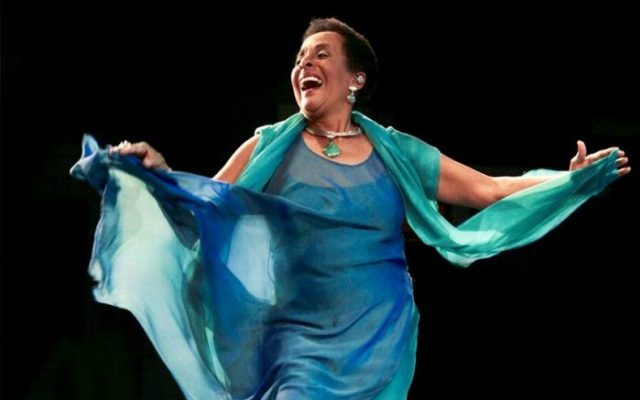 A graduate of Empire State College with a dual major in journalism and Latin American studies, Tomas Peña has spent years applying his knowledge and writing skills to the promotion of great musicians. A specialist in the crossroads between jazz and Latin music, Peña has written extensively on the subject.