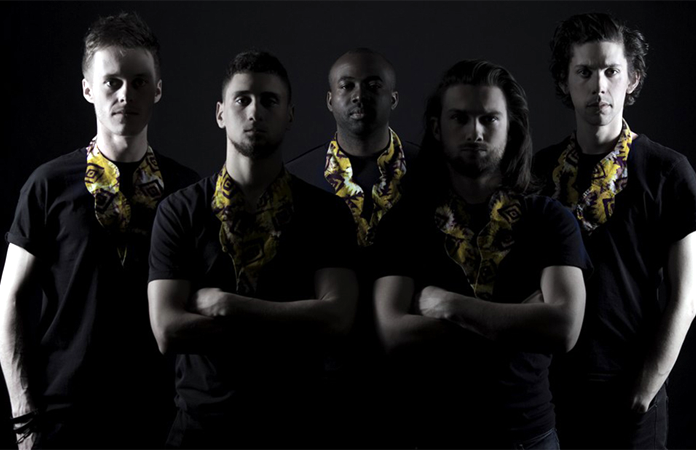 Back by popular demand! Aga Khan Museum’s Dancing in the Park series returns for a second season with performances and films guaranteed to get you moving. These events take place in the public space of the Aga Khan Park, a venue for individuals and families to gather and enjoy social and cultural activities all season long. We look forward to welcoming you!

Put on your dancing shoes this Canada Day as we kick off our Dancing in the Park series with a free outdoor concert! Montreal-based group Jazzamboka take the stage with Congolese music influenced by jazz and funk rhythms, and dancer Fumu Jahmez leads a workshop of accompanying steps and moves.

Winner of the Stingray prize for best composition at the Festival International de Jazz de Montréal 2017 Jazzamboka is the coming together of jazz and “yamboka,” meaning village or country in the Congolese language of Lingala. Despite the name, the band, made up of five Quebec residents (two of Congolese origin), does not limit itself to conventional jazz. They prefer instead to draw on their diverse musical backgrounds including hip-hop, soukous, be-bop, funk, rock, electronic and, above all, the music of Central Africa. Incorporating a variety of traditional and ancestral musical instruments into the band’s core instrumentation, namely the lokolé and the ngoma, helps create Jazzamboka’s unique signature sound.

Fumu Jahmez is a performing artist who specializes as a dancer, singer, poet, and writer. Born in the Democratic Republic of Congo, this multi-talented individual strives to create, unite, and inspire. He has performed with Congolese artists including Papa Wemba and Ray Lema. He moved to Toronto in 1993 and entered the Toronto arts scene performing at an open mic event, where he utilized his gifts as a dancer, poet, and singer. He has worked with a variety of artists and dance companies in the Greater Toronto Area, joined Red Slam Collective in 2012, and currently teaches African dance workshops across the city.

Dancing in the Park: On Stage with Colectro and Noventa Dance Projects