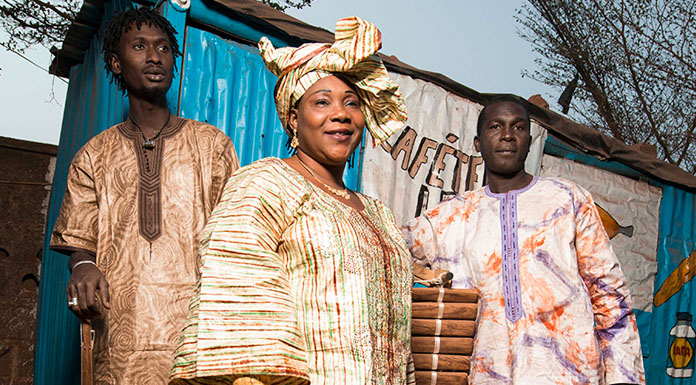 In addition to two other projects, a long-term partnership between the AKMI and the Kronos Quartet is responsible for the September 2017 album uniting Trio Da Kali with the Kronos Quartet, Ladilikan. The album has received rave reviews by the Guardian (“spellbinding”) and Robert Christgau (“gorgeous”). Additionally, balafonist Lassana Diabaté now leads a new AKMI initiative to support and educate young Malian musicians.

Since 2016, our World Music Series has been connecting cultures and inspiring conversations. This season the series continues under a new banner of Global Conversations with the rhythms and sounds of Syria, Mali, Afghanistan, Iran, Turkey, and Canada. This show is presented in partnership with Batuki Music Society.

Lassana Diabaté is the Trio’s musical director and master balafonist. One of Mali’s most astonishing musicians, Diabaté has recorded and toured with many of West Africa’s foremost artists and has contributed to Toumani Diabaté’s Grammy Award-nominated Afrocubism album and Diabaté’s Symmetric Orchestra project.

Mamadou Kouyaté is the bass ngoni player and the youngest member of the Trio. Still in his mid-twenties, the eldest son of world-renowned Grammy Award-nominated ngoni player, Bassekou Kouyaté, Mamadou brings a contemporary feel to the traditions he learned from his father.