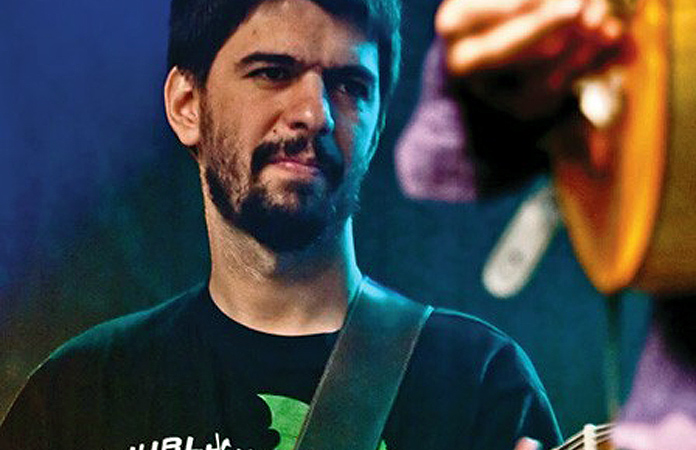 Daniel Santiago has the rare distinction of being popular with audiences and critics and he comes from a long and deep tradition of Brasilian guitarists. Over the years he has produced vivid music not only for Seu Jorge, Djavan and João Bosco, but also for the great bandolim player Hamilton de Holanda and, of course for solo projects. His work traverses a variety of styles which uses modal and tonal techniques. He often draws on sounds and images from Brasilian folk music, but also makes frequent gestures – often of a sombre nature – towards urban imagery. What distinguishes his music from many other guitarists of his time is that he has a talent for lucid narrative structure, a talent most apparent in the long, usually unbroken lines in which these stories unfold.

It’s no surprise that Mr Santiago also attracts the attention of his peers and on one of the two new discs for Adventure Music he has done just that, and produced a profoundly beautiful and pensive duo album with the wunderkind of Brasilian guitar, Pedro Martins. Mr Martins differs from Mr Santiago is one elemental aspect. While the latter can engage in dense melodic and harmonic excursions in his music, Mr Martins favours more lithe lines and he stands out in the crowded Brasilian field with the complete naturalness of his playing striking a balance between volatile virtuosity and near-classical elegance.

Mr Santiago’s other recording also features Mr Martins skills, but this one invites him to work the electronic keyboards, something he does with great invention, bringing a dramatic new palette of sounds and colours to the disc. A host of other musicians also bring their superlative skills to this project and these also include the extraordinary harmonica player Gregoire Maret and Shai Maestro, a pianist of enormous skill who has also played with the prodigious bassist, Avishai Cohen. 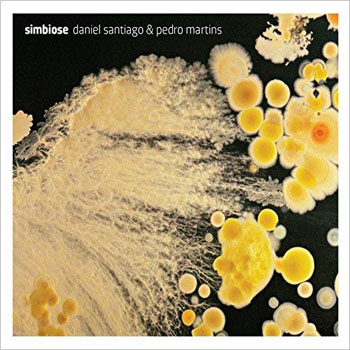 The wonderful empathy with which the guitarists perform certainly justify the prophetic title of the song and the album, Simbiose. The music naturally soars in the quietude of this duet and often reaches a rarefied realm – especially in “Refletindo” – where the fervour of the playing suggests that the music rises above all else to attain a kind of poetry of emotion. The settings cover a range of moods and feelings, which in their extreme virtuosity the guitarists probe and pursue with the most acute psychological insight. Each narrative is vivid and visual, and its characters are given a real, living presence by the lively musicianship of these two guitars. Both Mr Santiago and Mr Martins combine beauty of tone and texture with interpretative skills that get into the very psychological heart of these magnificent songs. 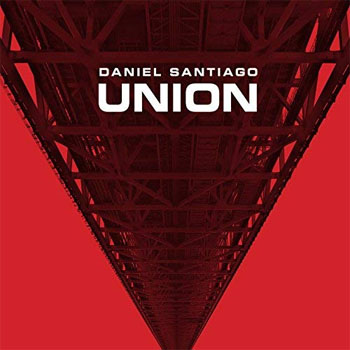 The album starts off as a kind of metaphor for the melding of musical minds, but once the collision of all of the minds engage in this project it seems to grow into a kind of geological structure with music weaving in and out of it like various strata of sounds – some produced by acoustic instruments and the human voice and others by electronically sampled sounds and instruments – whose shifting relationships evoke the massive shape of the musical topography of our planet. Sometimes the strata stack up immensely; at other times they thin to the most diaphanous textures as in “Valentina” but always there is the sense of returning to the same point of “Union”, only to discover that the view of it, instigated by Mr Santiago, of course, has changed. On top of these seismic musical processes, Mr Santiago has created a virtuoso faux-orchestral superstructure whose details suggest the teeming surface life of earthly unions in all their protean variety.

The Aesthetic of Johann Sebastian Bach: A Masterpiece Revisited