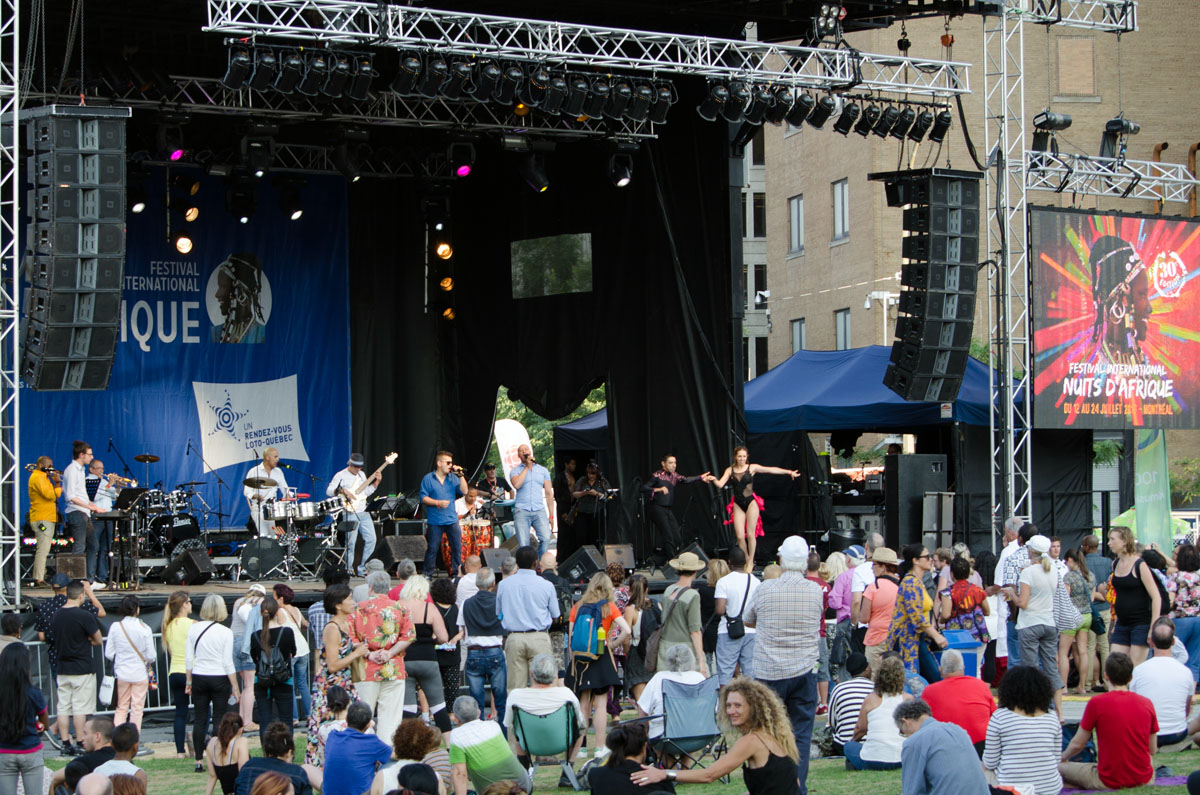 30 years ago, in 1987, Lamine Touré had a dream. He turned his dream into reality when Nuits d’Afrique was born.

It all started in 1986, with the opening of Club Balattou at 4372 Boulevard St-Laurent, in Montreal. Lamine Touré, a true Canadian born in Guinea envisioned a place where people from diverse cultural backgrounds, African, Latin, Caribbean could get together feeling welcome and sharing their common roots. More than a club, a gathering space where music, dance, audience and artists would feel like being at home. In 1987 the first edition of Nuits d’Afrique, the festival, took place at Mr. Touré’s  now legendary Club Balattou. 30 years have passed since then and the festival just keeps getting stronger. 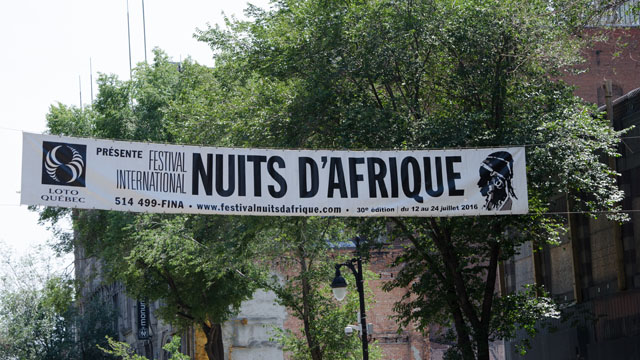 One month has passed since the celebration of the 30th Anniversary of the International Festival Nuits d’Afrique and the preparations for next year are already under way. This is a remarkable event in the artistic, cultural and social life of Montreal, recognized in 2015 as one of the 10 major events in the city. Having the opportunity of covering the outdoors portion of the festival was an amazing experience. For four days, from July 20 to 24, I took in as many concerts as possible from a diverse programming representative of the multicultural communities that call  the city of Montreal home. International and local artists with deep connection to their countries of origin attracted large crowds of loyal music lovers. Internationally, Nuits d’Afrique is truly a benchmark for the World Music scene. Now I’m gladly sharing my experience with our followers from the rest of Canada and from around our small global village. Check out the following snapshots and brief portraits of some of the artists that contributed to the success of Nuits d’Afrique in 2016. 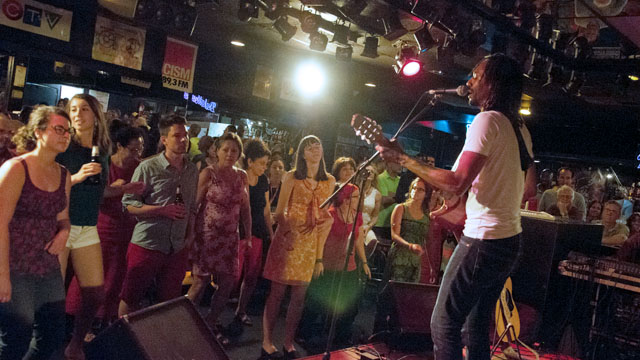 Daby Touré made an intimate appearance at Club Balattou on the evening of July 20th. It was great to see him in a small venue. He performed solo, and then with a small group of musicians from Montreal. He sang songs from his latest album Amonafi, mesmerizing the audience with his joyful, infectious melodies and his electrifying sound, very contemporary, but at the same time embedded in his roots and traditions. 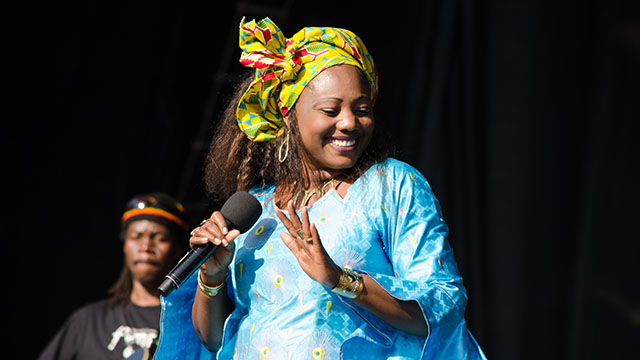 Amity Meria from Burkina Faso is a multi award-winning artist, singer and composer whose music offers an open window to her Mandinka culture. She represents Burkinabe music with much pride and elegance. A radiant aura involves her while she’s performing, projecting positive vibrations through her compositions and melodies. 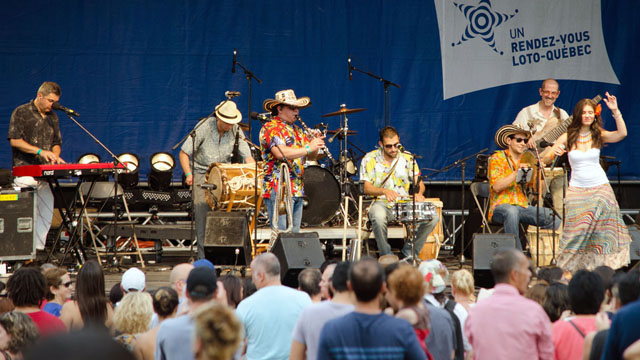 Bumaranga is a fascinating band rooted in the richness of the Afro-Colombian musical traditions. A powerful septet based in Montreal whose music makes it impossible to stand still when they are performing, sending waves of sounds that makes you move. They fill the air with their contagious rhythms: puya, cumbia, tambora, mapalé. 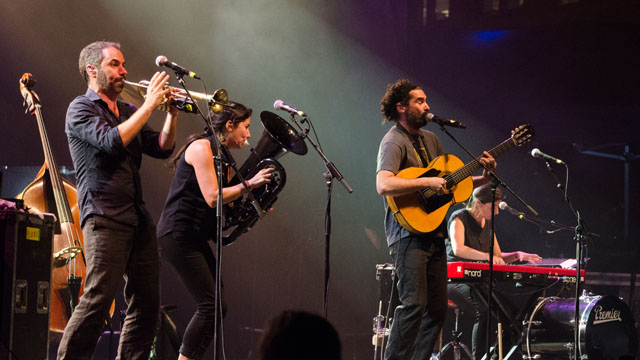 Les Ogres de Barback, a French quartet of brothers and sisters, multi-instrumentalists, are a highly entertaining and engaging band. They offer an exhilarating show, amusing and rebellious at the same time. Their musicality, poetically charged and conscious lyrics, reflective of their socio-political environment combine in a hilarious way. 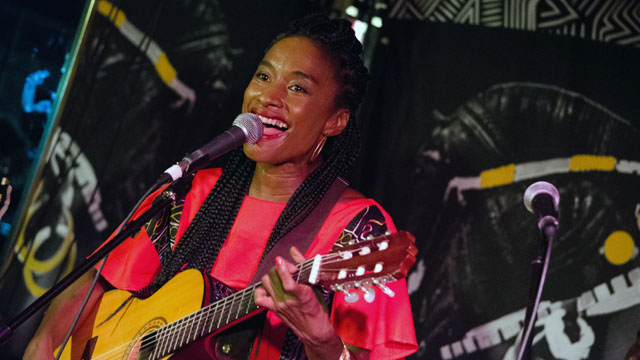 A gifted, charismatic performer, Senaya exudes positive vibes, joy, happiness, on and off stage. An independent an eclectic artist whose music combines a whole array of rhythms, from Africa, from the Caribbean, from the Old and the New worlds. You can define her music with one word: groovy. An enjoyable and makes you feel good act not to miss. 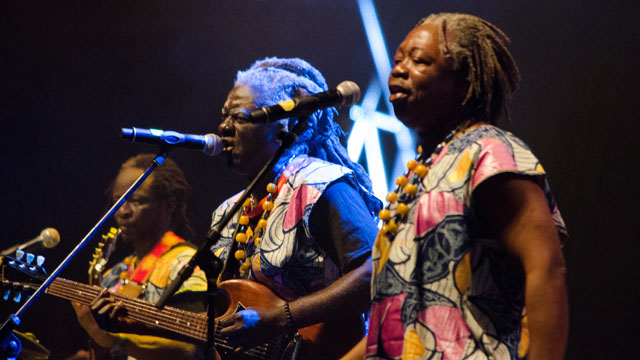 The story of how this incredible band came to be is the stuff of legends. Formed in the late 90’s in refugee camps in their native Freetown, capital city of Sierra Leone, during a long civil war that raged across the country, the Sierra Leone’s Refugee All Stars have become ambassadors of the suffering of refugees worldwide. Their music is uplifting, a gift to the world. Their pulsating rhythms keep you moving to the beat. 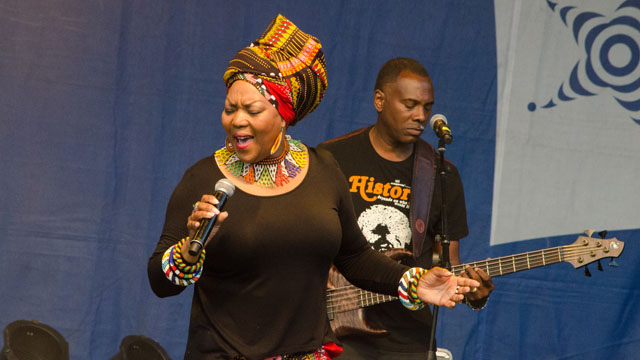 “Lorraine Klaasen is one of that ‘new generation’ of South African artists. It was from her mother Thandie Klaasen -a musician of considerable repute in South Africa- that Lorraine Klaasen inherited her artistic abilities including her wondrous musicianship. Living in Montreal, Ms. Klaasen is, predictably, the queen of the ball with her poised, silken and sensuous mezzo voice”. Excerpt from Nouvelle Journée by Raul da Gama. 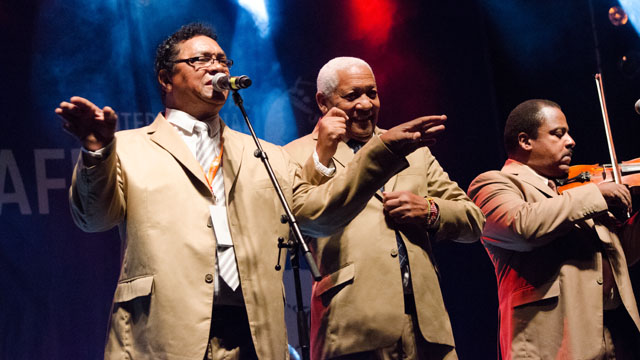 Legendary Orquesta Aragón never fails to amaze. Always at the top of its game. Over the years some of its members have left, some have passed away, but new members keep the flame alive. After more than 75 years of blessing the world with their music, Orquesta Aragón continues to be a cornerstone of the Cuban musical world. Their concert was one of the top shows of the festival this year. A very unforgettable experience indeed.